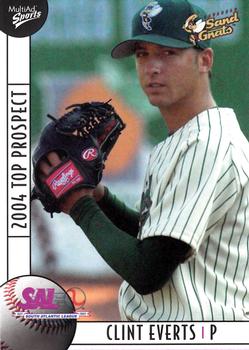 In 1988 the movie Bull Durham helped popularize the image of affiliated minor-league baseball as the repository of wild and crazy fun, sufficiently removed from Major League Baseball’s corporate image and structure to expose the players’ and teams’ authentic natures. The lesser-known independent minor leagues, however, such as the CanAm League, Frontier League, and Atlantic League, have their own fascinating stories to tell, some of which make the happenings in Bull Durham seem … conventional. From Bill Murray and Mike Veeck’s St. Paul Saints of the Northern League in the ’90s offering fans massages from nuns in the grandstands1 and having trained pigs transport baseballs to the home-plate umpire,2 to the Atlantic League’s experimenting with robot umpires3 and introducing the “steal” of first base in 2019,4 the independent leagues have historically offered their own version of unorthodox baseball entertainment.

On July 31, 2014, the Sugar Land Skeeters hosted the Bridgeport Bluefish in an Atlantic League showdown.

The moribund Bluefish came to the Houston suburb to face the surging Skeeters, the 1,700-mile trip from Connecticut being made more tolerable by the rare opportunity for an Atlantic League team to fly rather than endure a painfully long bus ride. Former Blue Jays star first baseman and two-time Atlantic League Manager of the Year Willie Upshaw had gained great local popularity guiding the ’Fish to 604 wins during his two separate stints with the club between 1998 and 2014. The club had been struggling, and started the last day of July with a record of 33-60.

The Skeeters, meanwhile, managed by former Twins third baseman Gary Gaetti, were off to a hot second-half start en route to an 80-win season, and looking like strong candidates to win the second half-season Freedom Division title and solidify a berth in the Atlantic League Championship Series.

Independent league rosters tend to feature former Organized Baseball players who still hope to catch on with an affiliated team, who still feel that they have “something left in the tank,” or who just appreciate that collecting a paycheck for playing professional baseball – no matter the skill level or pay grade – is still preferable to relinquishing their dreams and going out into the “real world” to work at a normal job.

Clinton Charles Everts was a dominant high-school pitcher for Cypress Falls High School in Houston, a school that produced two first-round picks in the 2002 draft: Everts (fifth overall) and his rotation-mate (and 15th pick overall) Scott Kazmir. Kazmir, Cole Hamels, Prince Fielder, Nick Swisher, Matt Cain, and Zack Greinke8 were all selected after the Expos took Everts, while Melvin Upton (second overall) went just three picks before Everts. The Expos clearly saw something in the 6-foot-2 righty and inked him to a $2.5 million signing bonus.9

Everts quickly showed that he belonged in the pros, and at age 19 posted a 2.49 ERA with a nearly 5-to-1 strikeout/walk ratio for Savannah in Class-A ball. He made it as high as Triple-A Syracuse in 2009, a season in which he posted an 8-1 record and 1.65 overall ERA. He continued to pitch well for various teams and organizations at the Double-A and Triple-A levels from 2009 to 2012 but never got the call to the major leagues. In 2013 he struggled in only 15⅔ innings in affiliated baseball, and ended up in the Australian Baseball League, pitching for the Canberra Cavalry.

At the age of 28, Everts returned to the States, where he latched on with the Sugar Land Skeeters, whose Constellation Field home was a 30-minute drive from his high-school ballfield. Everts posted a 5-2 record with a 2.71 ERA with only 49 hits allowed in 63 innings for the Skeeters in 2013.

In 2014 Everts gave it one last shot with the Skeeters. On July 31, 2014, 11 days shy of his 30th birthday, the bonus baby and veteran of 12 professional seasons came within a whisker of making baseball history as he flirted with a no-hitter against the Bluefish.

Everts described the feeling going into that start as “just another day,” that there was no special feeling during his pregame warmup. But then the little things started to happen. During Everts’ warmup pitches for the top of the first, he noticed that the PA system was playing a different song than usual, and that left fielder Ryan Langerhans was for some unknown reason sporting a mischievous grin. Travis Scott, a veteran catcher and fellow Canberra Cavalry alumnus, was in perfect sync with Everts as the two worked together quickly and efficiently.10

The Skeeters scored two runs in the bottom of the first inning on RBI singles by two former major leaguers, DH Delwyn Young and right fielder Brian Barton. They added a third run in the second inning on a sacrifice fly by Young, giving them a 3-0 lead.

Everts didn’t give up a hit through the first seven innings. Sugar Land scored three more times in the bottom of the seventh, on Scott’s sacrifice fly and a two-run double by first baseman Nick Stavinoha. That made it 6-0.

Everts pitched a hitless eighth as well, largely pitching to contact, striking out only four, and relying on excellent defense. Langerhans made a diving catch that reminded Everts of Jim Edmonds’ defensive heroics, and Everts himself made a play on a swinging bunt down the third-base line that he later admitted he “had no business making.”11

Then came the ninth inning. Bluefish center fielder James Simmons, a former San Francisco Giants prospect who played for the Acereros de Monclova of the Mexican League in 2013, made an out to start the inning. Right fielder Prentice Redman then reached on what was at the time ruled an error by Skeeters third baseman (and fellow Cypress Falls High School product) Chase Lambin.12 Still, a double play and Everts’ name would be indelibly etched in the record books. But Bridgeport second baseman Ramon Castro stroked a clean double to left field to end the no-hit bid. Left fielder Fred Lewis followed with a two-run triple to break up the shutout, prompting manager Gaetti to pull his starter after a nearly unblemished 103-pitch outing. Reliever Gary Majewski retired DH Casper Wells but then allowed a run-scoring single to Fish first baseman Luis Lopez, making the score 6-3, before closing out the game.

Everts later recalled having lost a no-hit bid against the Southern Maryland Blue Crabs earlier in the season. Nursing a 1-0 lead after seven no-hit innings, Everts allowed a single and then a two-out home run, losing the no-hitter, the shutout, and ultimately the game. As disappointing as it was to come so close against the Bluefish, Everts acknowledged that he “could live with losing the no-hit bid because we got the win,” and that it would have “been ridiculous” if the Skeeters had lost again after taking a no-hit bid so deep into the game.

The 2014 season was Clint Everts’s last as a professional baseball player. As of 2019 he was the head baseball coach at St. John’s School in Houston, where the school’s motto, “Not Without Honor,” seems appropriate for such a fierce and classy competitor. 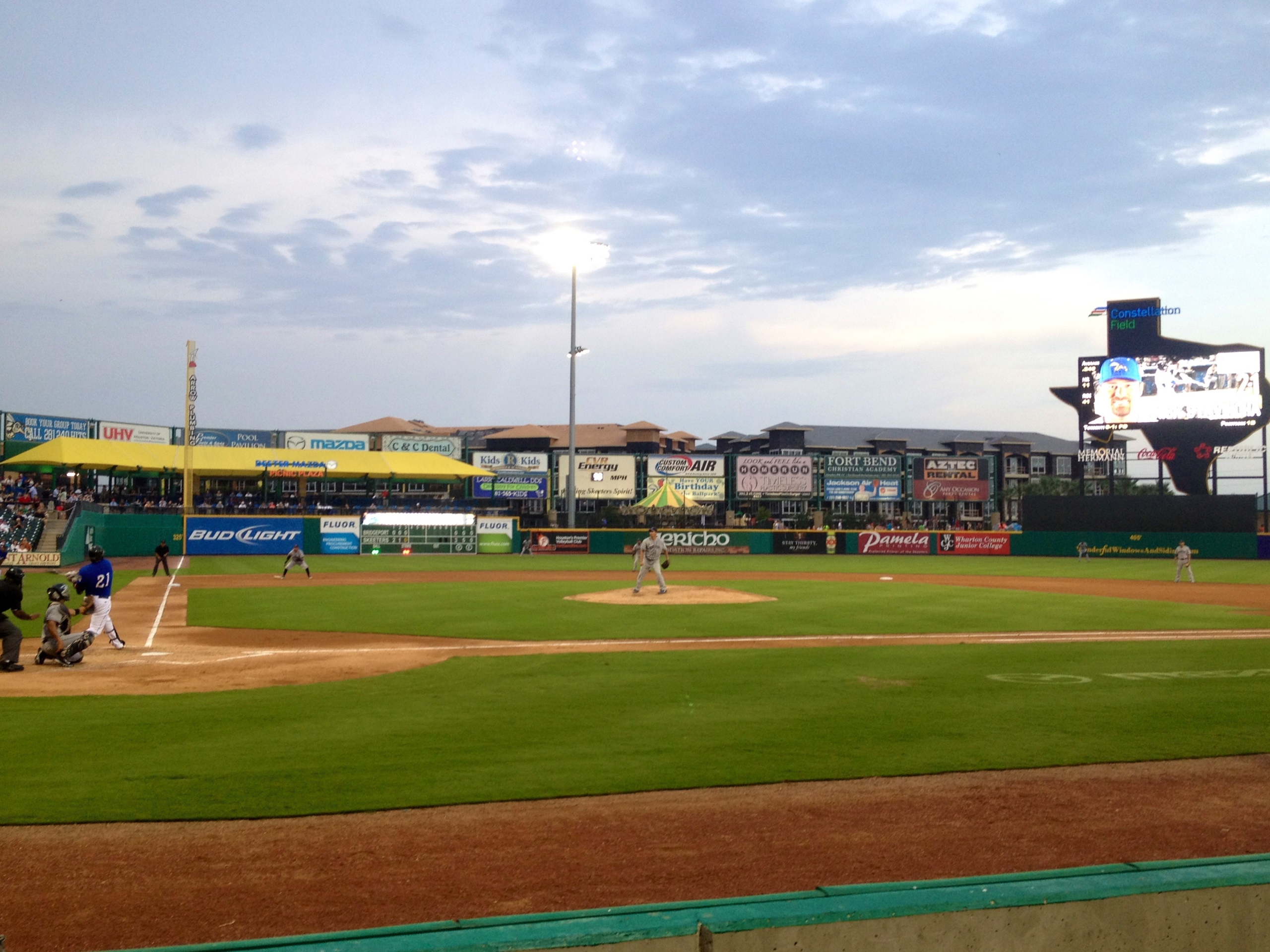 The author wishes to thank Ryan Posner, media relations coordinator for the Skeeters, for his research assistance, and Clint Everts for sharing his recollections of the game. He consulted the game’s box score and “Bridgeport Hitless Until 9th,” Connecticut Post, August 1, 2014: C5.

1 C.J., “Sister Rosalind Has One of the Most Gripping Handshakes in the Metro,” Star-Tribune (Minneapolis), July 2, 2016. https://m.startribune.com/c-j-sister-rosalind-has-one-of-the-most-gripping-handshakes-in-the-metro/387976122/.

5 In 2001 John Paul Bonser legally changed his first name to his childhood nickname of Boof.

6 Ohka had not pitched in the United States since 2009 and had “reinvented” himself as a knuckleballer. In 2014, at the age of 38, the former 13-game winner for the Expos went 7-12 with a 5.15 ERA for the Bluefish. Ohka allowed a whopping 190 hits in 157⅓ IP. He walked 74 and struck out only 49, and posted a WHIP of 1.678. He was allowed to make 26 starts that year, perhaps more as a tribute to the high-profile player’s ability to draw fans than for his on-field performance.

7 NBA Hall of Famer Tracy McGrady attempted a professional baseball career after retiring from pro basketball. Despite his outstanding athleticism, the seriousness and dedication with which he approached his new endeavor, and his imposing 6-foot-7 frame, McGrady went 0-4 with a 6.75 ERA for the Skeeters in 2014. In four starts spanning 6⅔ innings he walked 10 and struck out … zero. Based on this performance, McGrady was named the starting pitcher for the Freedom Division in the 2014 Atlantic League All-Star Game. McGrady notched his first and only professional strikeout in the game and promptly retired from professional baseball. He and his Little League partner had won the Atlantic League Home Run Derby, 7-6, the previous day, with all seven home runs coming from McGrady’s slugging young partner, Will Dolan.

8 Zack Greinke was selected by the Royals immediately after Everts in the 2002 MLB June draft and in 2019 was with the Astros in the fourth year of a $206.5 million contract.

9 Everts was also a switch-hitter and sported a .333 career batting average. (He was 1-for-3 in his career.)

10 Not Travis Scott the “rap artist” – this one went on to win the Atlantic League All-Star Game MVP award in 2015.

11 Email from Clint Everts to author on December 5, 2018. All quotations attributed to Everts come from this email.

12 The official box score shows that Redman had a hit in the game, from which one might infer that the scoring decision was later changed from an error by Lambin to a hit for Redman.