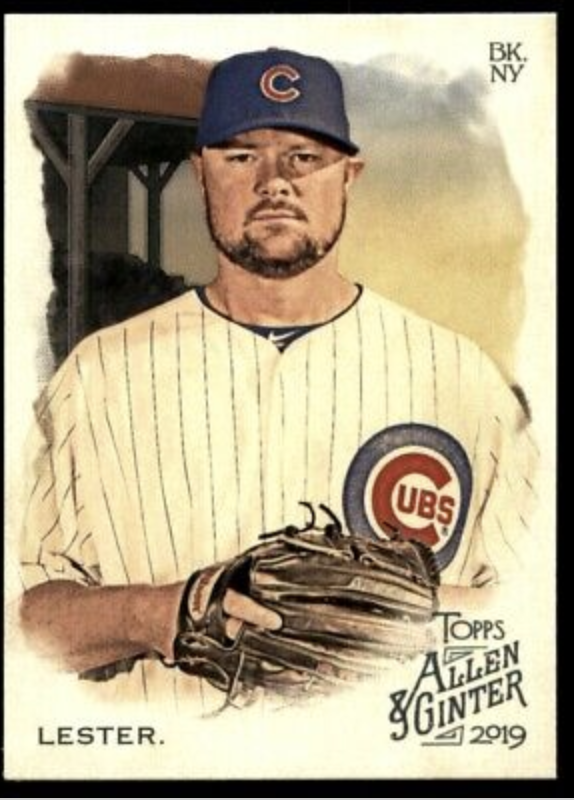 Who needs Casey? Cubs fans will forever more repeat the tale of “Lester at the Bat.”

In its century of hosting Chicago Cubs games, Wrigley Field has seen some unorthodox tilts. In 1917, Cubs pitcher Hippo Vaughn no-hit the Cincinnati Reds for nine innings only to lose the game in the 10th. Sixty-two years later, in 1979, the North Siders bombarded the Philadelphia Phillies with 22 runs. They lost. In 1984, Ryne Sandberg homered twice off future Hall of Famer Bruce Sutter to snatch victory from St. Louis in extra innings in a game that helped lead the club to their first postseason berth in 39 years.

In the thick of a pennant race in July 2016, the deciding blow was struck by a man who at one point in his career was the worst hitter in major-league history. Cubs fans who were dreaming of an end to the team’s 108-year-old World Series drought saw their hopes bolstered by the wild, 7-6, extra-inning comeback against former Cy Young Award winner Felix Hernandez and the Seattle Mariners. The win gave the team a jolt after a disappointing July and propelled them to successful end to a season that will be remembered as long as games are played at the corner of Clark and Addison.

Cubs skipper Joe Maddon entered the final game of the month having overseen his charges race to baseball’s best record. However, fans had seen the squad limp through an 11-14 July, bringing back memories of teams past that watched big leads melt away in the summer sun. To give his rotation a day of rest, Maddon gave a spot start that doubled as an audition to journeyman pitcher Brian Matusz in the hope that the veteran could manage to give the team a quality start before giving way to the bullpen.1 The regular starters welcomed the day off. “We’ll use that day however we need to the best of our abilities,” said Jake Arrieta, adding, “We’ll find a way to use that day to get some work done and get better and move forward.”2 Matusz, pitching for his third team in the last three months, failed miserably, surrendering a trio of two-run homers to Mariners hitters in his brief stint. Nelson Cruz and Robinson Cano each reached the bleachers before a third-inning bomb off the bat of slugger Dae Ho Lee chased Matusz from the game to a chorus of boos from the capacity crowd who were despondent over the 6-0 score. It was at this point that a combination of stellar relief pitching and baseball magic took over, giving the Wrigley faithful a game for the ages.

The fact that the Cubs won after trailing by six runs is noteworthy but certainly not without precedent. What makes this game destined for an eternal position in Chicago Cubs history is the bizarre set of events that led to the victory. The comeback began in relatively straightforward fashion as the Cubs scored twice off Hernandez in the fifth inning via a bases-loaded walk to Ben Zobrist followed up by Addison Russell being hit by a pitch to drive home Dexter Fowler. Hernandez’s wild streak elevated his pitch count to 103 pitches through five innings and led to the Mariners’ bullpen being called on to finish the game for manager Scott Servais. It was here that things got progressively stranger as the night went on.

Seattle struck back in the sixth, loading the bases with no outs before reliever Travis Wood escaped the mess with no runs scoring. Maddon then rewarded Wood in a most unusual manner for a relief pitcher: The Cubs skipper sent him out in the seventh to play left field. According to Maddon, the move was designed to keep the versatile Wood available to pitch later in the game to bolster the beleaguered Cubs bullpen. “This stuff with Travis and [Strop],” Maddon said after the game, “that was necessary … based on the length of the bullpen.”3

Wood’s outfield abilities were put to the test with one out and one on in the seventh. Franklin Gutierrez crushed a drive to deep left field that Wood corralled as he crashed back-first into the ivy-covered bricks. Wood’s fielding prowess caused a long ovation from the bleacher denizens, who began bowing to him as they used to do a generation ago to the great Andre Dawson. Wood continued in left field until there were two out in the eighth when he returned to the mound to face Leonys Martin in a lefty-lefty matchup with a runner on first. Rather than deal with Martin, Wood picked Shawn O’Malley off at first base to end the inning. The sides traced scoreless frames until the last of the ninth, where the zaniness that marked the night resumed.

Leading 6-3 to start the bottom of the ninth, the Mariners summoned Steve Cishek to close out the fray as he had done the night before. With one out, the rally began. Anthony Rizzo and Zobrist hit safely and Russell’s single made it 6-4 as Rizzo scored. Jason Heyward was hit by Cishek to load the bases for rookie catcher Willson Contreras. Contreras rapped a groundball to third for what looked like a game-ending double play, but the hustling catcher beat the throw to first by an eyelash to plate the Cubs fifth run. The play was reviewed by the umpires and upheld, and the delay may have rattled Cishek. The Mariners hurler uncorked the wildest of wild pitches to Matt Szczur, easily missing the plate by a good five feet, and Russell waltzed home to knot the game, 6-6, to the delight of the partisan crowd. Bizarre? The best was still to come.

The game remained scoreless until the bottom of the 12th, when Heyward led off with a ringing double and advanced to third on a fly out. The pitcher’s spot was up, but the bench was empty, so empty that Maddon called on Jon Lester to grab a bat and win the game. The e Jon Lester who, by dint of his record-setting 0-for-66 start to his batting career, was at one point the worst-performing batter in baseball.4 Lester hadn’t been put in this position since high school by his reckoning, allowing that “guys threw a lot less hard back then.”5 The career .051 hitter was up to the challenge, and the wild game got the finish it so richly deserved.6

Lester worked the count to 2-and-2 against Mariners reliever Cody Martin when Maddon called for the safety squeeze. Lester got the bunt down while Heyward broke perfectly from third base and dove across the plate with the winning run, setting off an epic celebration. Lester was mobbed by his teammates, who simultaneously ripped his jersey from his body, covered him with rosin, and doused him with water bottles. In a game in which a pitcher played left field, a catcher’s speed saved the game, and the tying run scored on a pitch that missed the catcher’s lunge by a foot, it was the unlikeliest batter of all who drove home the winning run to capture the series two games to one.

Even in a year when the Cubs were a legitimate threat to win the World Series for the first time since 1908, a certain amount of pixie dust was needed along the way to pull off the deed. Maddon seemed to agree with this assessment. “This is the kind of thing that, if it plays out properly, when you make that DVD at the end of the year this is the game that’s highlighted the most.”7 Cubs fans looked forward to finding out.

5Paul Skrbina, Jon Lester on walk-off bunt:  ‘I Blacked Out for a Minute,’ ChicagoTribune.com, chicagotribune.com/sports/baseball/cubs/ct-jon-lester-walkoff-bunt-20160801-story.html,  August 1, 2016.