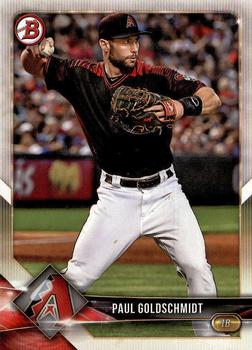 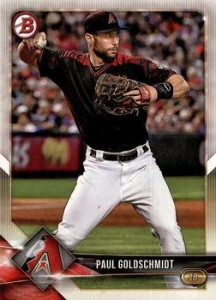 While they set some offensive records during their run to the postseason in their second year of existence, 1999, the Diamondbacks have been known more for their dominant pitching over the first 20 seasons in franchise history. From Andy Benes to Randy Johnson and Curt Schilling in the earlier years to the more recent exploits of Brandon Webb and Zack Greinke, having an ace at the top of the rotation prevented long losing streaks and gave opponents pause that they often wouldn’t be scoring many runs.

Returning to the comforts of home after an 8-2 road trip, the Diamondbacks on July 7, 2018, carried a 3½-game lead over the Dodgers in the National League West. They promptly dropped six of the first eight games on the homestand, including splitting the first two of a four-game series against the division rivals San Diego Padres.

Things hadn’t been going as well for the team from Southern California. The Padres were 14 games below .500 and trailed Arizona by 11½ games.

The pitching matchup on the 7th was Tyson Ross (5-6, 3.78 ERA) for the Padres facing the Diamondbacks’ Robbie Ray (3-1, 4.89). Ross had flirted with a no-hitter on April 20, not giving up a hit for his first 7⅔ innings; he had started the season with “seven quality starts in his first 10 outings.”1 In this game, though, neither pitcher fared well, and it was up to the bullpens to keep the game close.

The Diamondbacks scored three more in the second on a two-run homer by Steven Souza,2 and Myers again touched Ray with a home run to left-center in the Padres’ third. Kazuhisa Makita replaced Ross to begin the third inning and gave up three runs, including a solo homer by Ahmed, the first batter he faced. The other two scored on an error and a single by Peralta.

The teams exchanged homers in the fourth, Jose Pirela a solo shot for the Padres and a three-run homer to deep right field by Paul Goldschmidt for Arizona. It was his 20th home run of the season. After four innings, the Diamondbacks held a 15-4 lead. It was the first time in franchise history that the team had scored three or more runs in four consecutive innings.3

After a scoreless fifth inning Avila led off the sixth with a solo homer off Phil Hughes, the Padres’ third pitcher of the day.

The Padres added a single tally in the seventh inning, on Myers’ third home run of the game; the Diamondbacks answered in their half with three more runs off two relievers, Kirby Yates and Robbie Erlin.  Ketel Marte knocked in and scored the 20th run of the day for the Diamondbacks with a solo homer down the right-field line off Erlin leading off the eighth.

The 20 runs scored set a franchise record as did the 15-run margin of victory. Individually, left fielder David Peralta’s five hits tied the franchise record. The Diamondbacks scored in every inning except the fifth and were 8-for-17 with runners in scoring position.

The win went to reliever Randall Delgado because Ray had departed after 4⅓ innings. It was Delgado’s first appearance of the season. He was in the right place at the right time to get the win. He worked 1⅓ innings, giving up one hit.

In addition to Peralta’s five hits, two other Diamondbacks had three hits and the team totaled five homers and nine extra-base hits. Four Diamondbacks each had three runs batted in: Goldschmidt, Peralta, Ahmed, and Avila. For Avila, it was his first game back after a stint on the disabled list. He was 3-for-3, with the three RBIs.

One might think that Wil Myers homering three times for the Padres would indicate a San Diego win, but the left fielder was the only bright light. He drove in four of the Padres’ five runs. In addition to tagging starter Ray twice, he got reliever Jorge De La Rosa with two outs in the seventh which closed out the Padres’ scoring for the day.

“I don’t even know where to start,” Diamondbacks manager Torey Lovullo said. “I just thought it was a collective effort. Everybody had quality at-bats throughout the course of the night. I thought we were patient very early off of [Padres starter Tyson] Ross. We kind of allowed him to make some mistakes in our zone. Just obviously was a really enjoyable night from an offensive standpoint.”4

Over the rest of the season the Diamondbacks were unable to hold onto their lead in the West, eventually finishing 82-80, 9½ games behind the division champion Dodgers. The Padres limped home at 66-96, 25½ games behind.

Ross was placed on waivers in early August and claimed by the Cardinals. In 2019 he pitched for the Detroit Tigers. Ray had a good season with Arizona in 2019.

In addition to the sources cited in the Notes, the author consulted Baseball-Reference.com, Retrosheet.org, AZCentral.com, and the following:

Thanks to Tom Larwin and Bill Staples Jr. for supplying newspaper accounts of this game.