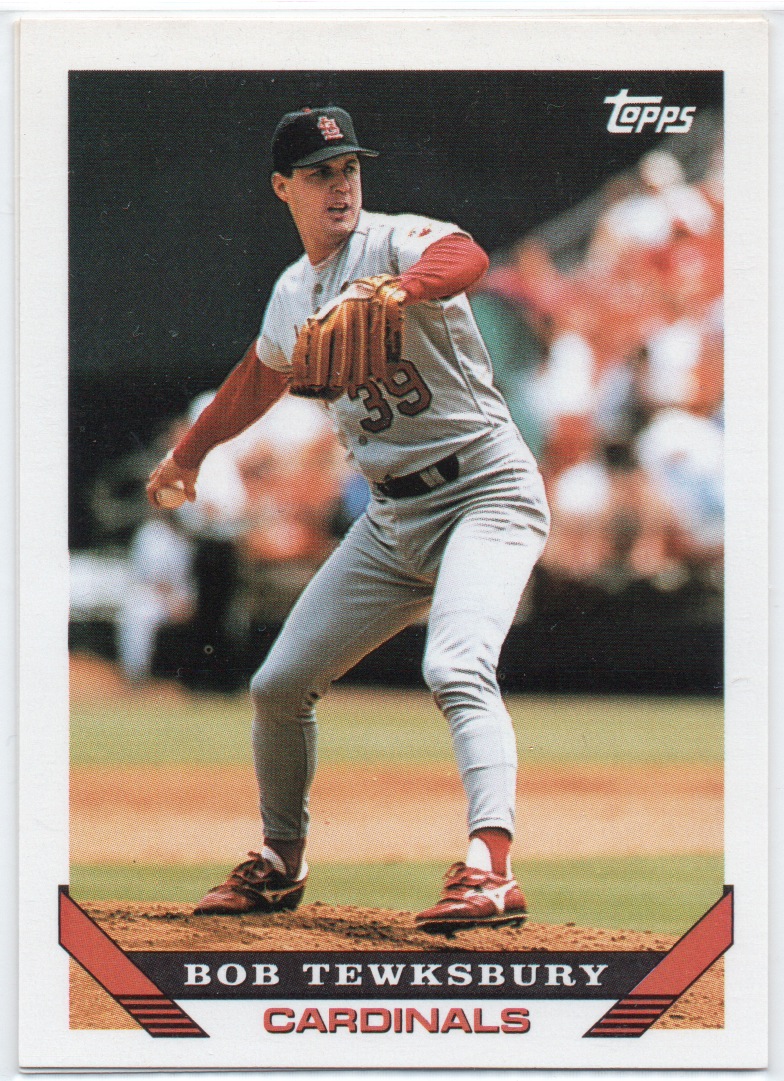 On a damp, muggy night in Atlanta in 1994, Braves pitcher Greg Maddux and Cardinals pitcher Bob Tewksbury engaged in a taut midseason showdown for the ages. In the shortened season, right-hander Maddux would go on to win the third of his four Cy Young Awards, posting a microscopic 1.56 ERA while allowing only 31 walks in 202 innings.

The Braves, led by manager Bobby Cox, were battling for first place in the National League East with the Montreal Expos, whose postseason hopes would be dashed by the players strike that began about a month later. The Cardinals, managed by Joe Torre, were battling to stay above .500 and ultimately ended the shortened season in third place in the NL Central. The Friday night pitching matchup between Maddux and Tewksbury was the first in a three-game weekend series in the Braves’ old ballpark, Atlanta-Fulton County Stadium.

The Cardinals squad featured their aging superstar shortstop Ozzie Smith and a potent outfield trio of Brian Jordan, Ray Lankford, and Mark Whiten. The Braves featured many of the same players who would help the team win the World Series the next year: Fred McGriff, Jeff Blauser, Mark Lemke, Javy Lopez, and David Justice. Who was in the bullpen for each team? Fans got no chance to find out as both Maddux and Tewksbury pitched complete games.

The pitching lines for both right-handers tell most of the story: Out of the 90 pitches Tewksbury threw, 67 were strikes. And yes, that is 90 pitches over nine innings. He faced only three batters over the minimum, went to a full count with just one batter in the entire game, and, after the third inning, retired five batters on only one pitch.

Maddux was almost as impressive, with 77 strikes out of 118 pitches. His higher pitch count was due in part to the fact that he struck out seven Cardinals, while Tewksbury struck out only one Brave. Maddux’s undoing was the fourth inning: Throwing 21 pitches, he allowed a single to first baseman Gregg Jefferies and a double to center fielder Ray Lankford, who both scored on a single by right fielder Mark Whiten.

That minor hiccup was it for the entire game. For the remaining 5½ innings, the teams managed only four hits between them. Tewksbury retired 17 men in a row until a two-out ninth-inning single by shortstop Jeff Blauser. This brought the tying run to the plate in right fielder David Justice, but he grounded into a force out to end the game. Maddux retired 12 of 13 in the late innings, allowing only an eighth-inning single to left fielder Brian Jordan. Jordan and Blauser were the only players to get more than one hit, with two each. The one lineup change came when Tony Tarasco pinch-hit for Maddux in the top of the ninth inning. Knowing how each pitcher was dealing, maybe both managers figured, what was the point?

As might be expected in such a masterpiece of control, there were no walks. A great post-holiday crowd was on hand with an announced attendance of nearly 50,000, and they saw an incredibly short two-hour game. The game ended with the Cardinals and Bob Tewksbury besting the eventual Cy Young Award winner, Greg Maddux, by a score of 2-0.

Growing up in Minnesota, I had cable TV and remember watching this game on TBS. I have witnessed other singularly brilliant pitching performances over the years but this game has left an indelible mark as the best pitched game by both sides I have ever seen. I remember looking forward to every fifth day when Greg Maddux took the mound for the Braves. (Curses to the TV schedule if that game happened to be one that wasn’t on TBS.) Whenever I endure a sloppy, walk-filled slogfest, I always remember this game as an exemplar of what good pitching can do.

The author wishes to thank those involved with the Baseball-Reference website for putting this box score online and helping her re-visit this memorable game.