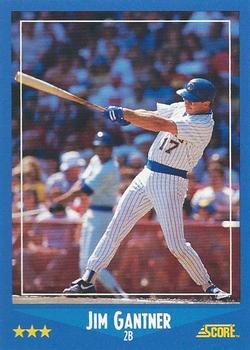 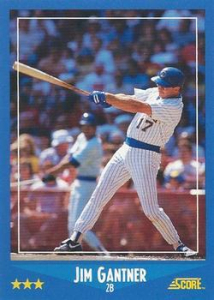 In 1988 the Society for American Baseball Research held its convention in Minneapolis for the first time. Thanks to SABR member Norman Macht, a special guest at the event was Joe “Unser Choe” Hauser,1 a Milwaukee native who played five seasons for the Minneapolis Millers in the 1930s. In 1933 Hauser set an Organized Baseball record, since broken, with 69 home runs.

Macht often visited Hauser and stayed with him about twice a year, “cooking ribeyes and cabbage for him.”2 On this occasion, Macht picked up Hauser and drove him to Minneapolis. Hauser was present for all convention activities. He was interviewed live on the 6 P.M. news by a local television station. On Friday he attended a SABR picnic at Elliott Park and, along with a few convention organizers, had to get a cab to hustle back for the player panel.3 Unser Choe was the hit of that panel, which also had Nancy Mudge Cato, Julio Becquer, and Howie Schultz.

On Saturday night Hauser joined the convention group attending a Twins game at the Metrodome and was introduced and shown in his seat at the game.

The opponents were the Milwaukee Brewers, and some of the locals recalled the SABR convention from five years before, in Milwaukee, when the visitors were the Twins. In the 1983 game, Milwaukee’s Moose Haas shut out the Twins on three hits, while Bill Schroeder, Jim Gantner, Paul Molitor, and Robin Yount homered off future Cy Young Award recipient Frank Viola as the Brewers won 5-0.

In 1987 Milwaukee had finished with the third-best record in the American League, which, at 91-71, was good only for third place in the East Division. Minnesota (85-77) had the league’s fifth-best record, but it was good enough for first place in the West Division, and the Twins went on to win the World Series.

Up to this point, just before the All-Star break in 1988, the Twins were doing better and worse than the previous year – better in that they were 47-36 for a .566 winning percentage, worse in that this left them 4½ games out of first place, behind the Oakland Athletics. Milwaukee was doing worse in both areas – a 42-43 record, which left the Brewers in fifth place, 10 games out of first.

As the defending World Series champions, the Twins were packing the Metrodome in 1988. They went on to set an American League attendance record, albeit with a contrived ticket buyout in the final month of the season,4 and ticket brokers were outside the ballpark, selling at premium prices for the series with the Brewers.

In the game the SABR group attended, Milwaukee got on the board in the first with a run off Allan Anderson.5

The Twins got to Teddy Higuera in the fourth. With two out, Kirby Puckett homered. A pair of singles and a walk loaded the bases, and Greg Gagne walked to force in a run. When Al Newman followed with a two-run single, Higuera was finished. Don August relieved and was the first of three relievers to shut down the Twins the rest of the night.

However, the Twins’ 4-1 lead looked as if it would hold up, even after the Brewers got a run back in the sixth. Anderson got through eight innings, and Jeff Reardon entered in the ninth to close out the game for the Twins.

Reardon got B.J. Surhoff to fly to center and struck out Joey Meyer. But the final out wouldn’t come easily. Pinch-hitter Billy Jo Robidoux singled to right and Darryl Hamilton blooped a single over Gagne’s head at short. Molitor hit a drive to left-center to score Robidoux and send Hamilton to third. Molitor went into second unchallenged for a double as the base was left uncovered.

The Twins still had the lead, but longtime nemesis Jim Gantner hit for Juan Castillo and singled sharply to right, bringing in the tying run and go-ahead runs as Molitor evaded Brian Harper’s tag at the plate. Yount flied out to end the inning, but the Brewers’ four two-out hits had given them a 5-4 lead. Chuck Crim and Dan Plesac finished up in the bottom of the inning to complete Milwaukee’s win.

Molitor was voted as the starting All-Star second baseman for the American League even though he hadn’t played that position all season. As a tuneup for the All-Star Game, coming up in three days, Molitor started at second in this game against the Twins. He moved to third, where he normally played in 1988 in addition to being a designated hitter, as Gantner entered the game at second base after pinch-hitting in the top of the ninth. Other than the All-Star Game, this was Molitor’s only appearance at second base in 1988.

Durwood Merrill, Joe Brinkman, and Ken Kaiser handled the umpiring duties themselves as Tim Welke, scheduled to work at second base, was sick.

1 “Unser Choe” is German for Our Joe. Hauser said he got this nickname from Milwaukee fans when he played for the minor-league Brewers in the early 1920s. Some of Hauser’s background was passed on through correspondence and in-person and telephone interviews between the author and Hauser, mainly in the 1980s.

3 Elliott Park was two blocks on the opposite side of the Metrodome from the convention hotel, which was about five blocks from the Metrodome.

4 In 1988 the Twins were on their way to setting a new American League attendance record, which was 2,807,361, set by the California Angels in 1982. However, the Twins also had a chance to become the first American League team to reach 3 million in attendance. To aid the chances, the Twins sold 50,000 discounted general-admission tickets to WCCO Radio for a mid-September series against the Chicago White Sox. The paid attendance for each of the games was well over 40,000 although considerably fewer fans actually attended as WCCO tried, with little success, to distribute the tickets to groups. These tickets, however, made the difference as the Twins finished the season with an attendance of 3,030,672. Dennis Brackin, “Twins Fans Fill Stands: League Ticket Record to Be Broken Tonight” Star Tribune, September 27, 1988: 1A.

5 Anderson led the American League in earned-run average in 1988. He sat out his final start of the season to protect his lead. Ted Williams he wasn’t.