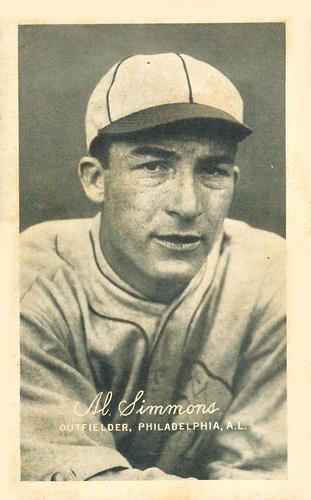 From 1910 through 1914, Philadelphia won four of five pennants in the American League. Included in this stretch were three World Series championships (1910, 1911, and 1913). But after losing to the Boston Braves in the 1914 fall classic, the Athletics fortunes’ plummeted as they occupied the cellar of the junior circuit from 1915 to 1921. It was an incredible run of futility for the A’s, but skipper Connie Mack was slowly bringing the team around to the caliber of the championship teams.

Conversely, the Cleveland Indians flew one solitary flag over Dunn Field. The Tribe polished off Brooklyn in seven games in the 1920 World Series. Although they remained competitive, the Indians could not claim a second pennant in the ensuing years. They slipped to a sixth-place finish in 1924. It was the first time the Indians had finished in the second division of the AL since 1916.

Philadelphia held a 1½-game lead over Washington in the American League standings when Cleveland arrived at Shibe Park for a four-game set beginning on June 14, 1925. The Indians were tied for fourth place with St. Louis, nine games off the pace.

Behind the pitching of right-hander Benn Karr, the Tribe blanked the A’s, 3-0, on a five-hitter in the opener. Coupled with the Senators’ 9-8 win over St. Louis, the Athletics lead shrank to a mere half-game over the Nats.

For the second game of the series, Cleveland manager Tris Speaker sent southpaw Jake Miller to the hill. In his first full season, Miller took the ball with a 3-3 record and an ERA of 2.25.  Mack countered with right-hander Eddie Rommel. The Baltimore native toed the pitching rubber at Shibe Park with a 9-4 record and a rather robust ERA of 4.73.

After a scoreless first inning, Cleveland jumped on Rommel for four tallies in the top of the second inning. The first run crossed the plate on a base hit by Ray Knode. Rommel threw a wild pitch with the bases full of Indians, allowing Freddy Spurgeon to score from third base. In Spurgeon’s haste to score, he collided with plate umpire Brick Owens. The impact sent Owens sprawling. He was subsequently carried off the diamond and was delivered to a hospital for treatment.  X-rays revealed that Owens had a torn muscle in his back, near his pelvis, and it was not believed to be serious. Bill Dinneen, who was umpiring at first base, took over for Owens behind the plate.

Mack had seen enough and lifted Rommel from the game in favor of Stan Baumgartner. A single by Charlie Jamieson and a double by Cliff Lee tallied the next two runs for Cleveland. Rommel’s day was in the books. It was a short outing, as he went 1⅓ innings, and he was charged with four earned runs.

The A’s scored a run in the bottom of the second inning when Jim Poole doubled and scored on a Chick Galloway single. But Cleveland came right back in the top of the third. Joe Sewell and Glenn Myatt each blasted a solo home run off A’s reliever Fred Heimach to increase the Indians’ advantage to 6-1. Myatt’s homer left the yard, bounding over the right-field fence and onto Twentieth Avenue. Sewell’s round-tripper was just that, of the inside-the-park variety. Again the Athletics scored a run in the bottom of the inning, but the Indians’ lead was growing at 6-2 after three innings.

The middle innings were no better for the Athletics. Heimach surrendered two more runs in the top of the fourth on a triple by Lee and a double by Speaker. Heimach was replaced by Art Stokes. Cleveland reached Stokes for four runs in the fifth inning. The big hit was a two-run single by Jamieson.

After the Indians scored two more in the top of the sixth, they led Philadelphia, 14-2. The A’s scored their third run in the home half of the sixth inning, to make the score look more like that of a football game, 14-3. The teams exchanged runs in the seventh inning, and it was 15-4.

The Tribe did not score a run in the eighth inning for the first time since the first. Miller was still on the mound as the bottom of the inning commenced. He was not having that great a day, but his offense was certainly carrying the day to this point as he walked four, struck out one, and gave up 10 hits. The Athletics stranded eight baserunners through seven innings.

Miller began the eighth inning by walking Galloway. Tom Glass flied out to right field and Max Bishop walked. Jimmy Dykes cleared the bases with a triple to cut the lead to 15-6. Speaker pulled Miller from the game. By Speece emerged from the Cleveland bullpen.

But the relief pitcher was anything but, as he could not record an out. Instead, Speece gave up consecutive singles to Bill Lamar, Al Simmons, Frank Welch, and Charlie Berry. Southpaw Carl Yowell entered the game for Cleveland. The Indians lead was sliced to 15-9, and once again a pitcher from Cleveland’s relief corps did not record an out. Yowell walked Poole to load the bases. Galloway followed with a single to left field and both Welch and Berry scored to make it 15-11. Yowell was given the hook by Speaker and George Uhle entered the game.

Sammy Hale, pinch-hitting for the pitcher, Glass, singled off Uhle to score Poole and send Galloway to third base. Hale promptly stole second base. Bishop singled to center field to plate both Galloway and Hale. The score was now 15-14.

Dykes grounded out to the shortstop, forcing Bishop at second base. Walter French entered the game to run for Dykes. But now there were two down. Uhle walked Lamar. Simmons came to the plate and unloaded a three-run shot over the roof in left field. That concluded the scoring for the Athletics, who crossed the dish 13 times in the inning to take a 17-15 lead. The Philadelphia Inquirer wrote, “As Al circled the bases … the din could be heard for blocks. It made madcaps of a big proportion of the 8,000, who jumped to their feet and shrieked and made wild gestures of joy. Scores sailed their straw skimmers down to the playing field.”1

Rube Walberg entered the game to pitch the ninth inning. He closed the door on the Tribe to complete one of the most improbable comebacks in major-league history. Cleveland twice led by 12 runs, and the Athletics tied the record for biggest comeback in a major-league game. It had previously been accomplished by the Detroit Tigers on June 18, 1911. The Tigers trailed the Chicago White Sox, 13-1, heading into the bottom of the fifth inning at Bennett Park. Detroit scored five runs in the eighth and three more runs in the ninth to pull out the win.

For the Athletics, Tom Glass picked up his first win of the season. Uhle (7-5) took the loss. Jamieson had five hits for the Indians, while Sewell and Knode each had four. Lamar had four hits for the A’s and Simmons and Galloway each drove in three runs.

With the win the A’s now led Washington, which was idle, by a full game. But Washington eventually won the pennant. Philadelphia finished in second place, 8½ games back. The Indians finished in sixth place, 27½ games behind the Senators.