This article was written by Donna L. Halper 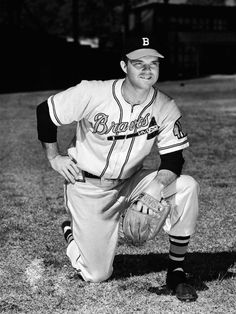 It was Tuesday night, June 15, 1948, and 24,124 Boston Braves fans packed the Wigwam hoping to see their team take over first place. They were not disappointed: Johnny Sain pitched a six-hitter and the Braves beat the Chicago Cubs, 6-3. Once again the Braves showed that they were very successful when playing under the lights: This was their 10th win out of 14 night games. But before the game was played, there was another story dominating the news: Tonight would be the first time a local baseball game was televised. Television had just come to Boston when WBZ-TV, Channel 4, debuted on June 9, and there were already an estimated 3,500 TV sets in the greater Boston area.1 Plans to televise baseball had been in the works since early May; after several delays and considerable expense – the TV cameras cost between $20,000 and $25,000 each2 — everything was tested and ready to go. Tonight, fans would be able to see as well as hear the game from the comfort of their home or at their favorite tavern.

Television was such a novelty that several sportswriters were assigned to watch the game on a TV and report on what they saw, rather than go to the ballpark.3 Even the Braves management recognized that this first televised game was a momentous occasion, so they held a pregame ceremony. As the Braves players stood along the third-base line and Cubs players stood along first, play-by-play announcer Jim Britt introduced the guest speakers, who included WBZ-TV program director Gordon Swan, representatives from the Narragansett Brewing Company and the Atlantic Refining Company, who sponsored the game, and the president of the Braves, Lou Perini.4 But Perini’s remarks did not go as planned – perhaps nervous because he was on television, he had an unfortunate slip of the tongue, praising “this hysterical occasion.” To his credit, he recovered quickly, and praised “this historical occasion,” explaining that he had been “hysterical” when the Braves came home from their latest road trip.5

As for the game itself, the Braves got off to a good start when they scored two runs in the first inning. From that moment on, they were never behind: in addition to their two in the first, the Braves scored a run in the third, another in the fourth, and two more in the seventh. They got 10 hits off three Cubs pitchers; they also had a stolen base, by first baseman Earl Torgesen (his 11th of the year). But as impressive as the Braves’ victory was, they missed a number of opportunities to score even more runs: The team left 14 men on base. In fact, three times during the first four innings, Braves hitters left the bases loaded when they made the final out. Meanwhile, Cubs starting pitcher Russ Meyer struggled. His main problem was an inability to find home plate: He walked nine batters during the 3⅔ innings he was in the game; that included a bases-loaded walk to Braves outfielder Jim Russell in the fourth, at which point Cubs manager Charlie Grimm had seen enough and changed pitchers . (Meyer had also issued a bases-loaded walk in the first inning.) The Braves player who had the best day at the plate was Eddie Stanky, who had three hits, including a double. But after he injured his right shin while making a slide in the seventh inning, he had to leave the game. Fortunately for the Braves, the injury was minor, and reporters said Stanky would probably be back in the lineup the next day.

On the mound, Braves starter Johnny Sain earned his seventh win of the season, and demonstrated excellent control. He gave up only one walk, as opposed to the three Cubs pitchers, who gave up a total of 11. Sain pitched his way out of a couple of difficult spots, getting the big outs when he needed to; and although the Cubs scored three runs, only one was earned. Sportswriters noted that with his 7-4 record, Sain looked as though he was well on his way to another 20-win season.6 The one bright spot for the Cubs, who lost to the Braves for the seventh straight time this year, was Eddie Waitkus. The former star first baseman at Cambridge Latin School hit a triple, and also made an outstanding fielding play, knocking down a Jeff Heath line drive and preventing the Braves from scoring even more runs in the first inning.

As Boston Traveler reporter John Drohan noted the next day, it had been a night of “firsts” – the Braves took sole possession of first place, Johnny Sain won his first game at Braves Field (his other six wins had been on the road), and, of course, it was the first time in New England that baseball had been seen on television. And speaking of television, some of the fans who watched it complained that the picture was sometimes fuzzy, or that the cameras missed an important play. Others were frustrated because at least one tavern, the Bamboo Bar, made patrons stand while watching the game.7 But the majority of the TV watchers expressed their satisfaction with what they saw. Also happy were the proprietors of taverns and restaurants who had decided to install a TV set in their establishment; they drew large crowds as a result.8

As for the Braves players, they were undoubtedly glad to be on top of the National League standings, the result of their win against the Cubs and the New York Giants’ 2-0 loss to the Pittsburgh Pirates. But while it was good to take over sole possession of first place, the players were well aware that it was only June 15. More than 100 games remained to be played, and there was plenty of work to do. In fact, the players were more concerned with improving their record at home: They had won 10 and lost just four during their recently completed road trip, giving them an impressive 19-9 record during away games. At home, however, the team hadn’t been nearly as dominant. Even with this night’s victory, the Braves still had a losing record of 9-12 at Braves Field. But the win against the Cubs was an encouraging way to begin the homestand, and the Braves now had 16 more games to play in front of their loyal fans before going back out on the road.

Box scores for this game can be seen at baseball-reference.com, and retrosheet.org at: