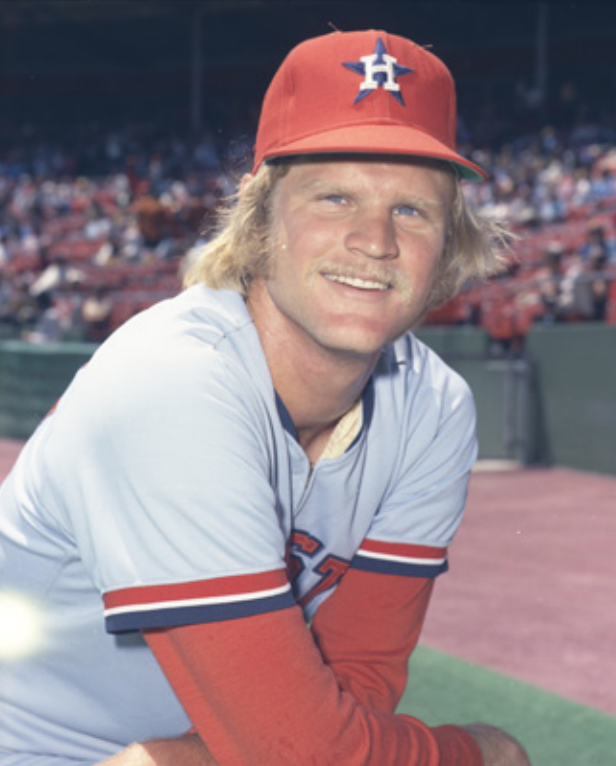 The Houston Astros were in the midst of their first-ever winning season in 1972 when a relative newcomer to the team, Jerry Reuss, on the eve of his 23rd birthday, spun a one-hitter against the Philadelphia Phillies on June 18. The game was among the first that brought national attention to Reuss, who wound up winning 220 games, including a no-hitter.

The Astros were looking to add an experienced left-handed starter to their rotation when they acquired Reuss in a trade with the St. Louis Cardinals on Opening Day of the strike-delayed 1972 season in exchange for pitchers Lance Clemons and Scipio Spinks. Reuss joined a young Astros staff that included Don Wilson, Larry Dierker, Dave Roberts, and Ken Forsch. In his third major-league season (and first full season) in 1971, the 6-foot-5 Reuss started 35 games with the Cardinals and began to draw comparisons to teammate Steve Carlton, another tall, hard-throwing lefty.1 However, early in his career Reuss struggled with control problems.

With a lineup built around sluggers Jim Wynn, Bob Watson, Cesar Cedeno, Lee May, and Doug Rader, the Astros blasted off at the beginning of the 1972 season, holding first or second place through the month of May.

On the day of Reuss’s one-hitter, the Astros entered the game in second place in the National League West Division, 2½ games behind the Cincinnati Reds. The mustachioed blond had hurled a complete game in his previous start for the Astros, on June 12, for his fourth victory of the year against five losses.

The June 18 game took place on a Sunday afternoon at the Astrodome before a crowd of 20,768. The Phillies’ starting pitcher was 24-year-old right-hander Bill Champion, who had won four games and lost four to that point in the season.

Reuss had no trouble with the Phillies in the first inning, when he faced only three batters to retire the side. Champion was not as fortunate; the Astros attacked him in the bottom of the first, scoring three earned runs before Champion was replaced by Barry Lersch. Lersch allowed another run, which was charged to Champion, who recorded only one out before his exit. Run-scoring doubles by Cesar Cedeno and Bob Watson were the key hits for the Astros. Altogether, the Astros pounded out five hits in the inning.

Astros manager Harry Walker didn’t have any pitching decisions to make in the game, since Reuss sailed through the next seven frames, not allowing any hits to the Phillies, although he did serve up a walk in each of the second, third, seventh, and eighth innings; however, on this day, his control issues were not a factor in the game.

Meanwhile, Houston added three more runs in the fifth inning off Lersch and one in the seventh off Ken Reynolds. Cedeno hit a solo home run and Watson drove in two more runs.

In the bottom of the eighth inning, the Astros increased their lead again on a bases-loaded groundout by Jesus Alou and a bases-loaded walk to Watson, his fourth RBI of the game.

Going into the top of the ninth inning with a 10-0 lead, Reuss had struck out seven while holding the Phillies hitless. He had stayed with his fastball in the late innings when it became apparent a no-hitter was on the line.2

But it wasn’t to be. Larry Bowa led off the Phillies ninth with a hard line drive between third baseman Doug Rader and the foul line for a double. It was the Phillies’ first and only hit of the game. Reuss gathered himself to retire Don Money on a fly out and Greg Luzinski and Roger Freed on strikeouts to end the game. During the course of his gem, Reuss twice struck out each of the three batters (Luzinski, Freed, and Willie Montanez) in the middle of the Phillies’ batting order.

Rader, a five-time Gold Glove winner during his career, was playing a few steps in front of third base, expecting that Bowa might bunt. After the game Rader said, “That was the first ball he has ever pulled hard at me in all the times we’ve played them. I hardly even saw it before it was by. I never expected him to hit the ball like that and I didn’t want Reuss to lose a no-hitter on a squibbler or something.”3

Years later, Reuss recalled Rader’s reaction after the game: “He apologized for not catching Bowa’s smashing hit. I told him there isn’t a third baseman in the history of the game that makes that play.”4

After the game Reuss had said, “I had kind of mixed emotions after the hit. I thought, ‘Well it’s over.’ There was kind of a relief, not that I wanted him to get a hit because I really wanted the no-hitter. But the pressure was off. I was disappointed, no question of that.”5

Asked by a sportswriter whether he had ever pitched a no-hitter, Reuss said, “No, I’ve never come this close to one before. Not even in the minors. I had one or two in high school, but that was a long time ago.”6

In a remarkably rare occurrence in baseball history, Reuss’s teammate, Larry Dierker, pitched a one-hit shutout for the Astros the next day against the New York Mets. The back-to-back one-hitters tied a major-league record set by Cleveland Naps pitchers in 1907 and repeated by the Milwaukee Braves in 1965.7 Reuss’s and Dierker’s efforts were indicative of the competitive nature the Astros were finally displaying in 1972.

The Astros wound up the season in second place in the West Division, one percentage point ahead of the Dodgers but 10½ games behind the division-leading Reds. Even though the season was shortened by a players’ strike, the Astros’ 84 wins set a team record.

Reuss finished the 1972 season with a 9-13 record in 192 innings pitched, led the team in strikeouts, and dropped his ERA to 4.17 from 4.78 in the previous year. His performance established him as a key component in the Astros’ rotation, and he would go on to win 16 games in 1973.

On June 27, 1980, eight years and nine days after his one-hitter for the Astros, Reuss threw a no-hitter for the Los Angeles Dodgers against the San Francisco Giants. He just missed tossing a perfect game, with a first inning error by shortstop Bill Russell the only blemish.

Reuss is best remembered for his stints with the Pittsburgh Pirates and the Dodgers, with whom he won a World Series championship in 1981. He was only the second pitcher in baseball history, following Milt Pappas, to win 200 games without recording a 20-win season.8

On June 18, 1972, Reuss pitched one of the best games of his career. In the next day’s edition, the Philadelphia Inquirer used a reference to the elite Rolls-Royce automobile as a way to illustrate the pronunciation of Reuss’s surname.9  Indeed, it was an elite performance that day for a blossoming young left-hander.

In addition to the sources mentioned in the notes, the author also consulted: