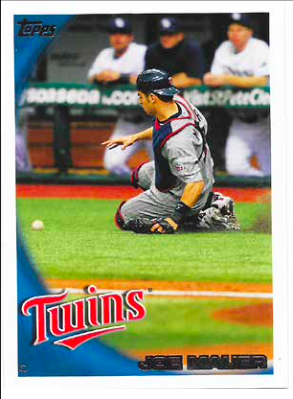 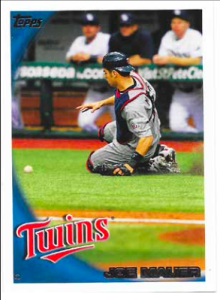 On the cusp of the summer equinox, the Minnesota Twins made a rare interleague appearance at Citizens Bank Park for a weekend series. Saturday’s 4:11 P.M. start time accommodated national TV coverage as “The Bank” enjoyed its 73rd consecutive sellout. Temperatures hovered in the 80s under a mostly sunny sky following an early-afternoon peak of 90 degrees.

The Philadelphia Phillies were enjoying a mini-run this week, going 4-1 (averaging six runs per game) and were 35-31 overall. Over the past three-plus weeks, they had sputtered offensively (only 2.4 runs per game). Philadelphia was battling uphill after two consecutive World Series appearances.

Southpaw Cole Hamels warmed up with Brian Schneider in the home bullpen. Starting catcher and fan favorite Carlos Ruiz was plunked by a broken bat during the eighth frame the previous evening. Although he didn’t have a concussion, he wouldn’t be available until midweek at the earliest.

Minnesota came in at a strong 39-29. The Twins countered Hamels with Kevin Slowey, who graduated from Upper St. Clair High School in western Pennsylvania. Slowey was in his fourth season in the Twins rotation and was coming off a 10-3 record in 2009.

The Twins wasted no time by batting around in the first inning. Hamels walked leadoff hitter Denard Span on a full-count pitch. Orlando Hudson singled and a passed ball advanced both baserunners. Justin Morneau singled to left and drove them both in. Michael Cuddyer reached on a throwing error by Hamels. Delmon Young doubled home an unearned run.

Slowey went on to achieve his career high in wins in 2010; however, this day wasn’t his day. Down 3-0 early, Philadelphia battled to tie in the bottom of the first. Highlighted by Chase Utley’s two-run triple to right and Jayson Werth’s foul sacrifice fly, the Phillies’ offense continued to operate in high gear.

The home team tacked on four more in the second. Home runs by Wilson Valdez and Ryan Howard chased Slowey. Valdez’s round tripper just inside the left-field foul pole represented one-sixth of his major-league total. Valdez had circled the bases only once before this game, six years earlier while playing for the White Sox. Meanwhile, Howard connected 45 times in 2009; this game’s blast was his 14th of the season.

Raul Ibanez homered off Jeff Manship to begin the third with the Phillies riding high, 8-3. Each team scored once more, so Jose Contreras inherited a 9-4 advantage as he struck out Cuddyer to finish the eighth frame. Three more outs and the game would be over.

Young singled off Contreras to open the ninth, which brought Jim Thome to the plate to a standing ovation. Knowledgeable Phillies fans appreciated Thome’s effort and enthusiasm while donning the red pinstripes from 2003 to 2005 when he reunited with manager Charlie Manuel. Collecting 96 home runs and 266 RBIs for the Phils tended to positively reinforce fans’ memories; and those totals include an injury-riddled 2005 season of fewer than 200 at-bats.

Most seasoned baseball fans know of Thome’s long-term relationship with Manuel, his former hitting coach and manager in the Cleveland organization. When they combined their talents, both developed into baseball legends, having first crossed paths in the Gulf Coast League when Thome was 19 years old.

Now, closing in on his 40th birthday, Thome accepted his Twins role. With Morneau manning first base, Ron Gardenhirepenciled in Thome exclusively as a DH and pinch-hitter in 2010. He had picked up a bat to hit for Danny Valencia.

Contreras and Thome stalemated to a full count. The next pitch was belted high and far, sailing beyond the center-field fence. Thome’s two-run blast was the 570th home run of his Hall of Fame career, which passed Rafael Palmeiro on the all-time list. With this dramatic round-tripper, Thome had homered against all 30 major-league teams.

With the score now 9-6, Contreras nibbled and walked former Phillie Nick Punto on another full-count pitch. That forced Manuel to call on Phillies closer Brad Lidge for what had become an unlikely save situation.

Lidge had been a perfect 4-4 in save situations, just as he was perfect (41-for-41) during the Phillies 2008 World Series championship season. In this game, Lidge struggled with command, uncorking a wild pitch before Span singled home Minnesota’s seventh run.

Span then swiped second base. Lidge whiffed Orlando Hudson. The Twins were down to their final out trailing 9-7.

Joe Mauer dug in and took strike one. On Lidge’s next delivery, the reigning AL MVP launched a game-tying two-run shot to center. After depositing 28 home runs the season before, this was just Mauer’s third of 2010, but his only hit of the day (1-for-5) couldn’t prove more clutch.

The game went to the bottom of the ninth deadlocked at 9-9. The Phillies threatened with two baserunners, but came up empty against Matt Guerrier. Chad Durbin took over for Lidge to start the 10th and surrendered pinch-hitter Drew Butera’s first career home run. The significance of this blast by a .154 hitter (6-for-39) harked back to May 16, 1983, the last time the Twins achieved two pinch-hit home runs (Dave Engle and Mickey Hatcher) in a game.

With the Twins enjoying their first lead since the top of the first inning, 6-foot-11 Jon Rauch recorded two weak outs before Ross Gload stepped in for Valdez and connected for a homer to right to tie the game at 10-10. Each team had been down to its final out (Twins in the ninth and Phillies in the 10th) before smoking a dramatic game-tying home run. Gload also enjoyed smacking the third pinch-hit home run of the game.

Danys Baez walked Mauer with one out in the 11th. Manuel had Baez walk Morneau intentionally to push the go-ahead run into scoring position with the pitcher on deck.

Rauch successfully bunted an 0-and-2 pitch to move the runners to second and third. Young dribbled a weak groundball toward new shortstop Juan Castro, for a run-scoring infield single to score Mauer. Morneau scooted to third base.

Matt Tolbert came to the plate and ripped a 1-and-1 pitch down the left-field line to score two more. The relay throw from Ben Francisco and Utley nailed Tolbert trying to stretch his hit into a two-out triple; however, the Twins took a 13-10 lead. Utley kept the game alive by stroking a two-out double off Rauch, who struck out Howard on a 3-and-2 pitch to bring down the curtain on this wild 11-inning affair.

Rauch (2 innings pitched, 2 hits, 1 earned run, 1 strikeout) picked up a well-earned victory (2-1), even helping his team with the bat. In his only plate appearance of the season, the towering right-hander laid down a sacrifice bunt on an 0-and-2 pitch to set up the game-winning infield hit.

The Twins outscored the Phillies 9-1 in the ninth and later to snap a tiny two-game losing streak. Both teams combined to entertain 45,254 fans with 23 runs on 29 hits. Nine of those safeties left the ballpark, and pinch-hitters launched three of them.

After slugging his first career home run to give Minnesota its short-lived 10th-inning lead, Butera said, “When I hit it, I started running and then I thought, ‘Whoa, it has a chance.’”12

“We’re known not to quit and we didn’t quit,” Twins manager Gardenhire said. “A lot of great things happened out there.”

The home clubhouse was more subdued, but hardly devastated. “This is a tough one,” said Phillies skipper Manuel, “But we’ve been there before and we’ve always come back.”

Even Lidge looked forward after his ninth-inning blown save. “We’ve been feeling real good about the way we’ve been pitching, but tonight we were just bad,” he said. “We didn’t do our job collectively, individually. We have to rebound from it.”

Lidge’s rebound would need to wait a little longer. The Twins’ Carl Pavano outdueled Roy Halladay, 4-1, on Sunday afternoon. Pavano’s complete-game four-hitter earned Minnesota the improbable series win, even after they lost Game One and trailed 9-4 in the ninth in this game.

In addition to the sources cited in the Notes, the author relied on Baseball-Reference.com for boxscores and play-by-play information.