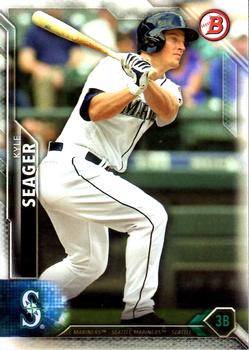 The 2016 season could not have started in a more ominous fashion for the San Diego Padres. They opened at home with a three-game set against the mighty Dodgers, and it did not go well. San Diego was trounced by a combined score of 25-0, making the Padres the first team in baseball history to fail to score a run in a season-opening series.

The team stumbled through the first two months of the season, completely collapsing on a disastrous 1-7 road trip that culminated in a humiliating 16-4 loss in Seattle on May 31 that left them 12½ games out of first place. The next morning, Padres Executive Chairman Ron Fowler lambasted the team in an impassioned radio interview, calling them “miserable failures” and sharply criticizing an underachieving James Shields.1 One could only imagine what he was thinking two days later when San Diego let a 12-2 lead slip away in a crushing loss to those same Mariners.

Unlike the floundering Padres, the Mariners were exceeding expectations early that season, with the veteran squad holding down first place for most of May. Seattle came into its June 2 game in San Diego a half-game behind the first-place Texas Rangers in the AL West standings. The Mariners sent Wade Miley (5-2, 4.95 ERA) to the mound to face Padres starter Colin Rea. The 25-year-old right-hander, making his 17th career appearance, came into the game with a 3-2 record and a 4.47 ERA.

Miley struggled through the first four innings, giving up five earned runs on nine hits and one walk, and he trailed 5-2 when he returned to the hill for the home half of the fifth. The Padres connected for three more hits against the lefty, including an RBI single by Alexei Ramírez. Miley appeared to have a way out of the inning when Rea came to the plate with two outs and runners on the corners, but he balked home a seventh run and committed the cardinal sin of walking the pitcher. Seattle manager Scott Servais called for the normally reliable Mike Montgomery to enter the game. Unfortunately for the Mariners, this was not Montgomery’s day. He surrendered four singles, a walk, a hit-by-pitch, and a wild pitch before eventually getting the third out of the inning on Ramírez’s strikeout. After sending 13 men to the plate in the inning, the Padres led 12-2.

The Mariners’ chances of winning the game after falling behind by 10 runs obviously weren’t good. When Norichika Aoki was retired on a popup to open the top of the sixth, Seattle’s Win Expectancy dropped to a scant 0.11 percent.2 Rea had been cruising up to that point, limiting Seattle to three hits over the first 5⅓ innings without walking a batter. And then suddenly he couldn’t get anyone out. After loading the bases on a walk and two singles, he served up a double to Kyle Seager that brought home a pair of runs. With the left-handed-hitting Adam Lind due up next, Padres rookie manager Andy Green pulled Rea in favor of southpaw Brad Hand, which led to Servais countering with a right-handed pinch-hitter, 33-year-old South Korean “rookie” Dae-ho Lee. On a 2-and-2 pitch, Hand hung a curveball over the heart of the plate and Lee crushed it into the second balcony of the Western Metal Supply Co. building for a three-run home run, closing the gap to 12-7. “That (home run) gave us a little adrenaline, like, hey, we might have a shot here,” Servais said after the game.3

Seattle continued to claw its way back into the game in the top of the seventh. Padres reliever Ryan Buchter loaded the bases on a single, a walk, and a hit-by-pitch before he struck out Nelson Cruz in an intense 11-pitch at-bat for the second out of the inning. Out number three proved elusive for the Padres, as the Mariners put together seven consecutive two-out singles against relievers Buchter, Brandon Maurer, and Matt Thornton. The key hits were an unlikely game-tying single by pinch-hitter Stefen Romero, who was batting .189 in 206 career at-bats, and a single into shallow center field by Shawn O’Malley to put the Mariners up 13-12. When the dust had settled and the inning finally ended, the Mariners had sent 13 hitters to the plate, faced 66 pitches, and scored nine runs to pull ahead 16-12. “That’s just incredible the way we streamed those hits together in the seventh inning,” recalled Seager. “That was crazy. I’ll remember this one for a long time.”4

Remarkably, the Mariners had turned a 12-2 deficit into a 16-12 lead in two innings. The first two of the seven consecutive two-out singles were from Seager and Lee, giving them four RBIs each during the 14-run outburst. Seager also drove in a run in the first inning to give him five RBIs in the game.

The Padres could only manage to push across an unearned run in the bottom of the seventh, and the Mariners hung on for a 16-13 victory. Cody Martin, called up earlier in the day from Triple-A, earned the victory by pitching a scoreless sixth inning. Seattle’s miraculous comeback from a 10-run deficit represented both the largest come-from-behind victory in Mariners history and the biggest blown lead in Padres history. The game also set a record for the highest-scoring game at Petco Park (29 runs), and it tied the Padres’ mark for the most hits by both teams in a nine-inning game (36).5

“I’ve been around baseball a long time and you don’t see teams come back from 10 (runs down),” said Green. “It’s just not something that happens very often.”6 Green was right. The last time a major-league team came back to win after falling behind by 10 runs was on July 20, 2009, when Oakland defeated Minnesota 14-13 after trailing 12-2 in the top of the third inning.

Lost in the shuffle was Jon Jay’s 5-for-6 game for San Diego, which came on the heels of a 4-for-6 performance the night before. His nine hits in a two-game span put him into an exclusive club alongside Hall of Famer Tony Gwynn as the only two Padres to achieve the feat.

The improbable win pushed the Mariners into a first-place tie with the Rangers, with the two teams set to open a three-game series in Texas the following evening. Unfortunately for Seattle, it was the last time they would occupy even a share of the top spot in the Western Division that season. The Mariners were swept by the Rangers, which kicked off a disastrous string of 15 losses in 20 games that knocked them out of the race. Despite going 18-9 in September, Seattle still finished nine games back of the Rangers.

The Padres went into a major rebuild two days after their meltdown against the Mariners. Shields, who had signed a four-year, $75 million contract less than 16 months earlier, was traded to the White Sox in a deal that netted two players, including 17-year-old Fernando Tatis Jr. San Diego’s best reliever, 39-year-old Fernando Rodney, was sent to the Marlins at the end of June in return for minor-league pitcher Chris Paddack, and their top starting pitcher, Drew Pomeranz, was traded to the Red Sox in mid-July. To top it all off, San Diego unloaded veteran Matt Kemp’s hefty contract on the Atlanta Braves at the end of July in what was a cost-saving deal for the Padres.

Predictably, San Diego played uninspiring baseball for the remainder of the year, finishing in last place with a 68-94 record. It was the team’s sixth consecutive losing season. As of the end of the 2019 campaign, that streak had been extended to nine in a row, which led to the dismissal of Green, the manager for four of those sub-.500 seasons. Fowler, upset about not seeing the desired results from the team’s multiyear rebuild, blasted his team publicly, just as he had done three years earlier. He apologized to the fans in 2019 for an “embarrassing” season. “We sucked,” he bluntly proclaimed, which sadly did not come as news to long-suffering Padres fans.7

In addition to the sources cited in the Notes, the author consulted Baseball-Reference.com and Retrosheet.org. Full video of the game is available on YouTube at youtube.com/watch?v=IgIv7idBZho.

2 Win Expectancy is the percentage chance a team will win based on the score, inning, outs, runners on base, and the run environment. These percentages are calculated using historical data, which means that if a team is losing and has a 0.11 percent Win Expectancy, only 0.11 percent (or 1 out of every 909) of teams in similar situations in the past have come back to win.

5 As of the end of the 2019 season, none of these records had been surpassed.