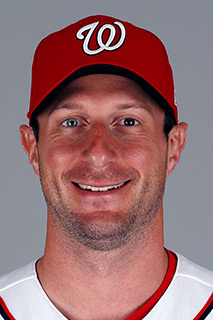 It certainly felt like mid-summer to the 39,578 fans attending this 4:10 Saturday-afternoon game as it was 87 degrees and humid. This was the third game of a four-game series with Atlanta taking the first two. Coming into Atlanta, Washington (33-24) had led the NL East by one game, but after the two losses, Atlanta (34-23) led by one game.

Brandon McCarthy (5-2, 5.02 ERA) took the hill for Atlanta. Trea Turner led off and grounded out to second. Bryce Harper was next, stepping up to the plate to the boos of the crowd, who were satisfied when he struck out swinging at a pitch down and away. Anthony Rendon was caught looking for the third out. The Nationals were not hitting much at all: They’d had only four hits since they last scored, in the third inning of the first game of the series.

Gio González (6-2) was pitching for the Nationals. His 2.10 ERA was third-best in the NL. Ender Inciarte flied out on the first pitch. Ozzie Albies grounded toward Turner at shortstop. Although Turner’s throw pulled Matt Adams off the bag, he managed to tag Albies going by for the out. Freddie Freeman also swung at a pitch down and away for the third out.

In the top of the second, Adams 5-for-11 against McCarthy, lined out right to Freeman at first. Rookie Juan Soto, who had debuted less than two weeks earlier, got the first Nationals hit, a single into right under Albies’ glove. Michael A. Taylor then homered to left-center, ending a 16-inning scoring drought for the Nationals. But those two runs were all for the Nationals. Wilmer Difo grounded back to the pitcher and local rookie Spencer Kieboom1 flied out.

González and McCarthy were nearly perfect in the bottom of the second through the top of the fifth. The only hit was a Harper single off McCarthy, a 106-mph shot that barely got off the ground into right.

In the bottom of the fifth, Nick Markakis ended González’s bid at perfection with a base hit. That was followed by Tyler Flowers’ single, advancing Markakis to third. Johan Camargo’s three-run homer over the wall in center put Atlanta ahead 3-2. This was the first home run González had allowed on the road in 2018. González got out of the inning with no more damage on a groundout and two strikeouts.

In the top of the sixth, a cloud cover moved in. McCarthy looked to have a quick inning when Harper lined right to Freeman on the first pitch. Freeman made an amazing catch while landing on his side a few feet behind first base. Rendon grounded out on two pitches, but Mark Reynolds battled for 10 pitches before finally striking out for the third out. (Reynolds had come in for Adams after Adams fouled a ball off his foot in the fourth).2 Starting off the bottom of the sixth, Inciarte was called out on a bang-bang play at first, but acted as if he was safe – even putting on his sliding mitt. When Atlanta chose not to challenge the call, he stormed down the dugout steps. With two out in the bottom of the frame, Freeman extended his hitting streak to 15 games with a double that short-hopped the wall in left (perhaps assisted by Soto’s inexperience). Markakis grounded out to leave him on second.

In the top of the seventh Atlanta went to the bullpen, tapping Sam Freeman. As usual, once the count went to two strikes, Soto did his “Soto shuffle” in the box and widened his batting stance. His routine paid off: He hit his second big-league homer, into the stands in right, to tie the game. That was all Freeman allowed: A fly out and two groundouts got him out of the inning. All González allowed in the bottom was a single to Charlie Culberson. That ended his outing at 102 pitches. Amazingly, he had not walked a batter: Since the beginning of 2017, he had averaged almost 2½ walks per game.

Shane Carle worked a 1-2-3 top of the eighth including two strikeouts, perhaps assisted by the stripes of sun and shadow between the batter and the mound. Ryan Madson was equally effective in the bottom of the frame retiring the side on just eight pitches.

A.J. Minter was nearly as good in the top of the ninth: he needed nine pitches to retire his three batters. By the bottom of the ninth the dappled shadows had covered the infield, challenging both the hitters and the fielders. Sammy Solís got two groundouts, then Nationals manager Davey Martinez called on Shawn Kelley to face Flowers. Good choice: He got a swinging strikeout to end regulation play.

Peter Moylan for Atlanta and Brandon Kintzler for Washington pitched 1-2-3 frames in the 10th.

In the top of the 11th, Atlanta pitcher Jesse Biddle brushed Brian Goodwin’s sleeve with a pitch, sending him to first. Turner struck out, then Harper stepped in to a renewed level of booing from the Atlanta crowd. Goodwin stole second as Harper struck out. Rendon was walked intentionally to face Reynolds – who ended up walking unintentionally to load the bases. That triggered a mound visit from the pitching coach and catcher. Atlanta escaped the bases-loaded jam when Soto was rung up on a not-quite-checked-enough swing, leaving him hopping up and down in frustration.

By the bottom of the 11th, the ballpark was in shade except for a sun stripe across the outfield. That should have helped the hitters, but Justin Miller worked a 1-2-3 inning on the hill for the Nationals.

Biddle continued pitching in the 12th allowing only a single to Kieboom (his second big-league hit). Miller also continued in the 12th, working a 1-2-3 inning.

The same two pitchers, on their third inning of relief, pitched the 13th: Both struck out the side.

The tie was finally unbroken in the top of the 14th. Miguel Socolovich and his 9.00 ERA3 stepped in to pitch the top of the 14th. He started out well enough, getting Reynolds to fly out. Meanwhile the announcers mentioned that they had noticed Nationals pitcher Max Scherzer (.286 BA) missing from the dugout. They presumed he was hitting in the cages. Their presumption was correct: Scherzer’s first pinch-hit of his career was a well-placed single up the middle, leaving him standing – and grinning – on first.4 Taylor flied out to center for the second out. Difo tripled into the gap in right center, allowing Scherzer to score from first, giving the Nationals a 4-3 lead. Kieboom, cheered on by his family in the stands, added an insurance run with a single that scored Difo. That was his first big-league RBI. Socolovich walked Goodwin on four pitches, triggering a mound visit. Turner came to the plate with one last chance to continue his 13-game hitting streak but grounded out to third for a force out that ended the inning.

Nationals closer Sean Doolittle took the mound for the bottom of the 14th to preserve the 5-3 score. Pinch-hitter Peter Bourjos flied out to left on the first pitch. Inciarte first tried to bunt but ended up flying out to Taylor in center. Albies followed with another fly out to Taylor to end the game, earning Doolittle his 15th save of the season.

The 14-inning game took only 4 hours. There were 17 half-innings with only the minimum three batters. The number of strikeouts may have helped move the game along: Atlanta struck out 16 times, Washington 18.

Justin Miller was credited with the win.

According to Elias Sports, it was the first time in Nationals/Montreal Expos history that the team posted seven perfect relief innings in one game. It was only the second time in 110 years that the Braves had struck out 16 times without earning a walk.5

In addition to the sources cited in the Notes the author also relied on Baseball-reference.com and Retrosheet.org.

1 This was Spencer Kieboom’s fifth major-league game. He and his brother Carter Kieboom (major-league debut April 26, 2019) are from Marietta, Georgia.

3 This was Socolovich’s final appearance in the majors for 2018.

5 Mark Zuckerman, “On the Dominant Pitching That Made Saturday’s Win Possible,” MASNSPORTS.com, June 3, 2018. masnsports.com/nationals-pastime/2018/06/on-the-dominant-pitching-that-made-saturdays-win-possible.html. Accessed May 20, 2019. The Braves franchise goes back to 1876 when they began as the Boston Red Stockings, but the Baseball Reference Play Index goes back to only 1908.