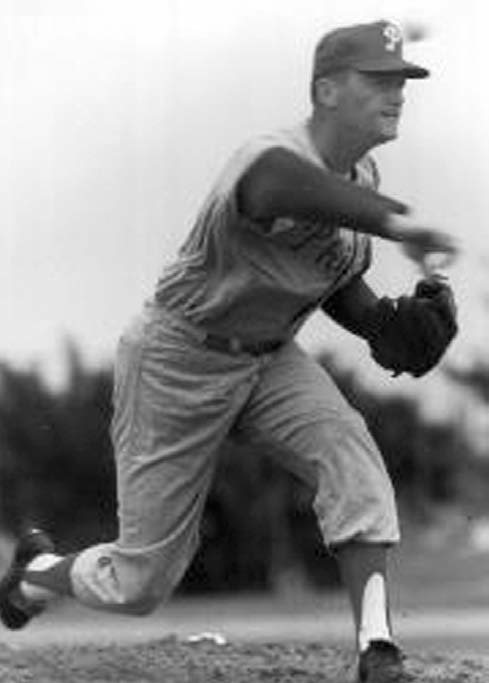 Fathers’ Day in 1964 was a beautiful, hot summer day in New York. At Shea Stadium that day the team with the best record in baseball, the Philadelphia Phillies, was scheduled to play a doubleheader against the team with the worst record in baseball, the Mets. On the mound for the visitors in the first game would be 32-year-old Jim Bunning who had been acquired from Detroit the previous December. Opposing him was Tracy Stallard who had beaten the Phillies nine days earlier in Connie Mack Stadium

Two rookies got the Phillies off to a fast start. Leadoff hitter, 20-year-old Johnny Briggs worked Stallard for a free pass. After a sacrifice bunt that moved him to second Briggs scored on a ringing single by another rookie, Richie Allen. Up a run, Bunning started the Mets’ leadoff hitter Jim Hickman with two fat hanging sliders. Of course no one knew it at the time but those pitches were perhaps the only two bad pitches Bunning would make all afternoon. In the end Hickman did what he would do each time up that day…he struck out. Next up was the National League’s All-Star second baseman, Ron Hunt. Later in his career the challenge when pitching to Hunt was not so much throwing a pitch that Hunt could hit but rather throwing a pitch that would not hit Hunt. But those days were still in the future. On his first plate appearance on this day Hunt grounded out to his counterpart at second base, Tony Taylor. Ed Kranepool followed with a pop up to short. In the second the Phillies added another run while Bunning again quickly dispatched the three hitters he faced.

Through the next three innings Stallard dominated Phillies hitters allowing just a walk and a single. Meanwhile Bunning had clearly found his rhythm. The Phillies pitcher had a distinct windup and release. It started when he rocked back bringing his hands high above his and ended with him finishing well over on the left side of the mound. Mixing in sliders and curves with a hopping fastball, Bunning, when he was on, could be very difficult to hit. As he breezed through the Mets order it became clear that on this day Bunning was at the top of his game.

By the fifth inning a buzz began to circulate throughout Shea. Bunning had set down all 12 men he had faced. As he took the mound in the fifth, the Phillies pitcher may have been thinking about a game against the Houston Colt .45s five weeks earlier when Jim Wynn led off the fifth with a single and became the only Colt to reach base that day. This time Bunning got the leadoff hitter in the fifth on a pop to short. The second hitter, Jesse Gonder, did not go as easily. The Mets catcher swung at the first pitch he saw – a straight change up – smacking a sharp, low line drive into the hole between first and second. As soon as the ball left the bat Bunning was certain that his perfect game was gone.1 However, to the rescue came  Taylor. Reacting instinctively, Taylor took a couple of quick steps to his left then dived into shallow right field, knocked the ball down, and from his knees fired to first in plenty of time to get the slowed-footed Gonder. Bunning later acknowledged that “when he (Taylor) did that I knew I had something going.”2

In the dugout between innings Bunning ignored baseball superstition and talked to his teammates about the gem he was pitching. “Sure I talked about it…that way you’re not disappointed if you don’t get it.” After the game Phillies manager Gene Mauch had a different take on Bunning’s dugout strategy. “I think he did it as much to relax his teammates as himself.” Catcher Gus Triandos didn’t know what his batterymate’s motives were but admitted: “He was jabbering like a magpie!”3

The sixth was a good inning for the Phillies. Johnny Callison opened with a home run to right field. Two weeks later Callison would hit another home run in Shea Stadium but that time it would be a three-run walk-off blast off Dick Radatz that gave the National League All Stars a 7-4 win over their American League rivals. After Callison’s shot Allen struck out, Wes Covington walked, Taylor singled, and Triandos singled a run in. With runners on second and third Bunning helped his own cause with a two-run double.

Now up by six runs and more than half way to perfection, Bunning focused exclusively on each hitter he faced. In the sixth, shortstop Charley Smith, who had been with the Phillies in 1961, lifted a fly to center. It was the last time that a Mets hitter would get a ball out of the infield. In the seventh, facing the top of the order for the third time Bunning appeared to be getting stronger as he sandwiched a ground out between two strikeouts. He did the same in the eighth. After each inning Bunning prowled the dugout reminding his teammates how many more outs he needed and telling them “…do something out there, dive for the ball.”4 On the bench as the Phillies batted in the top of the ninth, Bunning leaned over to Triandos and confided: “I’d like to borrow Koufax’s hummer for the last inning.”5

By the ninth inning most of the 32,026 fans in Shea were roaring their support for the Phillies pitcher.6 Six years earlier Bunning had pitched a no-hitter against the Red Sox at Fenway Park but the clamor of this crowd easily surpassed that day in 1958. Meanwhile Mets legendary play-by-play announcer Bob Murphy informed his radio audience that baseball history was just three outs away. “Not since 1880 has there been a perfect game in the National League.”7

Charley Smith led off the Mets ninth popping one into foul territory that the Phillies shortstop easily handled. Mets manager Casey Stengel then decided to send up left-handed power hitter George Altman to pinch hit. As Altman took a few warm up swings, Bunning signaled for Triandos to join him on the mound. The Phillies pitcher had never faced Altman before and Triandos expected that Bunning wanted to discuss how to pitch to him. Instead, “he’s out there with two hitters to go and calls me out and says I should tell him a joke or something, just to give him a breather. I couldn’t think of any. I just laughed at him.”8 With Triandos back behind the plate and Altman waiting in the batter’s box, Bunning went back to work. Three quick strikes later, Altman joined his teammates on the Mets bench…one out to go.

Again Stengel sent up a pinch hitter; this time it was rookie John Stephenson, another left-handed hitter. Bunning wasted no time going after Stephenson. The rookie waved at the first offering, then looked at a second strike. Now one pitch away from baseball immortality, Bunning teased Stephenson with two balls a bit high and just off the outside corner of the plate. Getting the ball back from Triandos, Bunning turned his back to the plate, rubbed up the ball, and took a few steps on the third-base side of the mound. Ready to go he stepped on the pitching rubber, went into his windup and released the ball – his 86th pitch of the day – a curve. Stephenson thought the pitch was a bit high but with two strikes felt he could not let it go by.9 Taking a defensive swing he became Bunning’s tenth and final strike out of the day. Perfection achieved.

Instantly Bunning was swarmed by his teammates. Everyone in Shea stood chanting “We Want Bunning, We Want Bunning” for several minutes. 10 Across the field in the home dugout Mets players all stood and applauded the performance. It was the only time during his career Bunning remembered ever getting such a universal ovation. Radio announcer Murphy summed up the mood of the moment best when he told his listeners: “Oh what a happy scene for the Phils and Jim Bunning!”11

Of course baseball that day at Shea did not end when Jim Bunning left the mound. While few remember the second game, one who does was the Phillies’ starting pitcher, 18-year-old Rick Wise. The young hurler earned his first major-league win that afternoon beating the Mets, 8-2. 12 Though a notable personal milestone, obviously it is Jim Bunning’s masterpiece that Fathers’ Day afternoon in 1964 that will live forever with baseball fans.

5 Ibid. All quotations in this paragraph are from the same article (for the most part the Philadelphia Inquirer and New York Times simply reported the game. The Bill Lyons piece drew much from The Sporting News. Thus the best (in my opinion) and original quotes are the ones I’ve used.