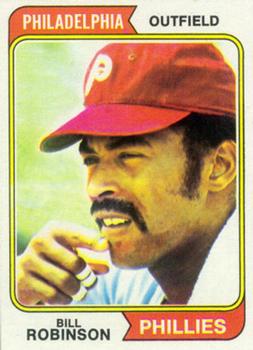 Wayne Twitchell was making his first start of the season since having knee surgery.1 His last start had been on September 18, 1973, versus the Chicago Cubs. Twitchell recalled his recovery: “It seems in memory, to be the shortest winter I ever spent. Two months went by, there were no high points, nothing to remember. Five, six days went by and I never looked outside…”2 The Inquirer’s Frank Dolson wrote: “He was wearing a 20-pound cast then, and the knees hurt terribly. ‘I can remember times when I wondered when it was going to stop hurting,’ he said. ‘It was like a tremendous toothache. It breaks your resistance down a little bit. You get up in the morning and you know it’s going to hurt all day, all night. Prior to that, I didn’t believe anything could hurt that much.’”3

The Mets struck first in the second inning. Milner walked with one out and Ken Boswell “hammered a 1-2 pitch down the right-field line for his first home run of the season.”4

The Phillies answered, facing George Stone in the bottom of the second. Bill Robinson “led off by blasting a 1-0 pitch into the lower deck in left field.”5 Montanez singled to center with one out and Larry Cox’s fielder’s choice groundout to shortstop forced Montanez at second. Twitchell helped himself with a two-out single to right, moving Cox to second. Cash’s double to left scored Cox and sent Twitchell to third. Bowa’s single to right scored Twitchell and Cash to finish off the scoring in the inning.6

The second inning was also interrupted by loud noises and golf balls. A cherry bomb exploded in the Mets bullpen, below the left-field stands – and this followed a similar explosion in the visitors’ bullpen during the opening game of the twi-nighter.7 At the behest of the umpires, the public-address informed the crowd that “any further firecracker incidents would force the umpires to stop the game and award the Mets a forfeit victory.”8 Between innings the umpres’ crew chief, Ed Vargo, recommended to Mets manager Yogi Berra that everyone should leave the Mets bullpen. Vargo said New York relief pitchers would have “unlimited warmup throws” when they entered the game.9 The New York Times’s Parton Keese wrote: “So the Mets’ pitchers and catchers in the bull pen marched in single file and deployed to their dugout. When golf balls start bouncing around him, Kranepool decided to wear his batting helmet in left field.”10

In the next inning the Mets cut into the Phillies’ lead. Milner led off with his 12th home run of the season. After a one-out walk to Don Hahn, Ozark lifted Twitchell and replaced him with Jesus Hernaiz.12 He was making his fifth appearance in 10 games.13 Hernaiz walked Duffy Dyer, the first batter he faced. Pinch-hitter Ron Hodges’ single to left scored Hahn.

An explosion occurred when Jack Aker was warming up in the seventh. “Another cherry bomb exploded on the left field AstroTurf,” Keidan reported. “Vargo wheeled from his third-base post and glared toward the stands, but allowed the game to continue.”14

The Mets got closer to the Phillies in the eighth. Hernaiz retired the first two hitters on groundouts. Pinch-hitter Dave Schneck reached on Hernaiz’s error. Garrett’s single to right moved Schneck to second. Millan doubled to left. Schneck scored, “but Bowa’s relay throw to catcher Larry Cox cut down Garrett trying to score on the play, and the Mets were finished for the night.”15

A fourth explosion occurred while Hernaiz warmed up in the ninth, but Vargo permitted the game to continue. The Mets, down by three runs, tried to rally one more time. Ed Kranepool led off with a walk and took second on Milner’s single to right. But Hernaiz retired Boswell on a fly to right and a Hahn grounder to Bowa to end the game and sweep the doubleheader.16 Twitchell got credit for his first win as a starting pitcher since August 28, 1973, versus the San Francisco Giants. Hernaiz pitched 3⅔ innings, allowing an unearned run, for his first career save.17 He walked three, gave up four hits, and allowed an inherited runner to score.18 Hernaiz was the third Phillies pitcher to collect a save in the season.19 The attendance, 51,197, was the largest of the season at Veterans Stadium.20

The sweep combined with the St. Louis Cardinals’ 4-3 win over the Montreal Expos, kept the Phillies in first place, by one game over the Cardinals.21

In addition to the sources mentioned in the Notes, the author referred to Baseball-Reference.com and Retrosheet.org for box scores, play-by-plays, and other pertinent information.

5 Ibid. It was Robinson’s third home run of the season.

12 Hernaiz made his major-league debut on June 14 and was making his fifth appearance and getting his first save opportunity. He was called up from Triple-A Toledo (International) when the Phillies optioned catcher Jim Essian.

13 Hernaiz pitched 25 times in the Phillies’ 63 games between June 14 and August 19, but only twice in the final 40 games (both in September and none after September 13). However, Hernaiz’s last nine appearances (August 4 through September 13) were when the game was tied (three) or the Phillies were behind (five).

17 The 18 batters faced by Hernaiz were a career best. He had three more save opportunities: July 16 at San Diego (blown save and loss), July 28 versus Pittsburgh (blown save), and July 30 versus St. Louis (blown save and loss). Unofficially, he also had five holds: June 17 and June 19 versus Houston, July 14 (Game One) at San Francisco, July 18 at San Diego, and July 27 (Game One) versus Pittsburgh.

19 The Phillies were 19 (eighth in the NL) out of 24 (15th) in saves in 1974. Six pitchers (Larry Christenson, Gene Garber, Herniaz, Mac Scarce, Schueler, and Eddie Watt) had at least one save. Three others had save opportunities but no saves. The Phillies acquired Tug McGraw as part of a six-player trade from the Mets on December 3, 1974.

20 The Phillies’ eight runs in the second game were a season high for them against the Mets. The home attendance of 51,197 was a season-high and a Veterans Stadium record for a doubleheader at the time. Both marks were eclipsed by the 55,066 in a doubleheader against the Pittsburgh Pirates on July 27.