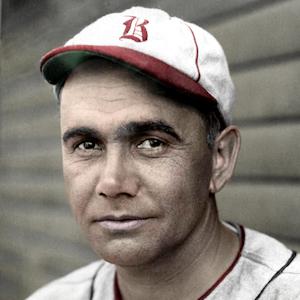 When Leo Mangum took the mound on June 27, 1933, he was 37 years old and had been kicking around professional baseball since 1920. His spotty time in the major leagues had produced a 4-5 record with a 5.60 earned run average. He’d been discarded by four big league teams;1now with the Boston Braves, he was a spare part, “regarded merely as a man to finish up badly scrambled games.”2

In truth, he was known almost as much for his musical talents as his baseball skills. Mangum played guitar, ukulele and banjo, and sang in what one sports-page critic described as a “more or less harmonious tenor.”3As a result the pitcher was sometimes called “Banjo” Mangum.4Braves manager Bill McKechnie said that “when Mangum has his control, he’s tough on any ballclub.” On the other hand, he added, “When he’s a mite off, … it’s just as well that Leo take the rest of the afternoon off and practice on his banjo.”5

But a series of doubleheaders had taxed the Braves’ pitching staff. On this day, McKechnie made a last-minute decision to give his workhorse left-hander Ed Brandt an extra day’s rest and instead sent Mangum against the St. Louis Cardinals.6 At the time the Cards were in second place, just three games behind the New York Giants, and they had scored more runs than any other team in the National League.7

Eight future members of the Hall of Fame were in uniform in Boston that day. St. Louis was led by second baseman Frankie Frisch and left fielder Joe Medwick. On the Cardinals’ bench was Rogers Hornsby.8 Just 3,000 fans were at Braves Field for the Tuesday afternoon contest.

Soon Mangum was locked in a tight pitchers’ duel with Bill “Lefty” Walker. Mangum scattered six hits — depending on which Boston writer you believe, as many as “five of the six … were on the scratchy order”9 — and walked none. He displayed “a wonderful change of pace” and cut the corners of the strike zone with his trademark curveball.10

He wiggled out of a jam after St. Louis got men to second and third with one out in the top of the fifth inning. The Braves nicked Walker for only three hits but edged into the lead in the bottom of the fifth after Hal Lee reached base on an error. When Al Spohrer followed with “one of those little in-between fly balls”11 that fell in left field for a single, Lee — with “reckless but brilliant base running”12 — raced around second base and barely beat Medwick’s throw to third. From there, Lee was able to score on an infield out.

The climactic moment came when, with Boston still leading 1-0, Hornsby came out to lead off the eighth inning, batting for Walker. At age 37, the Rajah — born in Winters, Texas, one month before Mangum first saw daylight in Durham, North Carolina — was past his prime, but he could still hit. When he stepped into the batter’s box that afternoon, Hornsby was working on a string of five consecutive pinch hits. Mangum got him on a pop foul to first base.

Within moments the game was over. The score stood and in just 85 minutes, Mangum had completed the lone major league shutout of his tortuous career. Paul H. Shannon of the Boston Post hailed “one of the finest games of the season.”13 The Boston Herald called Mangum “brilliant.”14

“It looks to me,” McKechnie told a reporter, “as if I have [found] another starting pitcher.”15

It didn’t work out that way. Leo Mangum would appear in 44 more games in the major leagues but start only six. He pitched until 1938, ending up with 11 wins in the major leagues and 210 in the minors.16Ultimately the fairest assessment of Leo Mangum, offered by longtime Boston baseball writer Paul H. Shannon when the Braves let him go in 1935, was that he was “a great minor league pitcher.”17

But for one day he was as good as anybody.

1 Before landing with the Boston Braves in 1932, Mangum pitched for the Chicago White Sox (1924-25) and the New York Giants (1928). He also spent several weeks with the Pittsburgh Pirates (1920) without getting into a game, and went to spring training with the Washington Senators (1927) before being sold to the Buffalo Bisons of the International League.

7 Retrosheet.org, National League standings at the close of play June 26, 1933.

8 In addition to Frisch, Medwick and Hornsby, the Cardinals included shortstop Leo Durocher and pitchers Jesse Haines and Dazzy Vance. Boston had manager Bill McKechnie and infielder Walter “Rabbit” Maranville. A ninth Hall of Famer, pitcher Dizzy Dean, was with the Cardinals in Boston and might have started the game had he been fit, but he reportedly remained at the team’s hotel, nursing “a heavy cold.” See Paul H. Shannon, “Mangum Winner in Hurling Duel,” Boston Post, June 28, 1933, 14.