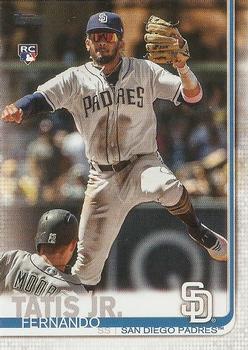 Similar to almost every game played in San Diego during the summer month evenings, this Friday was no different: a comfortable 69 degrees Fahrenheit, with some clouds, and slight winds at 8 mph.

The general mood of the Padres and their fans was positive. The team was feeling optimistic with a .500 record, a positive sign for a club that had finished under .500 in each of the prior eight seasons. The Cardinals, on the other hand, with their similar record were in a bit of a slump, having lost three in a row, and had a record of 21-29 since May 1. In contrast to the Padres, the Cardinals and their fans expect the team to play winning baseball, having finished each of the seasons since 2007 over .500 and having been in two World Series during that period.

For this game the starting pitchers were Cardinals veteran Michael Wacha, coming in with a 5-3 record, to face the Padres’ second-year left-hander, Eric Lauer, with a 5-7 record.

The first inning started off in quiet fashion: The Cardinals got a two-out single from Paul DeJong, who was left stranded, and the Padres went down in order.

The action picked up in the top of the second with a leadoff double by the Cardinals’ Jose Martinez followed by a single from Yadier Molina, with Martinez stopping at third base. This brought up Harrison Bader, batting seventh for the Cardinals. With a 2-and-1 count, Bader hit into a fielder’s choice, a unique one in which the Padres were unable to get an out and left the bases loaded. The next batter, Kolten Wong, topped a ball back to pitcher Lauer who threw to catcher Austin Hedges for a force out of Martinez at home plate.

The bases remained loaded, now with one out. Cardinals pitcher Wacha came to bat and struck out. Leadoff man Tommy Edman hit a groundball to first baseman Eric Hosmer, who threw to pitcher Lauer covering first base. First-base umpire Vic Carapazza called Edman safe, and a run was home, and the score 1-0 in the Cardinals’ favor.

Except … the play was not over. Realizing that the batter was safe, Lauer immediately turned his attention to Wong, who was caught in a rundown between second and third. A short toss to Padres third baseman Manny Machado and Wong was tagged out. However, Padres manager Andy Green called for a review of the play at first base. The on-field call was overturned and the batter, Edman, was called out for the third out, nullifying the run.

The score was 0-0 through the third inning. Padres manager Green called for another replay review in the top of the third. With two outs Cardinals left fielder Marcell Ozuna was on first base with Martinez at bat. On a 2-and-2 count, Lauer attempted a pickoff at first base. Ozuna was called safe by umpire Carapazza. Ozuna, in a head-first slide, injured fingers on his right hand in reaching for the base and was writhing in pain. A timeout was called, and he got up and walked to the Cardinals dugout, apparently realizing that his injury was severe enough to prevent him from playing further in the game. In the meantime, the review overturned the on-field call for the second time in the game and Ozuna was out.

In the top of the fourth the Cardinals got a run that counted. A single by Molina and a double by Wong placed runners at second and third with two out. The next batter, pitcher Wacha, grounded out to Padres shortstop Fernando Tatis Jr., who threw to first base for the third out. Except … Cardinals manager Mike Shildt challenged the out call and requested a review. This was review number three in the game, all dealing with plays at first base. Like the other two, this one was overturned. Wacha received credit for a single and an RBI as Molina scored.

The score was 1-0 entering the bottom of the sixth inning. The Padres tied the game when rookie Tatis hit the first pitch for his 10th home run of the season. Four pitches later, Eric Hosmer followed with his 13th round-tripper of the season.

With one out in the Padres’ seventh, Ian Kinsler hit a single and that brought up Manuel Margot. Margot hit a groundball to shortstop Paul DeJong, whose throw to second baseman Wong forced out Kinsler but Wong’s throw to first base was ruled not in time by umpire Carapazza. Except … Cardinals manager Shildt called for a replay review, the game’s fourth, all having to do with plays at first base. And for the fourth time, the on-field call was overturned. In the scorebook the inning ended with a 6-4-3 double play.

The four overturned calls turned out to be quite unusual. David Smith of Retrosheet found that in the more than 13,000 games played since 2014, when extended replay was implemented, only 14 times had there been four challenges in a game.1 This was the first time all four were overturned at first base. Gerry Davis, who was the crew chief, quipped the next day, “If that had been me (umpiring first base), you’d be walking me off the ledge. That, or hide the razor blades kind of thing.”2

The Cardinals mounted a rally in the top of the eighth inning, placing runners at first and second with two outs. With Wong coming to bat and the tying and lead runs on base, Padres manager Green brought in closer Kirby Yates. With a 1.36 ERA, he was leading the National League in saves with 26. What was unusual was for Green to call on Yates in the eighth inning rather than the ninth. In his career Yates had come into only one other game in the eighth. On four pitches Yates disposed of Wong with a strikeout.

The Padres added a run in the bottom of the eighth inning on a double by Wil Myers, a wild pitch by the Cardinals’ Geovanny Gallegos, and an RBI groundout by Hosmer that made the score, 3-1. In the top of the ninth Yates got two quick fly balls, bringing up Cardinals hard-hitting first baseman Paul Goldschmidt. In his first year with the Cardinals, he was off to a tepid start with a .253 batting average compared with his career average of .297 coming into the season. Four pitches from Yates and the game was over as Goldschmidt struck out and the win for the Padres was in the books.

The game was seemingly unremarkable until one considers:

The win further enthused San Diego’s fans as the team’s 41-40 record was the first season since 2010 in which the Padres were over .500 at the season’s halfway mark.3 The MLB.com “Wrap” captured the positive mood with a headline in the game’s recap that said it all: “Padres ‘in the thick of it’ at halfway mark.”4 The Cardinals, on the other hand, with their record now at .500, there was an air of pessimism, having lost the game and their slugging outfielder Ozuna for weeks and maybe months.5 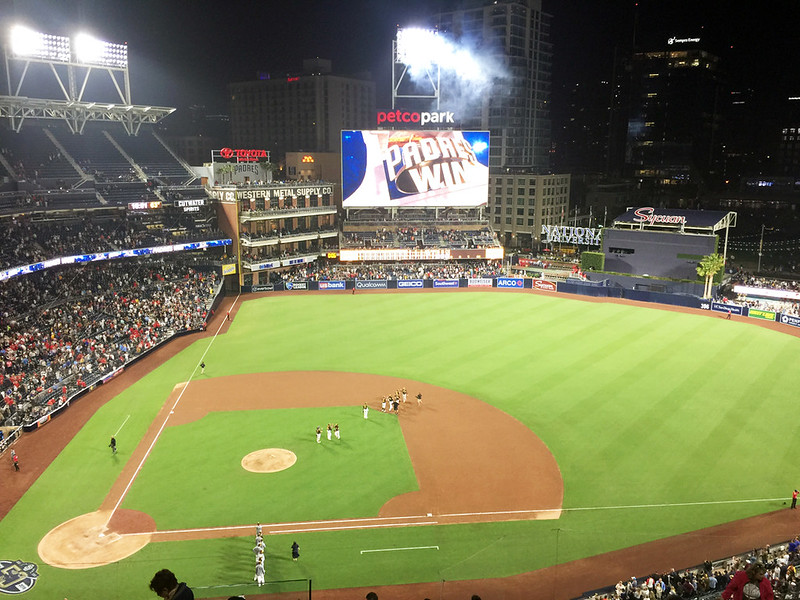 In addition to the sources cited in the Notes, the author consulted Baseball-Reference.com and David W. Smith of Retrosheet.org.