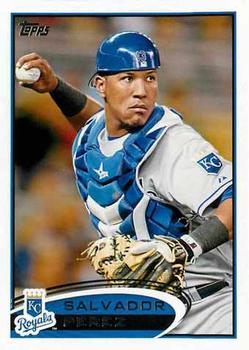 As the major-league schedule headed to the midpoint point in 2012, all six divisions had multiple teams still eyeing the postseason as a possible destination. A playoff format of three division winners and one wild-card team had been created in 1994 to give more teams a shot at the postseason and, it was expected, amp up the excitement and interest of fans.

Major League Baseball took another step in 2012 by adding an additional wild-card team to the mix. It was a playoff formula that the National Football League had employed since 1978, with great success. Now more teams and their fans were engaged in baseball games being played after Labor Day.

Although the Twins finished in the cellar in 2011, it was still a rather unfamiliar place for them. Since 2002, when Ron Gardenhire replaced Tom Kelly as the manager, Minnesota had won division titles in 2002, 2003, 2004, 2006, 2009, and 2010. In 2008 they finished in second place to Chicago by one game. The problem for Minnesota came in the postseason. They lost to Anaheim in the Championship Series in five games in 2002. But after that they were unable to advance past the Division Series the next five times they won their division.

The Kansas City Royals last reached the postseason in 1985 when they defeated the St. Louis Cardinals in the World Series. Since the realignment of divisions in 1994, the Royals had finished in second place only once (1995) and were never considered serious contenders. In the five-team Central Division, KC finished in either fourth or fifth place 14 seasons.

But there was reason for optimism as the Royals arrived in the Twin Cities for a four-game weekend series against the Twins on June 29, 2012. Although their record was below .500, the Royals were only 5½ games behind front-running Chicago. The Royals were a young, talented, and hungry team that was seemingly on the cusp of becoming a championship team. Alex Gordon in left field, Mike Moustakas at third base, Eric Hosmer at first, and catcher Salvador Perez gave the Royals a strong foundation.

The Twins were led by catcher Joe Mauer and first baseman Justin Morneau. The team was in a rebuilding mode and the popular Mauer, who was born and raised in St. Paul, was probably the only immovable part on the team.

The pitching matchup for the June 29 game was Luis Mendoza (2-4, 4.95 ERA) for Kansas City and Brian Duensing (1-3, 3.82 ERA) for Minnesota. Mendoza was used mostly as a starter (five relief appearances) by Royals manager Ned Yost. He had made only two starts for the Royals in 2011, and spent most of the season hurling for Omaha (12-5, 2.18 ERA) of the Triple-A Pacific Coast League.

A warm summer evening greeted the 33,359 baseball fans who made their way to Target Field. Those in attendance may have still been purchasing their scorecards and Cracker Jack when Gordon led off the game with a double to left field. He was at third base after groundouts by Yuniesky Betancourt and Moustakas. Billy Butler’s single to center field sent Gordon home with the first run of the game.

In the top of the second inning, Perez smashed an opposite-field home run to right field to extend the Royals’ lead to 2-0. It was the second round-tripper of the season for the young backstop.

Minnesota got a run back in the bottom of the second inning. With one away, Morneau laced a single to center field. He was erased at second base on a force play grounder by Trevor Plouffe. Mendoza uncorked a wild pitch, moving Plouffe to second base. Designated hitter Ryan Doumit stepped to the plate. Doumit, who had signed a two-year extension earlier in the day, singled to left field to knock in Plouffe.

The score remained 2-1 until the top of the fifth inning, when the Royals offense went back to work. Alcides Escobar beat out a bunt. Gordon singled to left and Betancourt doubled to center, scoring Escobar and moving Gordon to third base. Gardenhire lifted Duensing and brought in right-hander Anthony Swarzak. It was a precarious situation for Swarzak. But he got Moustakas to pop out to short. He intentionally walked Butler to load the bases. Jeff Francoeur hit a comebacker to the mound and Swarzak threw home for the force out on Gordon. Eric Hosmer flied out to end the threat. It could have been much worse for the Twins, but they were still within striking distance.

In the top of the seventh, Gardenhire went to his bullpen again and brought in Tyler Robertson. The young southpaw whiffed Gordon, gave up a hit to Betancourt, and struck out Moustakas. Gardenhire emerged from the dugout and brought in Kyle Waldrop. Waldrop did not provide the needed relief, walking Butler and plunking Francoeur to load the bases. Hosmer’s infield single plated Betancourt and the Royals led 4-1.

The Twins were unable to get to Mendoza. The Royals starter went a career-high eight innings and threw 115 pitches, another topper on his career charts. “I think it’s because I just stayed aggressive,” he said. “Stay with my sinkers to lefties inside and to righties inside, too. It worked well, too.”1

Yost went to his closer, Jonathan Broxton, to close the door on the Twins. Although he had 19 saves to his credit thus far in the season, Broxton tended to make games interesting. He had allowed baserunners in eight straight and 15 of 18 save opportunities.2

As if almost on cue, Broxton walked Denard Span. Ben Revere followed with an infield single and then Mauer blasted a double to left field. Just like that, the Royals’ lead was now 4-2 and there were two men in scoring position with nobody out. If Halsey Hall were still behind the mike, one might hear one of his patented “Holy Cows!” being spread through the airwaves.

Josh Willingham drew the Twins closer with a groundout to shortstop that scored Revere but held Mauer at second base. With the Twins a run down, Morneau stepped to the plate and hit a broken-bat fly to center field for the second out. Mauer did advance to third base, but to no avail. Plouffe popped out to Moustakas at third for the final out. Broxton, and the Royals, escaped with a 4-3 win.

Mendoza (3-4) got the win while Duensing (1-4) took the loss. “He mixed his pitches really well,” Gardenhire said of Mendoza. “Put the ball in and out. Really didn’t give us much of a chance. We didn’t do too much off the guy. Fantastic job by him.”3

“It’s always been my experience that good closers know how much they got to work with,” said Yost of Broxton. “He’s been a guy that will bend a little bit in these situations, but very seldom does he break. That’s his job. You let him get his job done.”4

The Twins won the series, taking the next three games. The Royals finished the 2012 season with a 70-92 record and in third place in the AL Central. Minnesota (66-96) finished in the cellar for the second straight season.

But the future was a rosy one for the Royals. Just two years later, they returned to the postseason as a wild-card team in 2014. Kansas City went undefeated in the AL playoffs, toppling Oakland in the wild-card Game and sweeping both Anaheim in the Division Series and Baltimore in the AL Championship Series. However, they fell short to San Francisco in the World Series, losing in seven games.

But in 2015, the Royals put it all together, winning their second consecutive pennant and their second World Series when they defeated the New York Mets in five games. 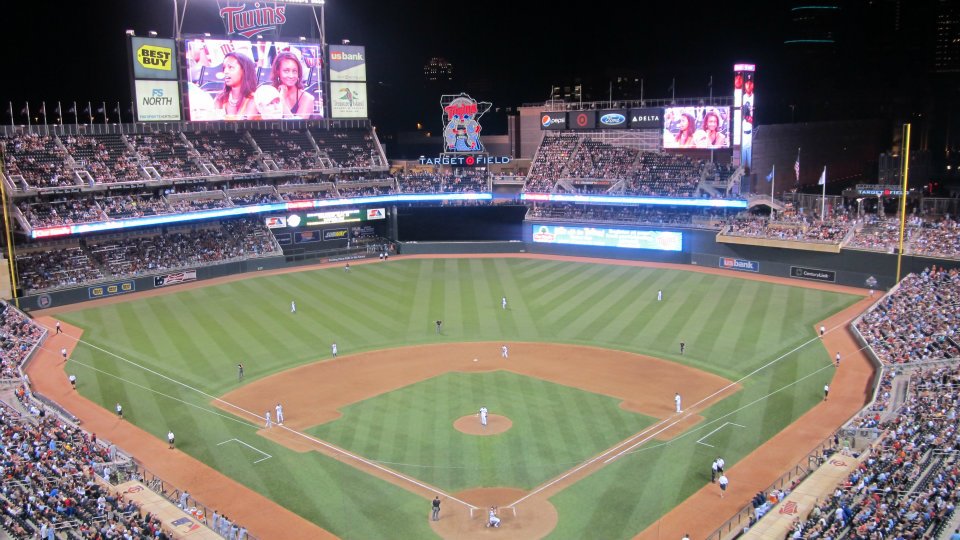 In addition to the sources cited in the Notes, the author accessed Baseball-Reference.com and Retrosheet.org for box scores, play-by-play, and other data.