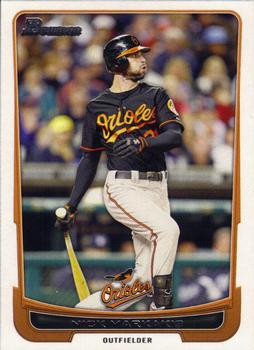 It was a crazy week for Orioles fans in mid-May of 2012. The Sunday series finale in Boston on May 6 had them trying to complete a three-game sweep in Fenway Park after a three-game series win at Yankee Stadium. The Orioles had not won consecutive series in New York and Boston in 20 years.1 Although that feat was already accomplished heading into the Sunday afternoon game, the visitors wanted nothing more than to sweep the Red Sox in a season that was starting to provide reason for optimism among Orioles fans, who had not seen the playoffs in 14 seasons.

In a wild 17-inning affair, the Orioles got their series sweep, with designated hitter Chris Davis pitching the last two innings and recording the win after Adam Jones homered off former Oriole Darnell McDonald, a Boston outfielder who entered the game as a pinch-runner in the eighth inning before taking the mound in the top of the 17th.

After the Red Sox series, the Orioles were atop the AL East by a half-game over Tampa Bay, with the heavy-hitting Texas Rangers coming to town for a four-game series. After Texas won the opener on Monday by the lopsided score of 14-3, the second game of the series belonged to Josh Hamilton. The Rangers slugger homered four times in the game, only the 16th time the feat had been accomplished in the major leagues, in a 10-3 Rangers blowout of the Orioles.2 A rainout on Wednesday forced a day/night doubleheader on Thursday.

The Orioles were in survival mode. Since the end of the Red Sox Series on Sunday, they had made 12 roster moves because of injuries. In addition, the bullpen was logging overtime – with the Red Sox opener lasting 13 innings and Sunday’s 17-inning marathon, and the combined scores of 24-6 in the first two Rangers games.3 The first game of the twin bill had Wei-Yin Chen taking the mound for the Orioles, facing Colby Lewis of the Rangers. The Orioles would need some offensive fireworks of their own, which didn’t take long to generate.

After a quiet top of the first inning, Orioles leadoff hitter Ryan Flaherty led off the bottom of the first with his first major-league home run, to right field, off Lewis’s second pitch. J.J. Hardy followed with a home run to left, and, not to be outdone, Nick Markakis went deep to right to give the home team a 3-0 lead. For just the fourth time in major-league history and the first time ever in the American League, a team led off its half of the first inning with three consecutive home runs. However, Lewis immediately settled down in a big way, retiring the next 18 batters he faced.

The Rangers got one run back in the fourth, on Michael Young’s double and Yorvit Torrealba’s single to make the score 3-1. In the bottom of the seventh, Adam Jones led off the inning with a home run to put the Orioles up by three. After a walk to Matt Wieters, Wilson Betemit homered, increasing the lead to a seemingly comfortable 6-1. At this point, Lewis’s day was feast or famine – three consecutive home runs, followed by 18 consecutive outs, followed by a solo home run, a walk, and a two-run shot. Lewis would finish out the inning before being lifted in the eighth. His line: six runs, five hits (all home runs), and 12 strikeouts. “I can’t justify that game,” Lewis said. “It seemed like one of those days where you have really good stuff, and then you miss your spot or something, and it’s not just a hit, it’s a homer. You can’t really look at it any other way. It was just kind of a weird game.”4

The Rangers tallied another run in the eighth, on two-out singles by Elvis Andrus and Hamilton. The Orioles seemed to escape unscathed, but an error by third baseman Betemit allowed Andrus to score, making it 6-2. In the top of the ninth, Nelson Cruz led off with a single and Torrealba doubled to chase reliever Luis Ayala. The Orioles brought in closer Jim Johnson, and one out later pinch-hitter David Murphy homered to bring the Rangers to within one. Johnson recorded the final two outs and the save, with Ian Kinsler grounding out to third, followed by an Andrus strikeout to end the game.

In the nightcap, the Rangers earned a doubleheader split and a three-games-to-one series win with a 7-3 victory. Hamilton, not finished with his abuse of Camden Yards and Orioles pitching, slugged a two-run home run in the first, his major-league-leading 15th of the year in just his 29th game of the season. He finished 2012 with 43 homers, one shy of Miguel Cabrera’s league-leading 44.

As of 2020 the Orioles’ history-making first inning remained the only time an American League team accomplished the feat of the first three batters homering. The six occurrences are summarized in the following table:

The Orioles, led by Buck Showalter in his second full season as manager, finished 2012 at 93-69, which was good enough to play in the postseason’s first one-game wild-card match, against … the Rangers. Despite their 2-5 record against the Rangers, having been outscored in the regular season 56-24, the Orioles defeated the Rangers 5-1, earning the right to play the top-seeded New York Yankees in the ALDS. It was the Orioles’ first trip to the postseason since 1997, and they took the Yankees to the brink before eventually falling in the series, three games to two.

2 As of 2020 the four-home-run feat has been matched twice more – by Scooter Gennett of the Cincinnati Reds on June 6, 2017, against the St. Louis Cardinals, and by J.D. Martinez for the Arizona Diamondbacks against the Los Angeles Dodgers, on September 4, 2017.