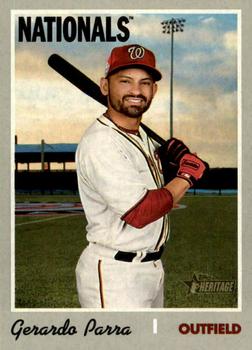 The Washington Nationals did not start the year well. Expected to be contenders, they were off to a 15-23 start, fourth in the NL East, 6 1/2 games behind Philadelphia. They had played eight games of a 10-game road trip and had only won two. The Dodgers, on the other hand, were meeting expectations: at 26-15 they were leading the NL West, three games ahead of Arizona.

The game started at 6:10 p.m. local time so there was still sun on the field, although not where it was likely to interfere with the batters picking up the ball.

Walker Buehler (4-0, 4.95 ERA) took the mound for the Dodgers. Adam Eaton got a surprise single on an “excuse-me” swing. Victor Robles bunted the next pitch: Second baseman Kiké Hernández threw the ball past first putting runners on second and third. Juan Soto worked a walk, then Robles was picked off as he started strolling to third thinking time had been called.1 Anthony Rendon started his at-bat with a foul off his foot and ended with a fly out to right, not far enough for Eaton to score given right fielder Cody Bellinger’s strong arm. Gerardo Parra struck out swinging leaving two on base, wasting what had looked like a promising start for the Nationals. Parra was playing in only his second game for the Nationals. He had been picked up after San Francisco released him. The Nationals’ usual first basemen, Ryan Zimmerman and Matt Adams, were on the IL so Parra was playing first, a position he’d only played a few times in his major league career.

Max Scherzer (1-4, 3.78 ERA) was pitching for the Nationals. He’d made eight starts so far but between bullpen meltdowns and lack of run support,2 he had only earned one win. He started by striking out Joc Pederson. Max Muncy flied out to Robles at the warning track. Scherzer plunked Justin Turner with the first pitch, but Bellinger grounded out to end the inning.

Brian Dozier opened the second with a single down the left field line but nothing else for the Nationals. Scherzer started the bottom of the second by walking Corey Seager. Alex Verdugo singled on the first pitch. Scherzer got two strikes on Hernández, then broke his bat on the next pitch. Hernández saw Dozier near second with his glove up looking as if he was ready to catch a liner, but it was actually a ground ball. Hernández realized too late what had happened and started running hard, carrying his bat stub to first. But Dozier’s deke slowed down Hernández enough that the Nationals managed to turn a double play. Seager was left at third when Austin Barnes struck out.

Buehler got three quick outs to start the third. He then struck out to start the bottom of the frame. Pederson grounded right to Parra for the second out. Muncy worked the count full and then walked. Scherzer fell behind Turner 2-1, then threw him a fastball that he hit for a home run just over the wall: 2-0, Dodgers. Bellinger got a single to right moving his batting average up to .400. Seager finally ended the inning with a fly out to left.

Rendon doubled off the wall in center to lead off the fourth, just beating the throw. He advanced no further. After Parra fouled out, Dozier grounded to Seager who dropped the ball but still managed the throw across the diamond in time for the out. Yan Gomes tapped to third: The throw was off-line, but Muncy tagged him in the baseline. Verdugo also lead off the home half of the fourth with a double but only advanced to third. Hernández struck out, then Barnes grounded right over the mound. Dozier was positioned perfectly for the throw to first as Verdugo took third. Buehler flied out to the warning track to end the inning.

Buehler had an easy top of the fifth: Wilmer Difo, Scherzer, and Eaton all struck out. Eaton was caught looking and was none too happy about it: although he tossed his helmet, he wasn’t tossed, possibly because he didn’t say anything out loud to the umpire. Parra showed off his old Gold Glove3 form in the bottom of the fifth. Pederson hit a liner right to Parra who leapt sideways for the ball, caught it, and held on as he landed flat on the infield dirt. After Muncy singled, Turner grounded into a force play at second. Bellinger battled Scherzer for eight pitches but finally struck out.

Robles grounded out to third to start the sixth. Soto and Rendon both made hard contact on the first pitch but both balls were caught on the warning track. Buehler threw just five pitches. The bottom of the sixth went almost as quickly (14 pitches); Seager and Verdugo flied out to center and Hernández struck out.

Buehler worked a 1-2-3 top of the seventh. Scherzer also continued pitching in the bottom of the seventh. Barnes hit a liner that screamed right by him–into Dozier’s glove. David Freese pinch hit for Buehler, although he missed the “hit” part: Scherzer struck him out looking at three pitches. Scherzer’s first pitch to Pederson hit him on back foot, but Muncy flied out to the warning track to end the inning.

Dodgers manager Dave Roberts chose Pedro Báez to pitch the top of the eighth. Difo got his first hit of the night, a seeing-eye single into left. Pinch hitter Howie Kendrick hit what would have been a double play ball towards third. Turner made a bad throw: The ball went into right field putting runners on second and third. Nationals manager Davey Martinez sent in Michael A. Taylor to run for Kendrick. Eaton bunted but didn’t beat the play at first (the runners held). With only one out and two baserunners Robles had a chance to atone for his earlier mistake. He walked on five pitches to load the bases. Roberts brought in a lefty, Scott Alexander, to face Soto, who finally got a bloop hit into left on the ninth pitch of his at-bat. The hit wasn’t deep enough to score more than one run: 2-1, Dodgers. Roberts switched back to a righty, Dylan Floro, to face Rendon. Floro got the second out, striking out Rendon on the eighth pitch of the at-bat with the crowd behind him cheering every pitch. Parra came to the plate with the bases loaded. He was 0-for-6 in the series and sported a below-Mendoza-line batting average. Backed by the 53,647 cheering fans, Floro was one strike away from getting out of the inning, but Parra hit his fifth pitch several rows up the bleachers in center. The locus of the cheering moved from the stadium to the Nationals’ dugout where Scherzer was jumping up and down with excitement (and perhaps joy at being credited with a long-awaited second win). The four players who scored conga lined through the dugout high-fiving everyone.4

The remainder of the game was anticlimactic. Dozier struck out to end the top of the eighth. Wander Suero for the Nationals and Yimi García for the Dodgers each pitched 1-2-3 half-innings.

Given the score, the Nationals’ closer Sean Doolittle pitched the bottom of the ninth. He induced a Verdugo popup and a Hernández fly out, both to Robles in center. Barnes ended the game by fouling out to Parra, which seemed only fitting given his key role in the Nationals 5-2 win.

The Dodgers never lost their lead in the division, finishing at 106-56, 21 games ahead of Arizona. The Nationals recovered to finish their season at 93-69, four games behind Atlanta. The two teams met in the NLDS: The Nationals won 3-2 and went on to win the World Series. The decisive game five was also played in Dodger Stadium and also involved a game-winning grand slam. But that’s another story!

We were watching this game on TV in a hotel room. When Parra hit that grand slam well past bedtime local time, we forgot where we were and started cheering. Luckily there was no one in the next room (or they were very sound sleepers) because no one banged on the wall.

In addition to the sources cited in the notes, the author also consulted Baseball-reference.com, and retrosheet.org.

2 In his seven losses and no-decisions, the Nationals had scored a total of 15 runs. In his one win, they’d scored 12.

4 Due to the error and the number of pitchers, the official scoring for this inning is unusual. Alexander and Floro were each charged with one earned run, but the team was charged with no earned runs. Therefore, the box score appears to show 1 + 1 = 0. The scoring was changed after the game under an application of Section 10.18 (i) of the Scoring rules. This allows the official scorer to charge individual pitchers with runs if they allow runners who eventually score to reach base, even though the runs are unearned at the team level due to previous errors.