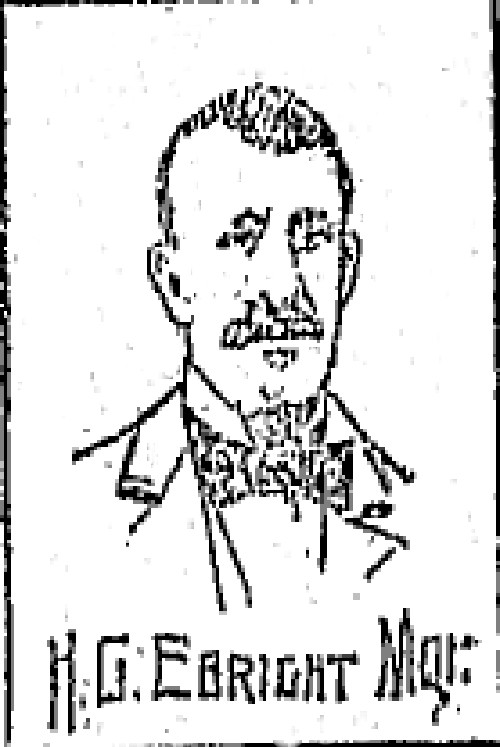 On January 9, 1894, a meeting was held at the Sherman House Hotel in Chicago to reorganize the Illinois-Iowa League. During the proceedings the loop was expanded to include teams from Nebraska and Missouri. Dave Rowe was named president of what would be the third different league with the name Western Association. (The first existed from 1888 to 1891, the second in 1893.) The newest version of the circuit was made up of teams from Peoria, Jacksonville, Rock Island-Moline, and Quincy in Illinois; Des Moines, Iowa; St. Joseph, Missouri; and Lincoln and Omaha, Nebraska. Each franchise would play under an $800 salary limit for the players and manager. In addition it was decided that 5 percent of the total receipts from each game would be put into the league treasury.

A second meeting was held in Des Moines on February 20 for purposes of creating a schedule and writing a constitution for the league. It was decided that the Western Association would play 126 games from May 3 through September 23. Four more franchises, Joliet, Illinois, and Dubuque, Burlington, and Cedar Rapids Iowa, petitioned for membership but were turned down in order to keep the league at eight teams.

Starting the 1894 season on the road the Peoria Distillers (6-6) played their home opener on May 19 against the Lincoln Treeplanters (6-5) at the Lake View grounds. This game was originally scheduled for the day before but was rained out.

The Opening Day festivities began with a parade that started at the Peoria House Hotel at Adams and Hamilton Streets. The procession was led by Spencer’s 20-piece band riding in a large carryall. The band, formed in 1858 by Daniel Spencer, was a local institution in Peoria, playing at every major city event for decades. Next in line were carriages containing Lincoln player-manager Buck Ebright and his team. Ebright played in the majors with the Washington Nationals in 1889. Behind the Treeplanters was the Peoria club in a large buckboard. Distillers manager G.W. Brackett and team president Charles E. Flynn followed in another carriage. Brackett started out in professional baseball in 1877 managing both the Syracuse and Rochester teams that season. Flynn was a former superintendent of detectives. The rest of the parade, 20 conveyances in all, was composed of Peoria’s civic leaders along with friends and admirers of the home team.

The procession wound its way along Hamilton, turned onto Monroe Street, then onto Main Street, Jefferson, Franklin, and Adams. From there the cavalcade of horse-drawn vehicles proceeded to Lake View Park, on the shore of Peoria Lake.

Despite the fact that it was a cold day with strong winds blowing in from the north, nearly 400 baseball enthusiasts braved the elements to support their city’s new baseball team. Admission to the game cost 25 cents and for 5 cents extra you could purchase a seat cushion. The scorebook, produced by E.C. Norton of Boston, had pictures and biographical sketches of each Peoria player. There were women in attendance, but due to the raw weather only the most stouthearted female fans were able to sit through the entire game. Mr. Norton was a big hit with the ladies that day as he handed each one a pack of chewing gum as they passed through the turnstiles.

Lincoln manager Ebright chose John “Youngy” Johnson as his starting pitcher while Peoria skipper Brackett gave the ball to John Lyston. The game started at 3:30 sharp with Peoria choosing to bat first. Both pitchers were locked in from the start. After seven innings there were no runs scored with only a few hits being made by either side. After Johnson held Peoria scoreless in the top of the eighth, Lincoln finally broke the ice in the bottom half of the inning.

Jim Sullivan led off the eighth for Lincoln with a towering fly to center for the first out. George Speer followed with a single. With Frank Pequinney at the plate, Speer broke for second base. Peoria pitcher Lyston saw Speer make his move so he fired the ball to second baseman Pat Wright. Lyston’s throw caught Wright by surprise, the ball sailing past him into the outfield grass. Peoria shortstop George Nulton backed up the play and threw to third in an attempt to cut off the runner. Unfortunately for Peoria the sphere sailed into the stands, allowing Speer to race home with the go-ahead run. Lyston was able to work his way out of the inning without any further damage.

Nick Reeder started the top of the ninth for Peoria with a triple to right field, his second hit of the afternoon. Reeder had previously played in the majors with Louisville in 1891. After George Flynn struck out, Jim Purvis reached base on an infield hit. Reeder was unable to score on the play. The next batter, Ed Terrien, couldn’t get Reeder home either, grounding out third to first. Johnson then retired Pat Wright on a fly ball to center field to preserve the one-run victory for Lincoln.

Treeplanters pitcher Youngy Johnson tossed a six-hit shutout. He notched a pair of strikeouts while walking two men and hitting two others. Johnson would later pitch in the majors with the Philadelphia Phillies and New York Giants. George Speer collected a pair of hits for the triumphant Lincoln nine.

For Peoria, John Lyston gave up one run on seven hits. He issued one free pass and he struck out a batter. Lyston signed with the National League Cleveland Spiders later in the season. Reeder and Purvis each contributed two hits for the Distillers in the losing effort. Nick Reeder left the Peoria team a short time later due to poor health. He died of inflammation of the brain, soon afterward, on September 26, at the age of 27.

The 1894 campaign was a success for the Western Association as all eight of the clubs sustained themselves financially throughout the season. The Rock Island-Moline Islanders (72-50) captured the pennant in a close race with the Jacksonville Jacks (67-54) and Peoria Distillers (68-55). The Islanders played a two-game series against the Western League champion Sioux City Cornhuskers at the end of the year, coming out on the losing end of both contests. The Western League would continue to operate with a variety of different franchises through the 1899 season. This version of the Western Association ran from 1894 to 1899. Other minor circuits using the same name played intermittently until 1954.

Peoria pitcher John Lyston was the great-grandfather of the author. The author used the 1895 Reach Official Baseball Guide as his source for the final won-lost totals for the 1894 Western Association season.

Keenan, Jimmy. The Lystons: A Story of One Baltimore Family and Our National Pastime (Self- published, 2008).