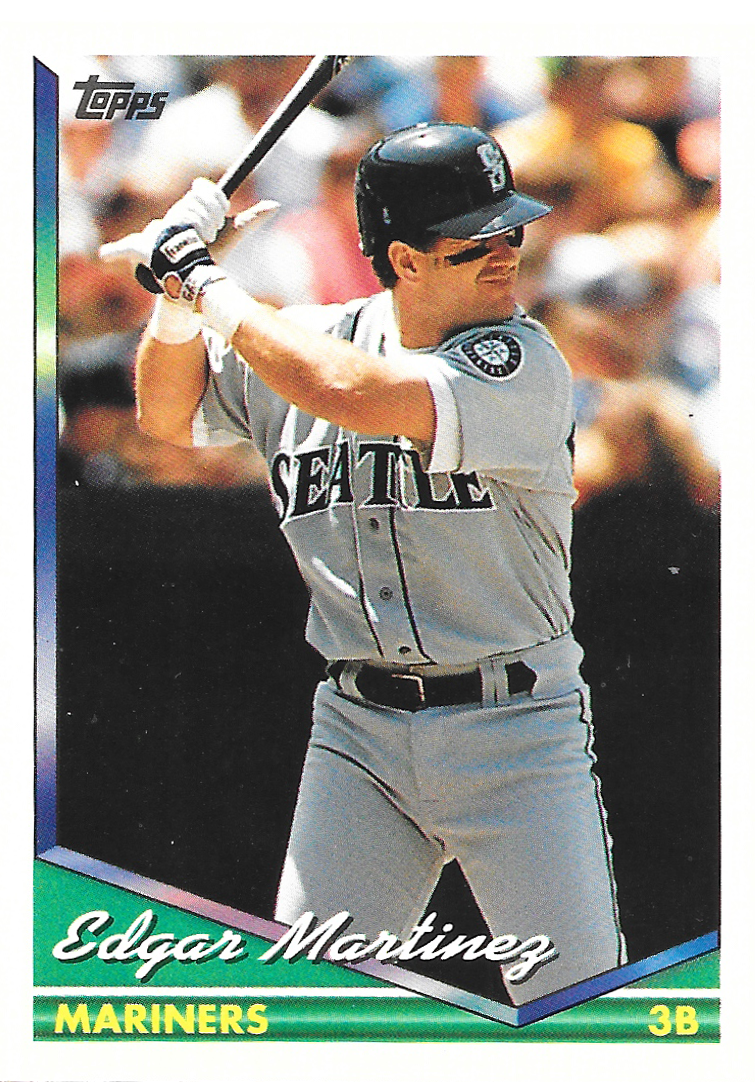 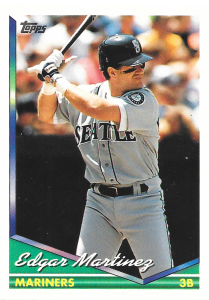 It was hardly a marquee matchup. The Seattle Mariners were seven games below .500, which wasn’t a surprise considering that they had posted a winning record only twice in their 17-year history, and never had they won more than 83 games in a season.

The doom and gloom surrounding the Mariners in those days was caused by more than just a lack of on-field success. The team suffered the indignity of playing in front of sparse crowds at a soulless concrete stadium with a leaky roof. Worse still, the perennial money-losers were regularly under the threat of relocation from their disgruntled owners.1

Their opponents, the Texas Rangers, had also faced plenty of adversity over the years. The Rangers began play in 1961 as the successor to the expansion Washington Senators, and the franchise was still in search of its first postseason appearance. Not once had they finished any closer than five games out of a playoff spot.

Despite their checkered past, the Seattle and Texas organizations appeared to be headed in the right direction. The young Mariners squad featured two of the most dominant players in baseball, Ken Griffey Jr. and fireballer Randy Johnson, along with a crew of productive hitters like Edgar Martínez, Jay Buhner, and Tino Martinez. Lou Piniella was in the second year of what would become a successful decade-long run as the Mariners skipper, and an 18-year-old prized prospect named Álex Rodríguez was on the verge of making his major-league debut. The Rangers had also assembled the building blocks necessary to break their postseason drought. That core included a 22-year-old Iván Rodríguez, 24-year-old Juan González, rookie Rusty Greer, and first baseman Will “The Thrill” Clark.

Texas came into the game with an uninspiring 18-20 record, still good enough for first place in baseball’s weakest division, the American League West. In any other division, the Mariners would have dug themselves into a deep hole with their 16-23 start, but they were fortunate to still be clinging to third place, a mere 2½ games behind the Rangers. The Mariners, losers of six of their last nine contests, had endured their worst three-game stretch in franchise history when they were outscored 41-9 in a trio of one-sided losses between May 10 and 13. Texas, meanwhile, had won five of their last seven games, although they were looking for revenge after blowing a 4-0 lead the previous evening in a 5-4 walk-off loss to the Mariners in the series opener.

Johnson got the start for the Mariners. The 6-foot-10 southpaw was coming off a breakout season in which he finished second in the American League Cy Young Award voting after racking up 308 strikeouts, the most in the majors since J.R. Richard struck out 313 batters in 1979. Johnson was still looking to get his 1994 season on track; three consecutive rocky starts had bumped his ERA to a bloated 6.04. Texas right-hander Roger Pavlik took to the hill for his second start of the year after spending significant time on the disabled list with a partly torn rotator cuff.2 His return was expected to shore up a weak Texas starting rotation, though his rough first outing had provided little help five days earlier.3

Pavlik immediately ran into trouble in the bottom of the first inning, as a red-hot Griffey slammed his major-league-leading 18th home run of the season, a two-run blast. The homer was the 150th of his career, making him, at 24 years and 5 months old, the third youngest player to reach that plateau, trailing only Mel Ott and Eddie Mathews.4 Three batters later, Edgar Martínez knocked in Buhner with an RBI single. Tino Martinez then extended Seattle’s early lead to 5-0 with a two-run homer of his own.

The bottom of the second inning was no better for Pavlik. With the bases loaded and one out, Buhner hit a sacrifice fly to left field to plate Félix Fermín. Reggie Jefferson followed with a three-run homer to give the Mariners a commanding 9-0 lead. After Edgar Martínez lined a double down the left-field line for his second hit in as many innings, Texas manager Kevin Kennedy lifted his starter for Héctor Fajardo. The shell-shocked Pavlik was charged with nine earned runs in just 1⅔ innings of work, ballooning his ERA to 20.25.

Fajardo was able to retire the first four batters he faced before the Mariners resumed the onslaught by stringing together six consecutive hits to start the bottom of the fourth inning. After an RBI single by Buhner, Edgar Martínez drove in two more with a bases-clearing double down the right-field line. Tino Martinez then doubled in another pair of runs to put Seattle up 14-0.

The Rangers finally got to Johnson in the top of the fifth inning on a solo home run by Chris James. In the top of the sixth inning, José Canseco doubled and then inexplicably stole third base with the Rangers down by 13 runs. That questionable move was rewarded three pitches later when he came around to score on an infield single by Greer to reduce the deficit to 14-2.

Seattle capped its drubbing of Texas by posting its third five-run inning of the night in the bottom of the seventh frame. Backup infielder Torey Lovullo opened the inning with a solo shot off Jay Howell for his first round-tripper of the year. Buhner brought another run home with a groundball single into left field for his fourth hit of the night. After an RBI groundout by Mike Blowers, Edgar Martínez hit a two-run homer to left field that chased Howell, giving the Mariners third baseman four hits and five runs batted in. Rangers left-hander Darren Oliver was finally able to stop the bleeding by pitching 1⅓ scoreless innings, and the final score stood at 19-2.5

The Mariners set team records in the game for most runs, RBIs (19), and total bases (42), along with the largest winning margin (17). While three of those marks were surpassed within a few years, as of 2018, the 17-run margin still held as the most lopsided victory in franchise history. The 19 runs given up by the Rangers tied the franchise record for the most runs allowed in a game, which was originally set on May 20, 1989, against the Minnesota Twins and then matched on September 29, 1991, versus the Oakland Athletics.6

After the game, the Texas manager admitted that Pavlik was in far from midseason form. “It will take three to five starts to get him back,” Kennedy said. “He’s been out for two months. Even though he’s had rehabilitation. … He made mistakes.”7 Pitching coach Claude Osteen was considering another rehab assignment for the struggling hurler unless he turned things around soon. “I need outs, that’s what I need,” said Pavlik.8

The Mariners went on to sweep the four-game series against the Rangers by a cumulative score of 45-10, turning a 3½-game deficit into a slim half-game lead in the AL West. The shellacking inflated the Texas pitching staff’s ERA from 5.65 to 6.12. “Generally, when you run into a team that’s playing fairly well, there’s two or three guys in the line you have to watch out for,” remarked Will Clark after the series finale. “But in this case, everybody got hot at once. They just threw four days of offense at us.”9

Aside from Álex Rodríguez’s promotion to the big leagues on July 8, the 19-run outburst against the Rangers was one of the few highlights of the 1994 season for Seattle. A few hours before their July 19 home game against the Baltimore Orioles, four 26-pound ceiling tiles fell from the roof of the Kingdome into the stands, forcing the team to play the remainder of the season on the road while all 40,000 tiles were replaced.10 When the players strike shut baseball down on August 12, the Mariners had already traveled 10,425 miles and played 20 road games in 21 days.11

Against all odds, the travel-weary Mariners went 9-1 in August and pulled to within two games of the first-place Rangers when the strike hit. The work stoppage eventually wiped out the rest of the regular season and the playoffs, denying both teams a chance for their first postseason action.12 Better days were on the horizon, however. Texas won three American League West titles between 1996 and 1999, although they lost the Division Series to the New York Yankees on each occasion. The Mariners’ magical 1995 season culminated with the team’s first division title and a thrilling come-from-behind ALDS victory over the Yankees. Those events helped rally public support for the construction of a new ballpark, thereby ensuring that major-league baseball remained in Seattle for many years to come.

5 In a strange twist, the Mariners scored 19 runs against the Rangers just over two years later at the Kingdome in a game started by none other than Roger Pavlik.

12 The strike also prevented Matt Williams and Ken Griffey Jr. from making a run at Roger Maris’s single-season home-run record (61). Williams was on pace to slug 61 round-trippers when play was halted, while Griffey was hitting at a 58-home-run clip.