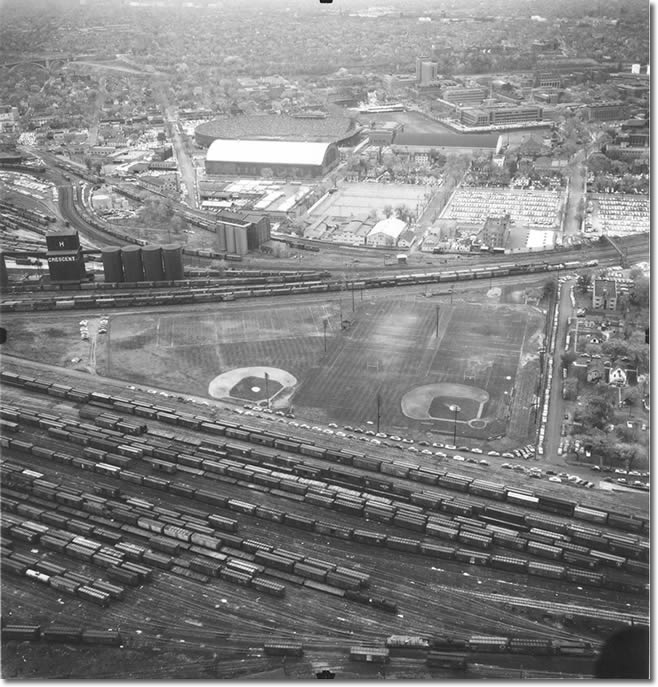 Superstitious? Not me. Although there was a time in my life when I thought I could alter fate merely by avoiding black cats, knocking on wood, or even by talking to baseball bats. The latter practice occurred in the spring of 1968, when I was 12 years old and batboy for the Minnesota Gophers baseball team.

Saturday, May 25 — the final day of the Big Ten baseball season. The Gophers were about to face the Michigan State Spartans in a pair of seven-inning games to determine the conference champion. Entering the doubleheader, the Gophers were in second place, one-half game behind the Spartans. To wrestle the crown from State, the Gophers would have to sweep.

These were the days of no second chances, no conference tournaments, no at-large bids to advance on the route to the College World Series. Only one team would have championship hopes; the other would be done.

Tiny Bierman Field1 was packed, fans huddled together to combat the blustery weather. One could feel the tension upon entering, and the atmosphere in the Gophers’ dugout was different. Only Dick Siebert– the Chief – in his 22nd year as head coach after a major-league career, seemed unaffected. He sat in his usual corner of the dugout, scorebook in lap, saying very little – but, then, he was always like that before and during a game. For the players, though, the somber mood was opposite of the usual horsing around that took place prior to a game.

Michigan State had saved its top southpaw, Mel Behney, for the Gophers, and the Spartan hitters staked him to an early lead. Three walks and two singles off Gophers ace Dave Carey in the top of the second put Michigan State ahead 2-0.

Minnesota came back with a pair of runs in its half the inning, thanks in part to a fit of wildness by Behney, who surrendered three of the nine walks he would allow in the game.

Goose eggs then prevailed, and at the end of the regulation seven innings, the score remained tied, 2-2.

As the Gophers took the field in the top of the eighth, one of the players in the dugout, D.J. Morehead, asked me to give the bats some magic words when the team came back up to hit. Asked to elaborate on exactly what he wanted, D.J. replied, “Bats, you can hit this guy and you can do it now.”

Being a loyal part of the team, I was happy to oblige. But when I stepped out of the dugout for the bottom of the eighth, I discovered a snag. The Gophers’ bat rack, unlike that of the visitors, was outside the dugout. With Bierman Field jammed beyond capacity, fans were crowded right up against the backstop, on which the bat rack was attached – not an ideal setting for an oratorical performance. I attended junior high only a few blocks away, and some of my friends were in that crowd. I had a reputation to maintain, and in the eighth grade it was not considered cool to be seen talking to a pile of hickory. But in the eighth inning of a tie game, I was aware of the importance of delivering those magic words. If I didn’t, and the Gophers lost, I would hold myself personally responsible.

I finally solved the dilemma by moving down to the end of the bat rack and muttering out of the side of my mouth (the way I had seen gangsters talk in a Jimmy Cagney film), “Bats, you can hit this guy and you can do it now.” Moving over a foot, I repeated the words. I made five stops down that bat rack, making sure each bat heard and understood my instructions. I picked up the bat for the leadoff hitter and whispered into its knob.

The Gophers rallied. Three walks filled the sacks with one out, bringing up Bill Kendall.2 Kendall was hitless in four at-bats and had struck out three times. But this time Bill and his bat, with a fresh injection of advice from me, picked on a fastball and drilled it through the hole into left, bringing home Greg Wasick with the winning run.

As the Gophers charged out of the dugout to congratulate Kendall, D.J. Morehead slapped me on the back and hollered, “Way to go. Your magic words did it.” As I grew older and presumably more mature, I came to realize that my magic words had very little to do with the victorious rally. At that time, however, no one could have convinced me that I was not responsible for the win that vaulted the Gophers back into first place.

To capture the championship, however, the Gophers had to take the second game, as well; otherwise, Michigan State would sneak back into the top spot as the season ended.The Spartans again scored first in the second game, but the Gophers countered with runs in the fourth and fifth and held a 2-1 lead after five.

Sitting in the dugout in the top of the sixth, I recalled a similar situation Minnesota had faced one year before. Needing a doubleheader sweep against Ohio State on the final weekend of the season, the Gophers took the opener and carried a one-run lead into the sixth inning of the nightcap, only to have the Buckeyes explode for eight runs to win the game and the title.

As I wondered if history would repeat itself, I turned to the student manager, Lightnin’ Gary James, and said (innocently enough, I thought), “I remember what Ohio State did at this time last year.” Gary apparently remembered, too, because he suddenly looked as if he had been struck by his nickname. “Stew,” he blurted, “you can’t say that in the dugout. You’ll jinx the team.”

I have rarely, if ever, squirmed as I did that inning, convinced that all the good my magic words had done in the first game was about to be wiped out by my big mouth in the second. Ironically, eight runs were scored that inning; fortunately, all eight were scored by the Gophers, giving them a comfortable cushion, only three outs from the Big Ten championship.

Those three outs did not come easily, though. Michigan State rallied, knocking starter Al Hoffman from the box. Bob Fisher relieved but could not stop the Spartan stampede. The call went to the bullpen for Jack Palmer, who had pitched the final two innings of the first game and picked up the win. Palmer fanned the first man he faced, but an error and a walk followed, loading the bases with one out. Even though the Gophers still had a six-run lead, the tension had returned to the Minnesota dugout as into the batter’s box stepped Steve Garvey– the same Steve Garvey who would win the National League Most Valuable Player award in 1974. But this was still 1968, and all Garvey could manage was a hard two-hopper to Kendall at third. Bill scooped up the ball, stepped on the bag, and fired to Mike Walseth at first. The victorious Gophers piled on to one another at the pitcher’s mound, celebrating a conference title and a berth in the District 4 playoffs (now called an NCAA Regional).

Some of the participants of that day in May are no longer around. Bob Fisher and D.J. Morehead were among the first to die, and the Chief passed on in 1978. The Gophers abandoned Bierman Field for a steel and concrete structure a block away. The diamond of the old field remained for use by intramural teams for years. The maroon backstop survived the longest, with numerous gaps in its chicken wire, some of them nearly large enough to drive a bullpen car through. Along the way, the dugouts were torn out, and even the rickety, manually-operated scoreboard down the left-field line was been ripped down. As for the bat rack, it stayed for awhile, but eventually it disappeared, too – the last vestige of the day I helped the Gophers win the Big Ten title.

2 One of my favorite memories of Bill Kendall was from a different day when he once trotted to first, thinking he had walked and discovering it had only been ball three. I picked up his bat and waited for him to return to the plate. He didn’t seem chagrined by his mistake. Instead, he said, “I was counting the one you missed, ump.”