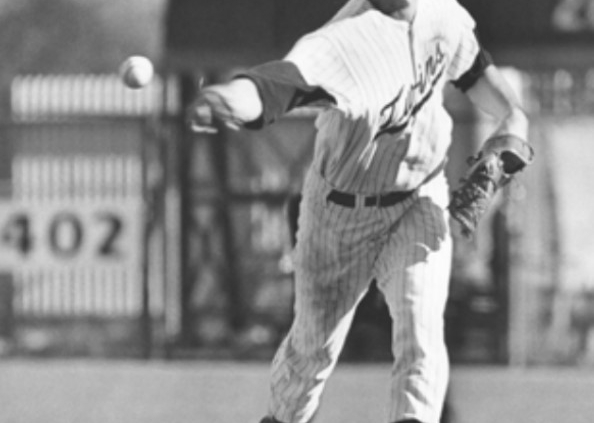 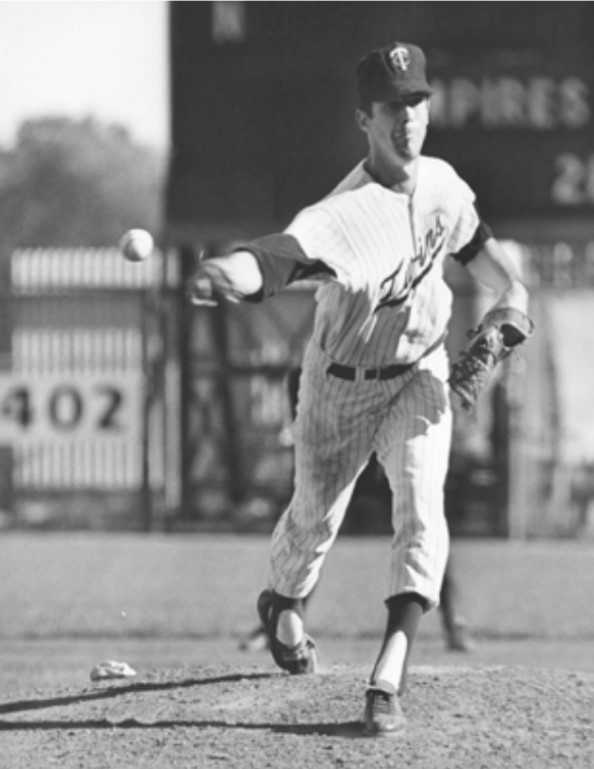 In early-season coverage of their third year in Minnesota, local newspapers often highlighted Twins or Met Stadium happenings that reminded readers how young the new franchise still was. Case in point: a late May Sunday-afternoon game against the Chicago White Sox that saw the Twins win their seventh in a row, the team’s longest winning streak since they moved to the North Star state.1 It featured a pair of pitchers new to Minnesota aided by three home runs from a group one newspaper writer called “Mele’s Marauders,”2 an ode to Twins manager Sam Mele, bringing the Twins a 5-2 victory on May 26, 1963.

In 1963 the Twins played in the 10-team American League and, after a slow start to the season, they entered the late May series with the White Sox having won six of nine games on their last road trip. Their record prior to the May 26 game stood at 19-21, while the White Sox were at 24-17. Both the White Sox and Twins would finish the season behind the American League champion New York Yankees, with Chicago ending up in second place at 94-68 (10½ games back) and Minnesota finishing third at 91-70 (13 games back).

The Twins were looking to sweep the White Sox in the third game of the weekend series on a cloudy spring day with the temperature in the low 60s.3 (Sunday, May 26, was not the day before Memorial Day; the holiday was then celebrated on May 30 before being moved to the last Monday of May by the Uniform Monday Holiday Act of 1968.) Right-hander Jim Perry, acquired earlier in May from the Cleveland Indians for left-hander Jack Kralick, was making his second home start for the Twins. After the early-season trade for Perry, the Minneapolis Tribune reported on Mele’s satisfaction with the deal: “Mele immediately placed Perry in his regular starting rotation with right handed Camilo Pascual and left handed Jim Kaat and Dick Stigman. ‘It balances our staff,’ said Mele, ‘particularly in our park, and against right-handed power clubs like Boston at Fenway Park.’”4 Perry was opposed by right-hander John Buzhardt, who had shut out Minnesota in April at White Sox Park for his first win of the season.

The game started inauspiciously for the Twins when, with two out in the top of the first, White Sox third baseman Pete Ward, right fielder Floyd Robinson and first baseman Joe Cunningham hit back-to-back-to back singles, putting Chicago ahead 1-0. Despite this early lead, the White Sox had only one extra base hit in the game (a fifth-inning double by second baseman Nellie Fox, scoring center fielder Jim Landis for their second and last run) and went 1-for-7 with runners in scoring position.

The Twins tied the score in the bottom of the second on a solo home run by shortstop Zoilo Versalles. Minnesota led the American League with 225 home runs in 1963, including right-handed slugger Harmon Killebrew’s team-leading 45. In his column “The Sporting Thing,” St. Paul Dispatch writer George Edmond commented, “The Twins are blessed with long-ball hitters, which should make them ideally suited for their home park, where the home runs come somewhat more easily than in most of the parks they play on the road.”5

After giving up only one run through five innings, Buzhardt ran into trouble in the bottom of the sixth when Twins first baseman Vic Power hit a one-out double to right field. The next batter, Killebrew, gave the Twins a lead they would not relinquish, hitting a two-run homer into the left-center-field bleachers to put Minnesota up 3-2. “That’s the thing about Killebrew that kills you,” claimed Joe Cunningham, the White Sox first baseman. “He’s so strong he can hit any pitch out of any park.”6 “It wasn’t a bad pitch,” said Killebrew. “A slider low and away. I had to go out after it.”7

In the pre-designated-hitter era, with the pitcher due to lead off the seventh inning, White Sox manager Al Lopez sent up pinch-hitter Charlie Maxwell. That move was unsuccessful as Perry pitched a scoreless top of the seventh and, when Minnesota added a run in the bottom of the seventh off White Sox knuckleballer Hoyt Wilhelm, the Twins pitcher started the top of the eighth with a two-run lead. Perry struggled, giving up singles to Robinson and Cunningham, and the Twins manager brought in reliever Bill Dailey. After beginning with a 3-and-0 count on the first batter he faced, left fielder Dave Nicholson, the side-arming right-hander recovered to strike out Nicholson looking and got the next batter, shortstop Ron Hansen, to ground into an inning-ending double play.

The White Sox skipper was impressed by the work of Dailey, according to Glenn Redmann of the St. Paul Dispatch: “’I never saw the guy as fast as he was today,’ said Chicago manager Al Lopez. ‘If he continues to throw like that, you guys have got yourselves one heckuva relief pitcher.’”8 After Twins catcher Earl Battey hit a solo home run in the bottom of the eighth, Dailey retired the White Sox in order in the top of the ninth. The Twins reliever, also acquired earlier in the season from Cleveland, helped Perry win his third game of the season.

“He saved it for me,” Perry said of Dailey after the game.9 Saves were not an official statistic at the time, although they were reported unofficially in The Sporting News. In the early 1960s, the formula for the new stat called for a relief pitcher to be awarded a save if he faced the potential tying or winning run or if he came into the final inning and pitched perfectly with a two-run lead. Under this definition, Dailey was awarded 13 saves in 1963 (including this game) but was retroactively credited with 21 under less stringent rules after the save became an official statistic in 1969. Dailey ended the year with a 1.99 earned-run average and 72 strikeouts in 108⅔ innings – such a solid season in relief that Met Stadium organist Willie Peterson bestowed upon him his own entrance song, “Won’t You Come Home, Bill Dailey?” to the tune of the song “Won’t You Come Home, Bill Bailey?”

The game was not without controversy as reported by Richard Dozer in his game story for the Chicago Tribune:  “Although no errors were charged in today’s misadventure, there were a pair of costly misjudged fly balls by Sox outfielders, who joined the growing list of defensemen around the league who are unhappy about the poor background in Metropolitan Stadium. They claim the low seating arrangement and white-shirted spectators make it difficult to follow the ball.”10

This had been a point of contention since the Twins’ inaugural season, with the White Sox commenting on it in 1961 as well when left fielder Minnie Miñoso misplayed Twins second baseman Billy Gardner’s ball to left field that went for a game-winning double in May. Miñoso “said he lost the ball in the shadows and background and didn’t see it again until it was on top of him. ‘I want to play safe but I could not see the ball after it go over the shortstop’s head,’ Minnie complained. ‘It is very bad.’”11 Even the home team had the same issue, with Harmon Killebrew saying later in 1963 that “the lights and shadows from the (Metropolitan) Stadium background during a day game make it hard to pick up the flight of a ball. And it isn’t much easier at night.”12