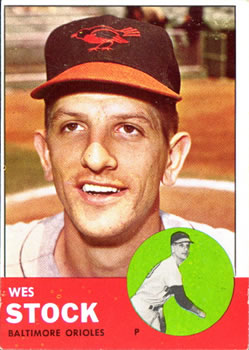 Chris Jaffe’s excellent doubleheader study provides some insight into why this has occurred,3 but suffice it to say that there are far fewer doubleheaders now than there were 50 years ago.

Doubleheaders, while fun for fans, place an additional burden on players, and cause managers to fiddle with their lineups in unusual ways. One way this was done “back in the day” was to start the same pitcher in both games. While this was a practice that was somewhat necessitated by the smaller team rosters of the early years of professional baseball, there was also a toughness factor that entered into the equation – pitchers were there to pitch, and there was always someone there to take the pitcher’s job if he was not able to pitch. So to keep their spot, pitchers pitched, arm problems or not.

Given the circumstances, the list of pitchers who were able to complete and win both ends of a doubleheader is perhaps shorter than we might think. It has occurred 35 times in the National League and 10 times in the American League, with Dutch Levsen of the Indians in 1926 being the last to accomplish this difficult feat.4 There are, of course, more instances of pitchers who have started both games of a doubleheader (103 times; the last instance by Wilbur Wood of the White Sox in 1973).5

There have also been instances in which a pitcher has won both ends of a doubleheader by winning one or both games in relief. This is more difficult to ascertain, but is also likely a comparatively low number of occurrences. One of these relatively rare occurrences was Baltimore Orioles pitcher Wes Stock’s doubleheader victory over the Cleveland Indians on Sunday, May 26, 1963.

At the beginning of play on that Sunday, the Orioles were in first place in the American League, sporting a 27-15 record under manager Billy Hitchcock. The Indians were mired in seventh place with a record of 16-19. The Orioles were on a six-game win streak, while the Indians had lost three in a row.

In the first game, the Orioles scored a run in the second and two runs in the fourth, while the Indians scored once in the first and five in the fourth inning off starter Steve Barber. With the score 6-3 Indians, Stock entered the game in the bottom of the fifth. In his two perfect innings of relief, he struck out two (third baseman Max Alvis and pitcher Dick Donovan in the fifth), and got two fly-ball outs and two groundouts.

Meanwhile, the Orioles’ hitters went to work. In the sixth, Jim Gentile hit a home run to close the gap to 6-4, and in the seventh, while Stock was still the pitcher of record, Jerry Adair hit a sacrifice fly to score one, while Gentile’s single plated two more. Now the Orioles had a 7-6 lead and following Stu Miller’s three-inning scoreless relief stint, won the game, 10-6, with Luis Aparicio and Boog Powell later producing run-scoring hits. Stock was the winning pitcher on the strength of his two perfect innings and timely Orioles hitting.

In the second game, the Indians’ Mudcat Grant gave up a run in the first. The Indians tied the score against starter Chuck Estrada in the fifth, and when Stock entered the game in the bottom of the seventh it was still knotted, 1-1.

After walking Dick Howser to begin the seventh, Stock induced the next three batters to hit into a fly ball out, a force out, and a groundout. Then in the top of the eighth, the Orioles’ bats again came alive on Stock’s behalf. Powell hit a run-scoring single, and Jackie Brandt hit a two-run triple.

In the home half of the eighth, Stock yielded a one-out Max Alvis double, but the Indians were not able to capitalize.

The Orioles closed out their scoring in the ninth with run-scoring singles by Gentile and Brooks Robinson. A groundout and two fly-ball outs later, Stock had set the Indians down in order in the bottom of the ninth and earned his second victory of the day.

In the twin bill Stock had faced 17 hitters over five innings, giving up one hit and one walk, and striking out three. The two victories were his fourth and fifth, on the way to a perfect 7-0 record for the season.6

The next season, 1964, Stock was sent to Kansas City on June 15 for catcher Charlie Lau. He went on to have his best season, winning eight games, striking out 115 batters in 113 2/3 innings, earning a WAR (wins above replacement) for pitchers of 4.2 (4.1 of this was with Kansas City; the other 0.1 with Baltimore. This was good enough for eighth in the league, and second behind only the Boston Red Sox’ Dick Radatz among relief pitchers).7 He even got his first major-league hit, a single to center field off Steve Ridzik of the Washington Senators in a game on June 19. This single knocked in the eventual winning run of that game.

After his playing career ended in 1967, Stock went on to become a respected pitching coach for nearly three decades before retiring in 1994. Among his accomplishments as a pitching coach was his work with the Oakland Athletics and their three-time World Series winners (1972-1974), and his work as the first pitching coach for the Seattle Mariners (1977-1981).8

Stock’s feat of winning two games in one day is still (as of 2015) the only time an Orioles pitcher has been able to do this in the history of the franchise. As such, it remains an accomplishment of some note. Not many major league pitchers can make this claim. Not bad for a country boy from a very small town in western Washington who was not even the best pitcher on his high school team.9

Dan Raley, who wrote the Seattle Post-Intelligencer article about Wes Stock that is referenced here, was a college classmate of mine.

Wes Stock was a high-school friend of my parents, and as a boy I delivered the Bremerton Sun to his parents. In our two-room elementary school, we played baseball every chance we could. Some of us dreamed of being big leaguers, just like Wes Stock.

5 J.G. Preston, “A Thorough Account of Pitchers Who Have Started Both Games of a Doubleheader in the Major Leagues,” The J. G. Preston Experience. September 12, 2009.