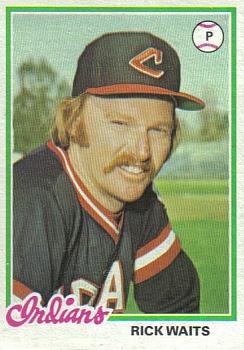 Seemingly, the Boston Red Sox were on their way. At the All-Star break in 1978, the Red Sox enjoyed a healthy nine-game lead over second-place Milwaukee. Behind the Brewers were the New York Yankees (11½ games back) in third and Baltimore (13 games back) in fourth place.

But by the time the curtain came down on the month of August, the Yankees had closed the gap, moving past the Brewers and into second place. Their deficit was now 6½ games with a month left on the schedule.

The clubs had seven games to play against each other in September, and it appeared as if the Red Sox were still in control. They held a 6-3 advantage in head-to-head games thus far. After Labor Day, they hosted their archrivals in a four-game series at Fenway Park.

But the unthinkable happened, and the Yankees swept Boston. The standings now showed Boston and New York tied for first place with 86-56 records. They met again a few days later at Yankee Stadium for three games. New York won two of three and now led the Bosox by 2½ games.

As the two clubs headed to the final weekend, Boston trailed by one game. The Red Sox were on a five-game win streak, and had won 9 of 11 to stay within striking distance. The Yankees were riding a four-game streak. Each club was at home for a three-game series against the two bottom teams in the American League East Division. Boston was hosting last-place Toronto, and New York was hosting sixth-place Cleveland.

Both teams won their opening game. Bob Stanley won his 15th, combining with Dick Drago on a three-hit shutout over the Jays, 11-0. In the Bronx, the Yankees scored three runs in the bottom of the eighth inning to top the Indians, 3-1.

The next day, Dennis Eckersley and Ed Figueroa each won victory number 20 in leading their teams to wins. For Eckersley, it was the only time in his career he reached that total. Figueroa became the first (and as of 2017) the only pitcher from his native Puerto Rico to win 20 games in a season.

The final day of the season, Sunday, October 1, dawned. All eyes at Fenway Park would be on the scoreboard, as the Yankees and Indians would get it on for the last time in the season. The Yankees led the season series, 9-5. The 39,189 patrons in attendance were looking for more of the same. And from the looks of the pitching matchup, their reasoning could not be faulted.

Manager Bob Lemon was sending Catfish Hunter to the hill, looking to sweep the Indians and head to the postseason. Hunter was 12-5 with a 3.25 ERA and had won three games in a row.

Cleveland countered with southpaw Rick Waits. The “Waiter” was 12-15 with a 3.25 ERA. Waits was pitching very well of late, winning five games in a row from August 20 to September 11. Waits pitched against the Yankees on September 22 at Cleveland Stadium. He received a no-decision, as he gave up four earned runs in 5⅓ innings, an 8-7 Indians win.

Cleveland and New York each scored two runs in the first inning. The Indians’ came courtesy of an Andre Thornton two-run homer, his 33rd round-tripper of the year.

The Yankees struck right back when with one out, Thurman Munson singled to left field. Lou Piniella doubled to right field to put runners at second and third base with one out. Reggie Jackson grounded out to shortstop to plate Munson. Graig Nettles followed with a single to center field to score Piniella and knot the score at 2-2.

The tie was short-lived as Cleveland catcher Gary Alexander smacked his 27th home run of the season to lead off the second inning for a 3-2 Cleveland lead. But the visitors were not done. Dan Briggs walked but was erased on a groundball hit by Duane Kuiper for the first out. Kuiper moved up to second base when Hunter uncorked a wild pitch. He moved to third base on a groundout by Tom Veryzer and scored on a single by Rick Manning. Dick Tidrow relieved Hunter, and Jim Norris greeted him with a double to left field and Manning took third base. Buddy Bell knocked in both runners with a single to make the score 6-2, Cleveland.

Manning doubled in Veryzer (who had singled) in the top of the fourth inning, and Cleveland padded its lead to 7-2. Waits settled in, and kept the Yankees off the scoreboard. The lefty pitcher retired the Bombers in order in the fifth, sixth, and seven innings. He surrendered a leadoff walk to Fred Stanley in the bottom of the eighth, and then retired the Yankees in order.

Cleveland tacked on two more runs in the top of the ninth, making the final score 9-2. Waits went the distance for his 13th win, as he walked three and struck out three. Hunter took the loss, ending the season with a 12-6 record.

“We weren’t flat today,” said Lemon. “Waits just made us look that way. He has pitched some great ball this year. When you’ve got an arm like his, you’re capable of beating anyone.”2

Meanwhile in Boston, Luis Tiant was pitching the Red Sox to a 5-0 win over Toronto. Rice slammed his 46th home run of the season. The scoreboard flashed the score from the Bronx to the crowd at Fenway: “CLV 9 NY 2 Thank you Rick Waits,” much to the delight of the Red Sox fans.

The next day, New York met Boston in only the second tiebreaker game in American League history. Like this one, the first one was played at Fenway Park, on October 4, 1948, when Cleveland defeated Boston, 8-3, to win the pennant.

The 1978 game added another chapter to the Yankee-Red Sox rivalry. Bucky Dent’s three-run home run in the top of the seventh inning led the Yankees to a 5-4 win and the AL East crown. They would go on to beat the Kansas City in the ALCS and the Los Angeles Dodgers in the World Series.

The author accessed Baseball-Reference.com for box scores/play-by-play information (baseball-reference.com/boxes/NYA/NYA197810010.shtml) and other data, as well as Retrosheet (retrosheet.org/boxesetc/1978/B10010NYA1978.htm).