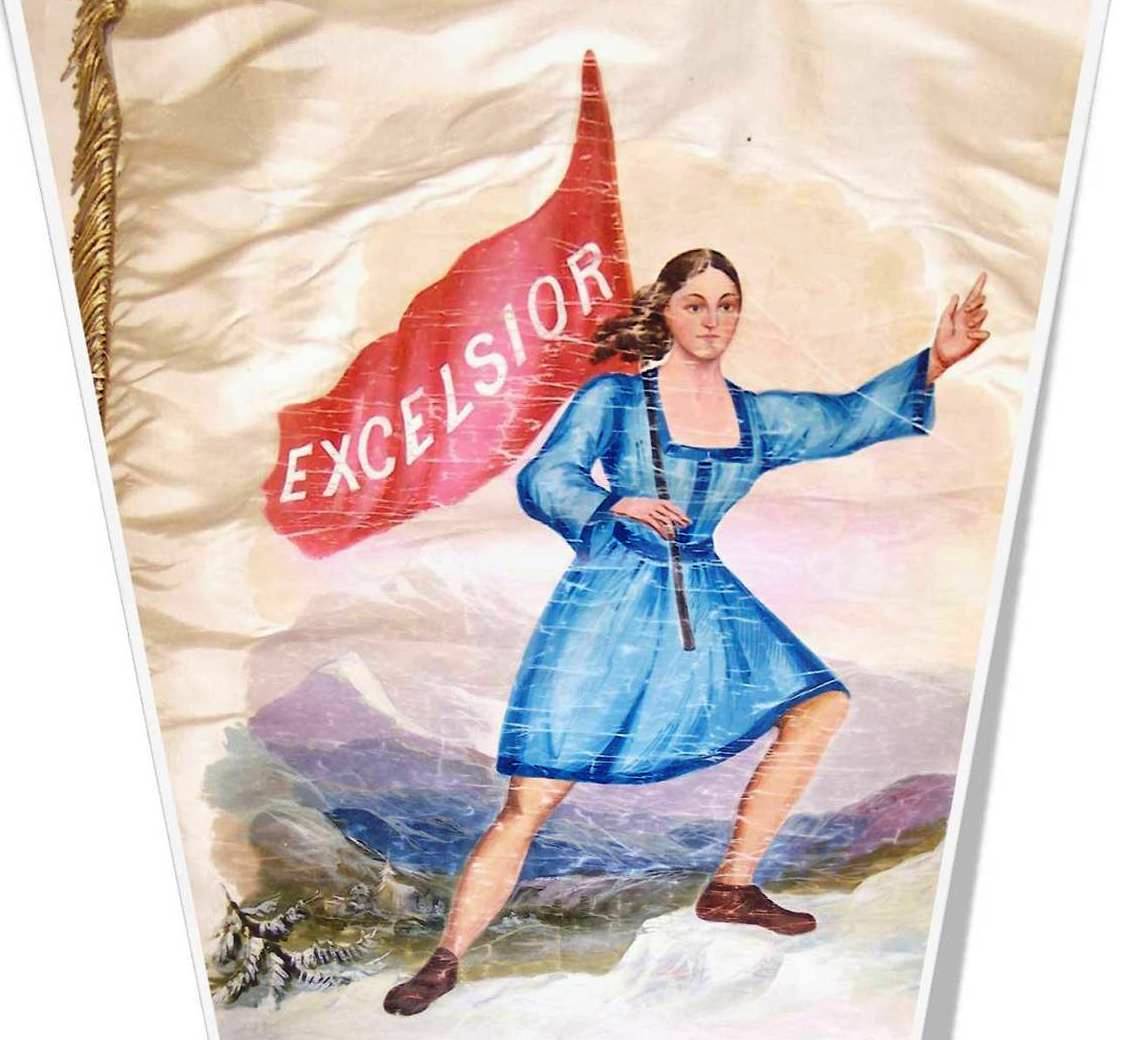 HURRAH FOR THE EXCELSIORS!
Come my lads and listen
To what I now relate,
How Upton was defeated
By the Champions of the State.
Give ear unto my ditty,
It will contain no lie,
How Medway boys got leave
To sing, Root, Hog, or Die.

The base ball game played at Worcester on October 11 and 12, 1859 was a rematch, but it was more of a grudge match. The game played the previous July at Ashland with the Medway Unions ended badly, the score 100 to 78, and unfairly according to the Upton Excelsiors. Allegations that gamblers tampered with one or two of the Upton players who were allegedly offered $500 to manage an Excelsior loss — a charge denied — left the “Championship of the State” unresolved in the minds of the Excelsiors and their loyal fans. In order to set things right, repair Upton’s reputation, or deny the Medway club any more glory, the Mechanics’ club of Worcester offered a $500 prize for the match game to settle the championship.

The Upton Excelsiors Base Ball Club, as was the Medway Union Club, was made up of farmers, storekeepers and clerks who gathered after work afternoons and Saturdays to practice the game once known as round ball and subsequently the Massachusetts game of base ball as codified at the Dedham Convention of 1858. Fourteen players comprised a team, the four bases were arranged in a square and they were marked by four large sticks driven into the ground.

The Upton players were renowned for their skill at catching a base by their hands, swinging around them with force enough to throw themselves completely through the air, and leaping flamboyantly forward to the next base. From the beginning, the Upton club enjoyed a reputation as one of the most prominent ball clubs in Massachusetts.

“Tip” Norcross, as Upton town history records, was the first ball player to introduce the art of sliding to bases in a ball game, and it came about this way: In round ball, as with the Massachusetts game of base ball, “spotting” was allowed and a runner between the bases could be “touched out” with the ball. Norcross started the art of sliding to a base when he saw an opposing player starting to “spot” him and was able to deftly avoid the throw.

Publicity for the game reached all the way from Boston to Springfield, and even caught the attention of the New York Herald, which would later report that the game was “witnessed on both days by a large and enthusiastic crowd, among whom were many ladies.” A parade that included the two clubs, the Grafton and Worcester clubs, along with a huge procession of fans headed up by Fiske’s Cornet Band arrived at the Worcester Agricultural Grounds, where a crowd estimated at more than 6,000 spectators bought tickets, while another thousand avoided the admission fee and tried to catch a glimpse of the game from outside the gates.

CHORUS – Hurrah for the Excelsiors!
Their science and their skill!
In Ashland, where the game was played,
The Unions got their fill.
They can’t compete with Upton,
Our boys do her defy.
Big Pig, Little Pig,
Root, Hog, or Die.

Every mode of transportation was commandeered to bring people to Worcester, and many walked the 15 miles. Loyalties were evenly divided as all the towns north of Upton, including Worcester and the Brookfields, were solidly for the Excelsiors while towns south of Upton, including Milford, Holliston and Franklin, were solidly with the Medway club. The Upton team arrived in Worcester a day before the game and was kept closely guarded in its hotel. One star player almost didn’t get to Worcester in time. He had hay to get in on his farm. When word got out he was not with the club, a man was sent to the farm to get the job done for him.

The game was for 100 tallies, with play commencing at 10 o’clock on the morning of October 11. Upton won the first innings and went out after making one tally. Medway jumped ahead with 4 tallies. At 12:30, the game stopped while the players had lunch delivered to the grounds from the Bay State House. At the end of the day’s play at 5 o’clock, the score was Upton 67, Medway 33.

The game resumed the next day with the Unions making things lively by scoring 10 tallies in one hour’s time to Upton’s 4. Eight innings were played before either team scored again, and the score was Upton 71, Medway 43. After an hour, Upton surged ahead, adding 11 more tallies while Medway was held to only 3 more. At 2 o’clock, with the score standing at 84 to 55, the players stopped for lunch.

The Excelsiors appeared to have benefitted more from the break, for they scored 16 tallies in less than an hour. The final 100 to 56 score rewarded them with the $500 prize, the championship of Massachusetts and the victory banner that is still to this day in possession of the Town of Upton. The prize money, the Worcester Spy reported, was by previous arrangement divided between the two clubs, the Excelsiors getting $300, and the Unions receiving $200. The Excelsiors also claimed the Championship of the United States, as a “Western club” later refused to play them for a $500 prize.

The Massachusetts Spy heaped praise on the Excelsiors. The game had “fully justified the opinion held by many who all along considered the Excelsior Club to be superior in science and skill.” It noted rumors that one of their players had been offered $500 to throw the game, but said the offer was “rejected with scorn.” And furthermore, “Upton’s command of the ball was wonderful. There was something magical in the certainty with which the ball was present at any point where it was wanted. And the Excelsiors are scarcely less admirable as batsmen. Their pre-eminence is fully established; and, henceforth, no one is likely to dispute it with success.”

Against the odds, in crowd and judge,
Did Upton fight that day,
They won respect from every one
Who came to see them play.
“Excelsior,” their motto,
Perfection is their aim,
They’re bound to fight another day,
And if they’re whipped, Die, Game.