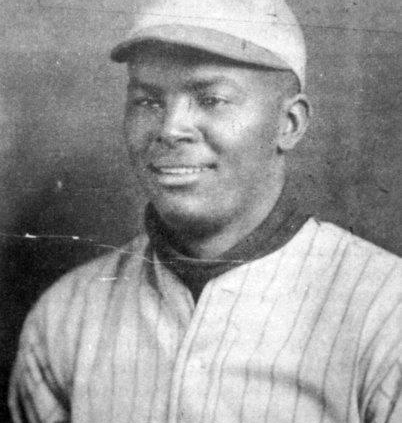 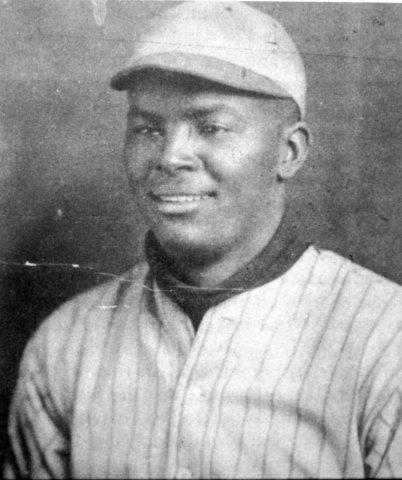 Future Hall of Famer Lefty Grove was coming off a 1928 season with Connie Mack’s Philadelphia Athletics in which he was 24-8, leading the American League in victories. He had a 2.58 earned-run average and struck out a league-leading 183 batters. His 2.86 strikeouts-to-walks ratio led the major leagues. He was the starting pitcher for a team billed as Major League All-Stars, who played another in a series of three October games against the Baltimore Black Sox of the Eastern Colored League.

The Athletics had won 98 games that year, finishing just 2½ games behind the New York Yankees.

Other major leaguers of note in the game were Athletics teammate Max Bishop at second base, the Detroit Tigers’ Johnny Neun at first base, and rookie catcher Spud Davis of the Phillies, in the first year of a 14-year career. The rest of the “All Stars” were, John Holway writes. “fleshed out with Triple-A Baltimore Oriole players.”1 The players were only listed by last name in the box score, but looking at the Orioles roster from 1928, one guesses that Dick Porter was the center fielder and that Eddie Mooers was almost certainly the third baseman.

Randy Moore or Eddie Moore, both major leaguers, may have been the left fielder.

George Maisel played right field. He’d played in part of four big-league seasons ranging between 1913 and 1922. The year 1928, with the Orioles, was the last of the Catonsville, Maryland, native’s 16 seasons in professional baseball.

His older brother Fritz Maisel, who had played his six major-league seasons with the New York Yankees, pinch-hit in the game. Fritz was the one who had organized the team billed as All-Stars.

The Baltimore Black Sox-All-Stars series was played at Maryland Park, the first on October 7 and the final one on October 21.

The Black Sox featured a pair of future Hall of Famers, Biz Mackey behind the plate and Oscar Charleston playing left field and first base.2 Rap Dixon played right field. And Luther “Red” Farrell pitched. Farrell had no-hit the Chicago American Giants the previous October 8, winning 3-2 for the Bacharachs at Atlantic City. He’d walked five in the game and seen his teammates commit a few errors, but not allowed a base hit.

The October 14 game was the second of three played on successive Sundays between the two teams.

Some 10,000 fans had watched the game on October 7 when the All-Stars came from behind in the sixth inning and prevailed, 8-5, even though Farrell had struck out 14. Pitching for the All-Stars was Eddie Rommel (177-119 as a major-league pitcher in 13 seasons for the Athletics. He later umpired in the American League for 22 years, 1938-59.) There was to have been a second game, and it started, but was called in the second inning with the Stars ahead, 6-3, “due to the crowd swarming out on the field.”3

The October 14 game was scoreless for the first two innings. In fact, it took only three pitches for Farrell to retire all three batters in the second. In the bottom of the third, the Black Sox got to Grove. Second baseman Frank Warfield reached first on a fielding error and Rap Dixon homered over the left-field fence. It was 2-0, but the Stars tied it with a pair of their own in the top of the fourth. Porter reached on a one-out walk. Moore reached when first baseman Ben Taylor dropped the throw on a grounder. Mooers hit a Texas leaguer and both baserunners scored.

The Sox scored once in the bottom of the fourth, and then added two in the fifth and four more in the sixth. Warfield doubled. Left fielder Christopher “Crush” Holloway reached first base on a muff by Mooers. It appears that Warfield scored on a single by Dixon and that Wilson and Charleston doubled in succession. With a double in the game as well, Dixon was a triple shy of hitting for the cycle. He was also said to have “return[ed] the ball from deep right field to home plate with deadly speed and accuracy.”4

Combining two of their six hits, the All-Stars got their third run in the top of the ninth. Holloway reportedly made a spectacular one-handed catch of a smash that might have driven in two more.

Grove struck out 10, and Farrell struck out seven. (He whiffed Grove three times.) Grove walked seven; Farrell walked three. The Black Sox outhit the All-Stars, 11-6. One of the hits for the Stars was Fritz Maisel, who pinch-hit for Grove in the top of the ninth and doubled.

This game drew well. The New Journal and Guide reported that “10,000 fans cheered and howled.”5

There was an attempt at a second game again, this one 2-2 reaching into the third inning. No reason for the ending of the game was given but it was likely encroaching darkness.

The Black Sox beat the Stars, 2-1, in the rubber match of the three-game set, on October 21. Pitching for Baltimore was Laymon Yokely, with Jack Ogden of the St. Louis Browns pitching for the All-Stars. The lone run for the All-Stars was a solo home run by Jimmie Foxx leading off the second inning. The Black Sox’s John Beckwith (he’d played for the Homestead Grays during the 1928 season) hit a two-run homer in the bottom of the first. The two home runs accounted for all the scoring in the game.

The game wasn’t the first time Grove had faced an Eastern Colored League team. On October 2, 1926, he had pitched for Earle Mack’s All-Stars in Shibe Park against Nip Winters and a squad described as “a black team composed mostly of players from the Homestead Grays and the Philadelphia Hilldales.”6 Winters gave up seven scattered singles. Grove lost, 6-1, seeing Oscar Charleston hit a fifth-inning homer into the right-field stands and Otto Briggs collect three hits off him.7 In what was a six-game series between the teams, according to Jim Kaplan, Grove also pitched on October 7, when the All-Stars were shut out, 3-0, by Phil Cockrell. The ECL team won five of the six games.

In addition to the sources cited in the Notes, the author consulted both Baseball-Reference.com and Retrosheet.org. Thanks to Larry Lester and Jim Overmyer.

2 Holway’s book has “Carter” at first base and center field, but the Afro-American’s headline, text, and box score all have it as Charleston. “Dixon, Charleston Shine in Victory,” Afro-American (Baltimore), October 20, 1928: 15. It should be noted, however, that the newspaper box score was deficient (it declared that there were six hits but showed only four; the two Holway says right fielder George Maisel got were omitted from the box score.) George Maisel was left out of the Afro-American box score with the result that there was no one at all shown playing right field. There is no way to reconcile the information available, so some elements of the game remain a mystery. There was no box score accompanying the brief article that ran in Norfolk, Virginia’s New Journal and Guide, but the text does mention Charleston. See “Black Sox Rout Lefty Grove Sunday,” New Journal and Guide, October 20, 1928: 6.