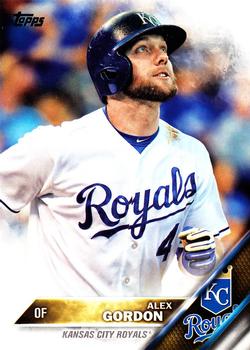 Once the Royals won the first game of the 2015 ALCS, the game plan for the rest of the series seemed simple. Win Game Two, pick up a win in one of the three games in Toronto, and come home needing to win just one of the last two games to advance to the World Series.

Of course, nothing in playoff baseball is simple. For starters, the Royals would have to figure out a way to beat longtime nemesis David Price, who took the mound for the Blue Jays in that second game with a lifetime ERA of 1.93 against the Royals. Price was battling his personal postseason losing streak (six starts without a win) but was a formidable opponent, with an 18-5 record and league-leading 2.45 ERA in 2015.

Going to Canada with a two-game lead in the series would be a big deal. The Blue Jays had gone 53-28 at home during the regular season, including a scorching 22-8 over the last two months. So there was some pressure on the slight shoulders of Royals starter Yordano Ventura. Despite his youth, the 24-year-old was a postseason veteran following Kansas City’s playoff run in 2014, including seven shutout innings in the must-win Game Six of the World Series.

And Ventura looked dominant in the first inning of this sun-splashed but cool October afternoon, recording two groundouts and carving up AL MVP Josh Donaldson for a strikeout. In the bottom of the first, Alcides Escobar, whose proclivity for swinging at the first pitch of the game was already widely known, smacked a single to right on Price’s first pitch. But then Price got three quick outs of his own.

Toronto began the second with consecutive singles, and with one out, Russell Martin lined a bullet toward center field. Escobar lunged to his left and snared it, then flipped the ball to second baseman Ben Zobrist for the inning-ending double play.

That saved a run right there, and it became a bigger deal when the Jays collected consecutive doubles to start the third inning. Ryan Goins was late on a Ventura fastball, but still guided it just inside the third-base bag, scoring Kevin Pillar. But Ventura retired the next three batters, keeping the Toronto lead at 1-0.

The score stayed the same into the sixth inning. Since Escobar’s single, Price had retired 15 straight hitters. Meanwhile, Ventura had retired nine of the previous 10 after that Goins double.

But things fell apart for the Royals in the sixth. Donaldson narrowly avoided becoming the first out on a foul popup when home-plate umpire Laz Diaz correctly realized the ball hit a cable supporting the backstop on its way down to Salvador Perez. On the next pitch, Donaldson reached for a curve, hit a slow bouncer to shortstop, then beat Escobar’s throw for an infield single. Jose Bautista followed with a walk. Edwin Encarnacion pulled a grounder into left field, just off the tip of Escobar’s glove. Donaldson scored to put Toronto up 2-0. After a strikeout, Troy Tulowitzki hit a line drive toward the right-field corner. This one eluded Alex Rios by less than a foot, good for a double and another run. A walk to Martin loaded the bases. Although Ventura was less than two feet total from being out of the inning, manager Ned Yost had no choice but to bring in reliever Luke Hochevar. With the Royals’ offense doing nothing, Kansas City needed to keep the score close.

“We stayed with him in the sixth inning because we felt like his stuff was good, but he battled his command. He kind of abandoned his fastball a little bit in that inning, facing the meat of the order, started going a little bit soft,” Yost said.1

Hochevar did the job, retiring Pillar on a popup and Goins on a groundout. But things still looked grim for Kansas City, down 3-0. They looked worse when Price struck out the side in the bottom of the sixth.

But the Royals’ luck was about to turn. Danny Duffy turned in a perfect seventh and Zobrist led off the bottom of the inning. The normally patient Zobrist swung at the first pitch. It was a popup into short right field, and he slammed his bat to the ground in frustration as Goins and Bautista converged. Goins waved his arms and Bautista slowed down, but at the last second Goins screeched to a halt, falling over backward. The ball dropped between them, and Zobrist had a leadoff single.

“I just thought I heard, ‘I got it,’ but it was nothing,” Goins said later. “I should have gone in more aggressively. I put my glove up, like I always do. That means I got it. I just didn’t make the play.”2

Bautista would only say after the game, “There’s video, you can watch it.” He did add, “There was no confusion.”3

Now Royals fans could sense another late-inning comeback. And the Royals could put their secret knowledge about Price to use. Advanced scouting by Tim Conroy and Paul Gibson had figured out that Price tipped his changeup. The catch was that he did so in the stretch position, taking a long breath after coming set and shrugging his shoulders a bit. They had also realized that Price rarely attempted pickoff throws to first (although no one had stolen a base against him in 2015), and that when he pitched from the stretch, he pointed the toes of his right foot down, making him unlikely to throw to first.4

Lorenzo Cain lined a single to right. Eric Hosmer hit a changeup to center for a single, scoring Zobrist and moving Cain to third. Hosmer took off for second base on the second pitch to Kendrys Morales, meaning the grounder Morales hit to shortstop was good only for an out at first. Cain scored on the play, making it 3-2. Mike Moustakas lined a changeup into right for a single. Hosmer scored to tie the game and Moustakas took second on Bautista’s throw home. Perez struck out, but Alex Gordon smashed a double to the right-center-field gap, breaking the tie and ending Price’s day. Rios greeted reliever Aaron Sanchez with a single to center, scoring Gordon for a 5-3 Royals lead.

Kansas City tacked on one more run in the eighth, and Wade Davis recovered from letting the first two batters in the ninth reach base to strike out Ben Revere and Donaldson. A Bautista fly ball to right ended the game and sent the Royals to Canada with a 2-0 lead in the series.

The Blue Jays were left to wonder what might have been, as well as put on a brave face about their chances in the series, while the Royals were simply thankful for their good fortune.

“I just gave up hits at the wrong time,” Price said. “I felt good. That’s a very scrappy team. They put the ball in play, they continue to battle. That’s a tough loss.”6

“We have been down 2-0 before and came back. We go to Toronto and win three games. We are a resilient group of guys,” Goins said.7

“It’s the playoffs. We’ll take anything. Any hit, any run, whatever. Guess they had a little miscommunication out there, and we’ll definitely take it,” Cain said.8

Besides the articles listed in the Notes, the author consulted baseball-reference.com, retrosheet.org, and YouTube, at youtube.com/watch?v=j_78tr2A_dQ.