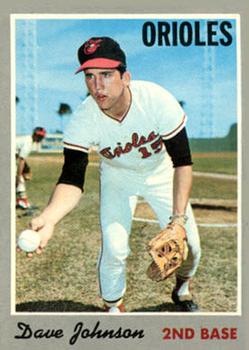 The 1969 expansion of the major leagues and the splitting of leagues into two divisions worked well for the Minnesota Twins, even though the front office was concerned about the impact on attendance by getting fewer games against popular teams like Detroit, Baltimore, New York, and Boston. However, the Twins were being placed in a division that contained both of the American League expansion teams as well as teams that weren’t regarded as the best in the league.

The Twins’ first decade in Minnesota was one of mostly competitive teams, including a pennant winner in 1965. The team had dipped in the standings in 1968, but fans had high hopes for the next season, when the Twins would be in a division with both of the expansion teams and only one team, Oakland, that had finished ahead of them in 1968. The Twins had won the West Division in 1969, the initial season of division play, but clearly weren’t as good as the East Division champions, the Baltimore Orioles, who won 109 games during the regular season. The Orioles swept the Twins in the playoffs1 although they were then upset by the “miracle” New York Mets in the 1969 World Series.

The 1970 season mirrored the previous one in the American League. Minnesota won 98 games, 10 fewer than Baltimore. It could be argued that the Orioles were again the dominant team in the league, but a best-of-five series doesn’t guarantee the better team will come out on top.

The 1970 series opened in Minnesota on Saturday, October 3, with the Orioles winning the first game 10-6, holding on in a slugfest thanks to the strong relief performance of Dick Hall. Substitute umpires had been used in the opening games of both leagues’ playoffs—the regulars went on strike over the amount of money they would be paid for the games. It wasn’t until late Sunday morning that the regular crews in both Minneapolis and Pittsburgh were told the issue had been settled and to report to the stadiums.

The Twins needed to win Game Two on Sunday to avoid having to sweep three games on the road, but the Orioles built a lead again.

Left-hander Tom Hall walked the first two Baltimore batters, Mark Belanger and Paul Blair. After Frank Robinson’s fly to right sent Belanger to third, Tony Oliva misplayed a windblown fly by Boog Powell into a double.2 Belanger could have tagged and scored even if Oliva had caught the ball, but it gave the Orioles runners on second and third with one out. Hall recovered to get Merv Rettenmund to look at a third strike and got Brooks Robinson to ground out.

Frank Robinson increased the lead with a long two-run homer to left in the third. The Orioles made it 4-0 in the fourth when Andy Etchebarren reached base with an infield single and advanced to second on an overthrow by shortstop Leo Cardenas. Dave McNally singled Etchebarren home and went to third on another hit, by Belanger. Bill Zepp relieved Hall with runners at the corners and one out. Blair hit a fly to right. Oliva made the catch and fired a strong throw to catcher George Mitterwald to nail McNally at the plate.

McNally, a southpaw who had won 24 games that year, allowed only a first-inning walk to Harmon Killebrew through three innings. He walked Cardenas to start the fourth, and Killebrew lined a home run to left. Oliva, going the opposite way, followed with another line-drive homer to left and the Twins were back in the game, trailing only 4-3.

Baltimore threatened to open it up again in the fifth, loading the bases with none out and prompting Minnesota manager Bill Rigney to go to the bullpen. The ovation Stan Williams received as he came in reflected the faith the fans had in the big right-hander to get out of the jam. Williams had produced a 10-1 won-lost record and a 1.99 earned-run average in 113⅓ innings that year, all in relief, and he did the job, retiring Brooks Robinson, Dave Johnson,3 and Etchebarren without letting the runners advance.

Williams stayed in the game, batted, and walked with one out in the bottom of the inning and stopped at second on a single by Cesar Tovar. Cardenas singled to left, and Williams tried to score the tying run, but he was gunned out at the plate by Rettenmund.4 Killebrew popped up to end the threat.

Williams shut down Baltimore over the next two innings and was lifted for a pinch-hitter in the bottom of the seventh. Ron Perranoski, Minnesota’s other relief ace, entered in the top of the eighth and was greeted with a challenge by Baltimore manager Earl Weaver to check Perranoski for a “dark spot on the palm” of his pitching hand.5 When Perranoski couldn’t remove the spot with a towel, plate umpire Bill Haller sent him off to wash his hands.

When Perranoski returned, he derisively presented his clean hands to Weaver, who was lingering at home plate with Haller. After the game Perranoski said, “The very sight of Weaver upsets me.”6 Perranoski had been upset with Weaver after he wasn’t picked for the American League All-Star team that season — Weaver had selected no relievers among his pitchers. According to Weaver, bullpen coach Jim Frey told him after Game One that he had seen Perranoski rub his hands with pine tar before he went into the game.7

Perranoski said the substance on his hand was “resin, dirt, and spit,”8 not an uncharacteristic denial by a pitcher after being caught red- (or black-) handed. Haller wasn’t fooled and said Perranoski’s entire hand was black and determined it was pine tar. Asked why he didn’t eject Perranoski, as the rules required, Haller replied, “You can go overboard with a rule. Just use common sense; have it taken off.”9

Hands washed, Perranoski gave up a leadoff bunt single to Brooks Robinson, but Oliva made a nice play after trapping Johnson’s liner to right. He came up throwing and forced Robinson at second. Etchebarren hit a comebacker to Perranoski, who started an inning-ending double play.

In the ninth, though, McNally led off with a double, and the Orioles loaded the bases with one out. Powell hit a ground-rule double to left for two runs and Rettenmund singled for another. Luis Tiant,10 who had started the season for the Twins with wins in his first six decisions before breaking a bone in his shoulder, relieved and got Brooks Robinson to ground to short. Powell broke for home and scored when Cardenas’s throw was high for an error. Johnson then finished the carnage with a three-run homer, giving the Orioles a seven-run inning for the second game in a row and an 11-3 lead in this game.

McNally, after Minnesota nearly tied the game in the fifth, gave the Twins few other opportunities. Mitterwald doubled with two out in the sixth, Bob Allison walked with one out in the seventh, and Brant Alyea walked with two out in the eighth. Now with an eight-run lead, McNally gave up a leadoff single in the ninth to Rick Renick, who was wiped out when Danny Thompson hit into a double play. Frank Quilici hit for Tiant and lifted a pop fly in foul territory on the right side. Powell drifted over and had the ball bounce off his glove, carom off his head, and roll down his chest before he corralled it against his stomach, a wacky play that seemed a fitting ending to this game.11

While the replacement umpires in Game One had generated no controversy — perhaps in part because of a request for the players and umpires to “go easy” on them12  — the regulars in Game Two received no such courtesy, and Haller had several of his calls questioned. Blair, after being called out on strikes in the ninth, dropped his bat at Haller’s feet. Haller, displaying the same restraint as he had when refusing to eject Perranoski, merely kicked the bat back in Blair’s direction.

The Orioles completed the sweep of the series with a win the next day in Baltimore, giving them 14 straight wins, including the final 11 of the regular season. They extended the streak to 17 before losing the fourth game of the World Series to the Cincinnati Reds but they won the next game to win their second world championship in five seasons.

The Twins completed a successful first decade in Minnesota with mostly competitive teams, one pennant, two division titles, and attendance that topped one million each year; the Twins led the American League in overall attendance from 1961 through 1970. No one knew it then, but the good times were ending as the Twins entered a long period of what ranged from bad to bland teams. The Minnesota Vikings, in a stretch that saw them going to the Super Bowl four times from 1969 through 1976, were taking over the sports interest in the state and the Twins reached one million in attendance only twice in their remaining 12 years at Metropolitan Stadium.

The author used his scorebook and memory of this game as well as Baseball-Reference.com in addition to the sources cited in the Notes.

1 Although it was officially called the American League Championship Series, the newspapers and fans generally used the informal term “playoffs” to refer to the series.

2 The wind had played a bigger role the previous day, but it was still a factor in Game Two. The weather, shown on the Twins-O-Gram on the scoreboard, had the game-time temperature as 73 with the wind out of the south-southwest at 17 mph.

3 “Dave,” rather than the now more-familiar “Davey,” is used here since that is what he went by at the time.

7 Ibid. The bullpens at that time at Met Stadium were next to one another, beyond the fence in right-center field.

10 Tiant was pitching his first and only season for Minnesota in 1970. He and Stan Williams were acquired in a December 1969 trade with the Cleveland Indians, where Tiant had pitched from 1964 through 1969. After his 6-0 debut with the Twins in 1970 he suffered a broken shoulder blade, missed two months of the season, and was less effective thereafter. Because of Tiant’s injury and his age (30), the Twins failed to reach a contract agreement with him for 1971. He signed with the Boston Red Sox and pitched eight seasons there, winning 20 games on three occasions.