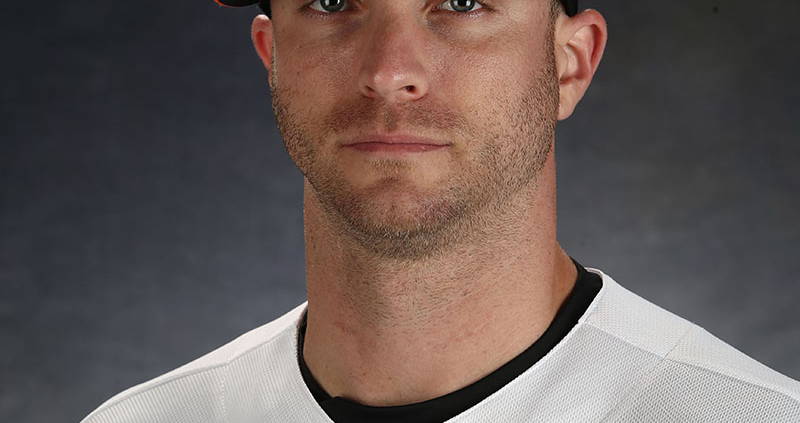 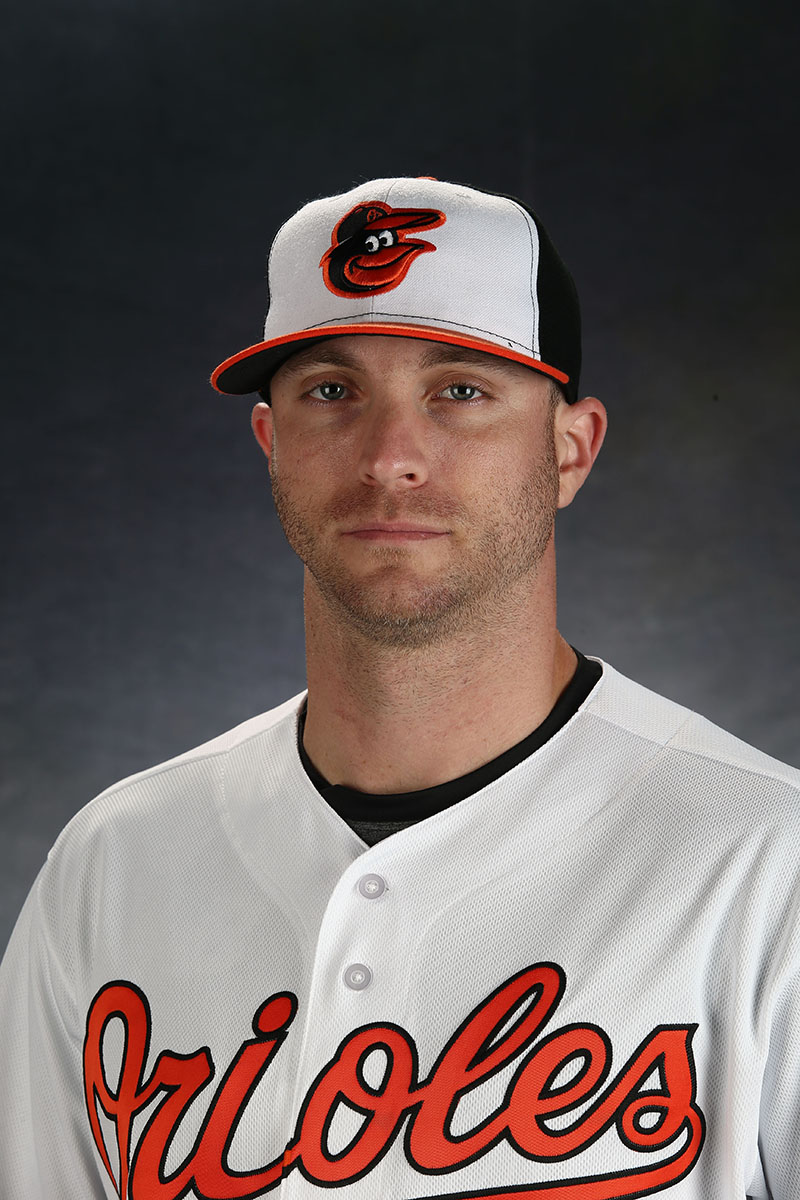 There was no love lost between the Orioles and Royals in the aftermath of Kansas City’s sweep of the 2014 American League Championship Series. Despite their four straight victories, the series was anything but a cakewalk for the Royals, with two of the games being decided by one run and the other two by a pair of runs, including a tense extra-inning affair in Game One. Lorenzo Cain was named series MVP, although it was the dominant Kansas City bullpen, led by Kelvin Herrera, Wade Davis, and Greg Holland, who were the difference makers.1

The Orioles’ frustration with the Royals continued to build when the two teams met again in late August for the first time since their ALCS showdown, with Kansas City taking three of four games at Kauffman Stadium. Dating back to May 17, 2014, the Orioles had dropped nine of their last 10 games against Kansas City.2

The 2015 season had been a letdown for the Orioles. Baltimore’s starting pitching, which was solid during its 96-win season of 2014, had become a glaring weakness. Although they had the same core group of starters, the Orioles’ starting pitching fell to second-worst in the American League, with Chris Tillman, Miguel González, and Bud Norris taking big steps backward. After going a combined 38-23 with a 3.40 ERA, the trio could muster only a 22-32 record and a woeful 5.32 ERA in 2015.

Fourth-place Baltimore limped into its September 11 contest against the Royals with a 67-72 record, a whopping 12 games behind the division-leading Toronto Blue Jays. Although they were on a modest two-game winning streak, the Orioles had won only five of their last 20 games, and they sat a distant 10½ games behind the Yankees in the race for the wild-card spot. With six teams between them and New York in the overall standings, the Orioles were merely playing for pride as the season wound down.

The Royals, on the other hand, were even better than they were in 2014. After astutely signing veteran reliever Ryan Madson to a minor-league deal in the offseason, they now boasted the best bullpen in baseball, with Herrera, Madson, and Davis combining for a 1.93 ERA in 200⅓ regular-season innings pitched in 2015.3 On August 29 Kansas City held a massive 14-game lead over the Twins in the AL Central. They lost seven of their next 10 games, dropping their record to 83-56, but the slump merely trimmed their lead to 11 games.

The Royals continued to get the better of the Orioles early on in their September 11 matchup, as the game’s third batter, Cain, hit a solo home run to give the visitors an early advantage.4 They led by either one or two runs for the first 7½ innings, and Baltimore came to the plate facing Herrera in the bottom of the eighth trailing 6-4. The Orioles’ chances for a comeback looked slim, with Kansas City holding a record of 63-2 when leading after seven innings and Herrera limiting hitters to a .183 batting average up to that point of the season.5 What followed was a wildly improbable, 38-minute half-inning in which the Orioles sent 13 men to the plate.

Jonathan Schoop opened the inning by lacing a ball that short-hopped off the center-field wall for a double. After pinch-hitter Steve Clevenger reached on an error, a struggling J.J. Hardy was caught looking for out number one. Gerardo Parra followed with an infield single that loaded the bases for left fielder Nolan Reimold.

After a solid rookie campaign in 2009, Reimold’s career had been slowed by a series of injuries. The 31-year-old was designated for assignment in late August, although he accepted a demotion to Triple A, and his persistence was rewarded by being recalled on September 6. Reimold stepped into the box against Herrera and took the first two pitches for balls. He then sent a 95-mph four-seam fastball on a long, majestic arc that struck the top of the left-field foul pole for a grand slam, sending the sold-out crowd into a frenzy. The stunning grand slam, the first (and last) of Reimold’s career, turned a two-run deficit into a two-run lead and chased Herrera from the game.

Left-hander Franklin Morales took to the mound and proceeded to throw gas on the fire. The first batter he faced, Manny Machado, hit a fastball into the left-center-field bleachers for his 28th home run of the season. Adam Jones then drilled a hard line drive into left field for a single. Chris Davis, who led all American League batters with 22 home runs since the All-Star break, came to the plate next. After a called strike one, Morales drilled him in the back with a 93-mph fastball, causing Davis to slam his bat into the ground, snapping it at the handle. He glared at Morales as he slowly made his way to first base. Baltimore manager Buck Showalter leapt out of the dugout to ensure that Davis stayed in the game, and once cooler heads prevailed, he approached home-plate umpire Mark Carlson to argue that Morales should be ejected for intentionally hitting Davis. Instead of ejecting Morales, the umpire chose to issue warnings to both teams. Showalter had some choice words for Carlson, which got him tossed from the game, and after vehemently expressing his displeasure, he left to a standing ovation from the enthusiastic crowd.

The ninth batter of the inning, Steve Pearce, hit a groundball up the middle that deflected off the glove of shortstop Alcides Escobar and rolled into shallow center field, allowing Jones to score and Pearce to hustle into second base with a double. Morales got the hook without retiring any of the four batters he faced.

Joba Chamberlain, released by both the Tigers and Blue Jays earlier in the season, was summoned from the bullpen, and he walked Schoop to load the bases. With the count full, Clevenger crushed a low and inside slider over the right-field wall for Baltimore’s second grand slam of the inning, extending the Baltimore lead to 14-6.6 The 10-run frame was the most runs scored by the Orioles in an inning since they plated 12 in the sixth inning of an April 11, 2002, game against the Devil Rays.7

Mike Moustakas drove in a pair of runs in the ninth inning to close the gap to 14-8, but that was as close as the Royals could get. The Orioles had finally gotten the better of the vaunted Kansas City bullpen.

It was only the eighth time in that a major-league team had hit two grand slams in one inning, and the first since Cliff Floyd and Carlos Beltrán of the Mets hit a pair in the sixth inning of a July 16, 2006, game at Wrigley Field.8 Baltimore also became the first team to achieve the feat twice, as both Larry Sheets and Jim Dwyer had hit grand slams in the fourth inning on August 6, 1986, against the Texas Rangers at Memorial Stadium.

Reimold savored the grand slam and his successful return to the big leagues. “I’ve worked hard to get back up here,” he said. “But it’s good to have a good game and it felt good to go around the bases with the crowd cheering in Baltimore.”9

The Royals, losers of eight of 11, were undeterred. “You go through stretches like this,” Cain said. “We can’t let it worry us. We understand we’re a good ballclub.”10 Indeed they were. Kansas City went 12-10 over the remainder of the regular season and finished 12 games ahead of the Twins with a 95-67 record. After rallying to defeat the Astros in the Division Series, the Royals rolled over the Blue Jays and the Mets on the way to earning their second World Series championship in franchise history and their first in 30 years. Once again an outstanding Royals bullpen played a pivotal role in their playoff run, effectively reducing their games to six innings in length. Front offices around baseball took note, and teams began investing heavily in quality bullpen arms. This trend, boosted by the growing baseball analytics movement, revolutionized how starters and relievers were deployed for years to come.

The Orioles won 13 of their last 22 games to avoid a losing season and finish in third place with an 81-81 record. Although the 2015 season may have been a disappointment, many Orioles fans were left with fond memories of that warm September night when their team rallied over the final three innings to score a dozen runs on the best bullpen in the major leagues.11

In addition to the sources cited in the Notes, the author consulted Baseball-Reference.com and Retrosheet.org. Full video of the game is available on YouTube at youtube.com/watch?v=T3zg2qW2Nzk.

1 The Royals went on to lose the World Series to Madison Bumgarner and the San Francisco Giants in seven games.

2 These 10 games include the four losses against the Royals in the 2014 ALCS.

3 Greg Holland was diagnosed with a torn ulnar collateral ligament in late September of 2015 and underwent Tommy John surgery in early October. Wade Davis took over the closer role for the Royals for the remainder of the regular season and the postseason. Holland missed the entire 2016 season.

4 Lorenzo Cain added a second solo home run in the top of the sixth inning to give him the second multihomer game of his career.

6 The home run was only the third round-tripper for Steve Clevenger in 375 career at-bats. He finished his career with only four home runs in 484 at-bats.

8 Through the 2019 season no major-league team had hit two grand slams in the same inning since the Orioles did it on September 11, 2015.

11 One of the 12 runs scored on the Kansas City bullpen was unearned.