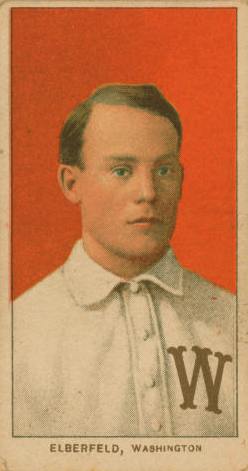 As more major- and minor-league ballparks increase protective netting around their fields to protect people from foul balls, it’s a wonder to think that years ago the parks could have used the netting to instead protect the players from the fans. In the years before and after the turn of the nineteenth century, it wasn’t completely uncommon for “cranks” (fans) to become rowdy and verbally assault players, managers, and umpires alike after plays or calls they found disagreeable. The proximity of seats to the fields in most parks could make it easy for angered spectators to hurl objects at opponents, officials, and even their own team. And in some cases, the spectators even took their aggression onto the field. This was the case on September 12, 1915, in Nashville, Tennessee, when an on-field riot was started by a group of overzealous fans, and ended with the arrest of the rival manager and one hometown player.

The Nashville Volunteers were hosting a Sunday doubleheader against a Southern League rival, the Chattanooga Lookouts. About 6,000 spectators were at the ballpark, Sulphur Dell, to watch the twin bill, with each game scheduled to go seven innings. Game one started at 2:15 P.M. and was completed without incident, though the Nashville fans were probably a bit frustrated after seeing the Volunteers get shut out, 6-0. The Vols managed five hits and two walks off former Brooklyn pitcher Raleigh Aitchison, but that wasn’t nearly enough offense and Aitchison pitched a complete-game shutout victory with two strikeouts. Starting pitcher Tom Rogers took the loss for Nashville.

The second game started shortly after, with one-time Detroit Tiger Rube Kisinger taking the mound for Nashville, and Sammy Ross going for the Lookouts. In the first inning both teams put zeroes on the scoreboard. The Volunteers came to the plate in the bottom of the second inning after another scoreless turn for Chattanooga. Vols catcher Gabby Street, the future two-time pennant-winning manager of the St. Louis Cardinals, came to the plate to start the inning. While Street was approaching the batter’s box, Nashville left fielder George Kircher came in to take a turn coaching in the first-base box. Kircher often coached along the basepaths, and he often used the opportunity to entertain the home crowd. Kircher performed his popular tight-rope walking act, in which he walked along the coaching line as if balancing on a tight rope. He delighted the fans with this act but he also kicked up a dust storm, and Lookouts manager Kid Elberfeld was not amused.

Norman Arthur Elberfeld was better known as Kid, but during his playing days he also gained the nickname The Tabasco Kid. He earned this nickname over 13 years with six major-league teams by playing with a vicious, argumentative, even combative style of play, especially toward umpires. After playing what ended up being the last of his major-league games in 1914, Elberfeld joined Chattanooga for the 1915 season. Late in the season he took on extra duties as the Lookouts’ player-manager, on the way to a long career as a minor-league manager, scout, and player developer. Elberfeld found Kircher’s antics to be a distraction and complained to umpire Dan Pfenniger to protest. Pfenniger gave Kircher a warning, but seeing how riled up Elberfeld was becoming only encouraged Kircher to try to make his dust cloud even larger.

Pfenniger ordered Kircher to leave the coaches’ box, a decision that was met with “a shower of pop bottles, cushions, and every variety of missile that happened to be handy.”1 A group of Nashville fans known locally as the Bum Sports Club had kicked off the day’s activities by tossing insults and profanities at the Lookouts’ manager, along with the projectiles, and others in the bleachers soon joined in the abuse. But Elberfeld held his ground along the third-base box, unaffected by the yelling and sidestepping the missiles. Officers removed a few troublemakers from the ballpark, and the field was cleared so play could continue. With one out in the bottom of the third inning, Volunteers first baseman Dave Callahan got on base with a walk. Shortstop Dolly Stark came up next and hit a grounder back to pitcher Ross, who flipped the ball to shortstop Ike Caveney to start a double play. Caveney lost his grasp on the ball as he stepped on the bag and Callahan was called safe by umpire Ted Breitenstein. Elberfeld stormed out of the dugout to protest the call, saying Caveney had already stepped on the bag before dropping the ball, and Breitenstein reversed the decision.

The Nashville faithful were still stewing from Elberfeld’s protest the previous inning and the reversal of the call set them off again. The crowd again pelted the field with anything they had left that they could toss, with the umpires now targets along with Elberfeld. At this point the game should have been called a forfeit, and fans or players who were not involved in the uproar encouraged Pfenniger to end it. But Pfenniger “evidently was bent on having it played out, and took up dodging bottles with the players.”2 It wasn’t until Pfenniger himself was struck in the leg by a flying bottle that the game was officially called a forfeit for Chattanooga. Upon the official calling off of the game, the worked-up cranks boiled over onto the field, with Elberfeld the focus of their anger.

Chattanooga players tried to escort their skipper off the field through the throng that had surrounded him but Elberfeld passed them up on his way up to the grandstand to leave the park. As he made his way out, an attacker struck him on the head with a bottle. Elberfeld “wrenched the bottle from his assailant’s hands”3 and went to toss it back toward the crowd when Chattanooga third baseman Fred Graff grabbed his arm and stopped him. Elberfeld turned and was ready to take on his teammate Graff instead, but other players stepped in and finally calmed him down. Elberfeld had to settle for launching his own round of profanities at the mob.

Nashville third baseman Johnny Dodge also had engaged in a verbal exchange with his own team’s supporters in the stands. During one of the previous outbursts, Dodge had walked over to the stands and asked the group to settle down, otherwise a forfeit might be called. Dodge was met with cursing and insults, so he countered back with his own obscenities. The outbursts of both Dodge and Elberfeld were witnessed by police officers, and at around 7:00 P.M. both were apprehended by police and charged with disorderly conduct. Dodge was released on parole, and his case was dismissed in a court the following morning. Elberfeld had paid $10 to post bail. No further action was taken against him, though two weeks later he managed to find himself in a courthouse again, this time after staging a Sunday exhibition game at Andrews Field in Chattanooga when Sunday baseball was still against the law there.

The doubleheader nightcap was officially listed in the record book as a 9-0 victory for the Lookouts. The day’s events were called the “the blackest eye”4 in Nashville and Southern League baseball history. Inciters completely disregarded the fact that it was a Sabbath afternoon, as they looked to start fights and they yelled vulgarities in the presence of ladies that “brought the crimson to their cheeks.”5 The next day, sportswriters covering the game wrote about the need for more security officers at ballparks. Or at the very least, ballparks might employ officers who actually helped keep fans in order, as writers noted how some of the officers at the game seemed a bit uninterested in the welfare of the visiting team that day, if not all out against them. But the dust from the incident quickly settled after Elberfeld and Dodge had their day in court with no further consequences, and the Nashville Volunteers readied themselves for their coming Wednesday visit from the Atlanta Crackers.

Gameday information from the Nashville Banner and the Chattanooga Daily Times accessed from newspapers.com.