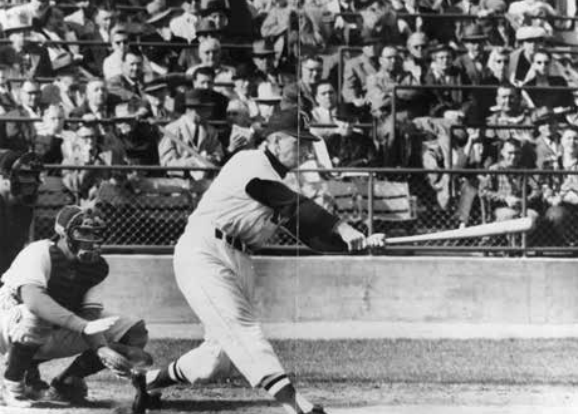 Well aware of Carl Yastrzemski’s reputation as the best prospect in the Boston Red Sox minor-league system, Minneapolis Millers manager Gene Mauch couldn’t wait to get the young second baseman into his lineup.

The series was tied at two victories apiece as the teams prepared for Game Five at Metropolitan Stadium in the best-of-seven series.

Lee Howell, a seldom-used outfielder with a .105 batting average in just 11 games, was called to report for military duty. With an open roster spot, the Millers quickly persuaded the Red Sox to send up Yastrzemski from the Raleigh Capitals, where he had just won the Class B Carolina League batting title with a .377 average.

Yastrzemski was a gifted athlete, as adept at basketball as he was at baseball. He graduated from Bridgehampton (New York) High School in 1957. While there he broke a basketball scoring mark previously held by Hall of Fame football player Jim Brown. It was his basketball prowess that earned him a scholarship to Notre Dame to study business.

After a standout season as a freshman infielder at Notre Dame, Yastrzemski signed with the Red Sox, who assigned him to Raleigh.

Although more than three years younger than the league average, his statistics were beyond impressive. Besides batting .377, he hit 15 home runs and drove in 100 runs. He walked 78 times while striking out just 49 times in 451 at-bats. His OPS (on-base percentage plus slugging percentage) was an astonishing 1.051. He also showed good speed, stealing 16 bases.

As impressive and comfortable as he was at the plate, Yastrzemski was still a work in progress in the field. He alternated between second base, where he made 32 errors, and shortstop, where he made 13, for a total of 45 errors in 116 games. His good speed and range, combined with a strong arm, stirred visions of a future outfielder.

Coming off victories in both the American Association playoffs and Junior World Series in 1958, expectations were high for the Millers in 1959.

Tom Borland, with 14 wins, led the pitching staff, followed by Nelson Chittum with 11 and Ted Bowsfield and Earl Wilson with 10 each.

Heading into the fifth game of the playoff series, Mauch couldn’t wait to insert Yastrzemski into his lineup at second base. As soon as Howell’s military conflict became known, Millers business manager George Brophy notified the league of the team’s intention to replace Howell with Yastrzemski. In a letter to both teams the league appeared to have certified Yastrzemski’s spot on the roster. Howell, however, left a day early to visit his family, and the Millers in a wire to American Association President Ed Doherty updated him on the player movement and said they planned to use Yastrzemski that day.

Just to be safe, Mauch met with league Secretary Jim Burris before the game and asked if Yastrzemski could play. Burris said yes.

The two teams had a history of disputed plays during the season, and the Millers, leading 1-0 into the fifth, added another run on a close play at the plate.

Millers infielder Herbie Plews slid home on a close play at the plate and was called out by umpire Tom Bartos. After a conversation with first-base umpire Bill Kinnamon, Bartos changed his call to safe, saying that catcher Chris Cannizzaro didn’t have control of the ball at the time of the tag.

Millers starter Ted Wills struck out 11 in 5⅔ innings before leaving the game with a sore arm and his team ahead 2-0.

Omaha’s Ben Mateosky tied the game with a two-run homer off Millers reliever Billy Muffett in the sixth. Omaha went ahead 3-2 in the next inning, but the Millers evened the score at 3-3 on an unearned run in the bottom of the seventh.

Yastrzemski, given an intentional walk earlier, led off the 10th with a solid single. Joe Macko bunted Yastrzemski to second, and Stu Locklin singled hard to right. Taking off on contact, Yastrzemski never slowed as he rounded third and slid safely home ahead of the sweep tag by catcher Nick Testa. Barnes had to be restrained from attacking the umpire, who again ruled in favor of the Millers, and it looked as if they had gone ahead in the series three games to two.

Omaha general manager Bill Bergesch, who watched the game from the press box, originally said he had no plans to protest the game, but he changed his mind. When questioned about his pregame conversation with Mauch, league Secretary Burris confirmed that he had told Mauch that Yastrzemski could play, but said he thought Mauch was talking about the original date, at the end of the week.

At that point, Bergesch contacted Doherty to file is protest.

Late in the night Doherty ruled in favor of Omaha. The results of the game were erased and a doubleheader was schedule for the next day. It would be without Yastrzemski, who would be eligible on the following day in case the Millers advanced to the finals against the Fort Worth Cats.

Before a minuscule announced crowd of 455, the Millers swept both games. They took the seven-inning opener, 5-3. First-baseman Joe Macko’s first-inning home run gave the Millers a 2-1 lead.

With the score tied 3-3 in the bottom of the sixth, Clinton hit a two-run double off reliever Bob Darnell. Clinton, battling a late-season hitting slump, had been demoted to eighth in the Millers’ batting order.

In the second game, Minneapolis jumped to a 2-0 lead in the first on a double by third baseman Red Robbins off Omaha lefty Tom Cheney.

A home run by Omaha first baseman Mateosky tied the score in the sixth. Millers starter Tracy Stallard allowed five hits and six walks while striking out 10 in 6⅔ innings.

Chet Nichols finished the seventh before giving way to Muffett, who had allowed three hits and one earned run in the protested game the day before.

Cheney had gone 6⅔ innings without allowing a hit. Muffett was also pitching well, and Mauch let him bat to lead off the 12th. A right-handed hitter, he lined Cheney’s first pitch to him over the right-field fence for the series-winning run.

Muffett had pitched briefly at Omaha the year before and split the 1959 season between Phoenix and Minneapolis. He batted .207 with two home runs spread over seven seasons of Triple-A ball.

With Yastrzemski eligible two days later, the Millers went on to defeat Fort Worth for the American Association championship. They advanced to the Junior World Series, where they lost in seven games to the Havana Sugar Kings.

Omaha dropped out of the American Association after the 1959 season.

Under orders from Red Sox management Yastrzemski transitioned seamlessly from second base to left field in the 1960 season. He batted .339 with 7 home runs and 69 runs batted in. He joined the Red Sox the next spring and starred there for the next 23 years to pave the way for his election with 94.6 percent of the votes to the Hall of Fame in 1989.

Mauch began his 26-year major-league managerial career in 1960 with the Philadelphia Phillies.

Stallard also was promoted to the Red Sox in 1960. A year later he earned a spot in baseball history when he threw the pitch that Roger Maris hit for his record-breaking 61st home run.