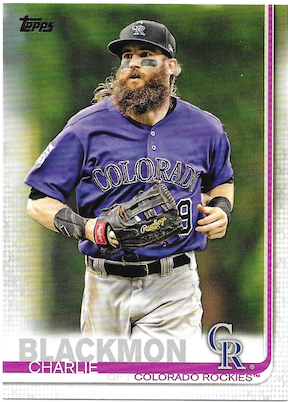 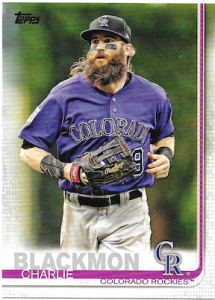 For both starting pitchers it was a sort of homecoming. Left-hander Tyler Anderson (4-5) made his first start for the Rockies since having arthroscopic surgery on his knee on July 3. Right-hander Jordan Lyles (1-2), who had been released by the Rockies on August 1, took the hill for the Padres.

The teams were scoreless until the home half of the third inning, when catcher Jonathan Lucroy led off with a single and moved to second on Anderson’s sacrifice. Charlie Blackmon’s fly ball down the left-field line was ruled a ground-rule double because of fan interference, and Lucroy scored. It was Blackmon’s 90th RBI of the season, a National League record for RBIs by a leadoff hitter.1 DJ LeMahieu’s single to right drove in Blackmon, giving the Rockies a 2-0 lead. Consecutive singles by Carlos Gonzalez and Nolan Arenado drove home LeMahieu for Arenado’s 125th RBI. Gerardo Parra’s groundout to second advanced Gonzalez and Arenado, and they scored on Trevor Story’s single to left.

The Rockies added two runs in the bottom of the fifth when Gonzalez blasted a two-run moon shot into the second deck in right field. After he walked Arenado, Lyles’ evening was over. “Seeing all those guys come up to the plate for the last four years, I knew how I wanted to attack them,” Lyles said. “But just because you have the book on someone doesn’t mean things are going to go your way.”2

While Lyles struggled, allowing seven runs and eight hits in four-plus innings, Anderson was pitching a no-hitter with two outs in the sixth inning until Manuel Margot beat out a dribbler that rolled between home plate and the pitcher’s mound for an infield single. Carlos Asuaje followed with a single to right, but Anderson ended the Padres threat by striking out Wil Myers. Myers fouled a pitch off his right leg before looking at strike three, which led to his early exit from the game. “It’s pretty sore,” said Myers, who sustained a muscle contusion above his knee. “I’m going to do everything I can to make sure I play (Sunday). We’ll see how it feels in the morning, but I should be in there.”3

Rookie Miguel Diaz took the hill for the Padres in the bottom of the sixth. After striking out Ian Desmond, Diaz gave up back-to-back singles to Lucroy and Alexi Amarista, pinch-hitting for Anderson. Blackmon then drilled a three-run home run into the right-field seats, giving the Rockies a 10-0 lead.

After missing inside with his first pitch to LeMahieu, Diaz hit him with his second pitch. LeMahieu was restrained from heading to the mound by home-plate umpire Gerry Davis. Both teams’ dugouts and bullpens emptied onto the field, but no punches were thrown and Diaz was ejected.

Padres manager Andy Green commented on the beaning and ejection of Diaz: “You give up a big home run and then you hit a guy two pitches later – that’s kind of universally understood as a time that guys throw at people. Miguel Diaz wasn’t trying to do that. He’s a young kid on the mound, struggles with command from time to time. … I think you look at a lot of pitches and say he’s not throwing the ball where he wants to throw the ball. They’re trying to make a determination on whether we were trying to throw at somebody at purpose. It wasn’t on purpose, but I can understand the conclusion they made.”4

The bottom of the seventh was even more productive for the Rockies. Raimel Tapia (pinch-hitting for Arenado) and Parra led off the inning with singles off Padres reliever Cory Mazzoni. A passed ball allowed Tapia to score and moved Parra to second. Desmond and Lucroy followed with back-to-back singles, scoring Parra. A walk to Amarista loaded the bases for the Rockies. Pat Valaika, pinch-hitting for Blackmon, launched a grand slam to left, giving the Rockies a 16-0 lead and their final runs.

It was the Rockies’ largest shutout victory in their history, surpassing a 13-0 victory over the Marlins exactly 10 years before that began a streak of 21 wins in their final 22 games of their pennant-winning 2007 season. The win extended the Rockies’ lead to 3½ games over the Milwaukee Brewers and was their 10th in their last 13 games.

It was a record-setting night for both Blackmon and Arenado. Blackmon’s four RBIs boosted his NL record for RBIs by a leadoff hitter to 93. His double and home run were his 81st and 82nd extra-base hits in the leadoff spot, also a National League record. Arenado now had three consecutive seasons with at least 125 RBIs – as of 2019 no Rockies player or major-league third baseman has ever accomplished this feat.5

The Padres suffered their fifth consecutive loss and their second 16-0 loss in four games (they lost to the Twins 16-0 on September 12). “Every team in baseball has lulls offensively, and a lot of times it corresponds with losing key members of your offense,” Green said. “You want to see guys put together tough at-bats. … We haven’t done that well the last four or five games.”6

In addition to the sources cited in the Notes, the author also relied on Baseball-Reference.com, the MLB Video Channel on YouTube, and Dennis Georgatos’s game story for the Associated Press, “Rockies Rout Padres 16-0, Gain Ground in Wild Card Race,” Boston Herald, September 16, 2017.