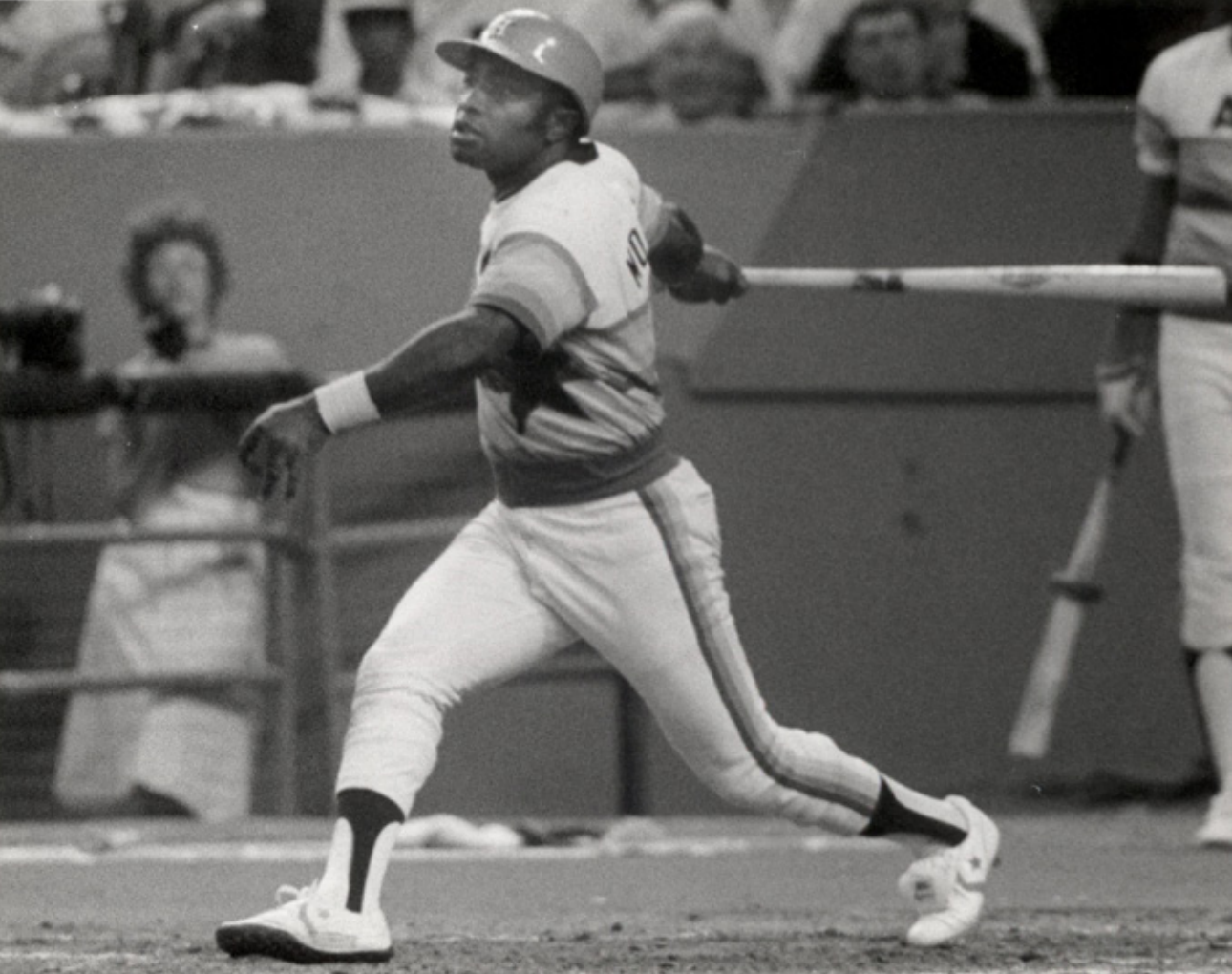 Entering their September 19, 1971, Sunday afternoon game against the visiting Cincinnati Reds, the Houston Astros were teetering on the brink of elimination. The previous night’s 11-inning, 3-2 loss to the Reds had pushed the Astros into a virtual tie for fourth place with the Reds, 10 games behind the National League West-leading San Francisco Giants.

The Astros sent 24-year-old rookie Scipio Spinks to the mound for just his second major-league start of the season. He had spent most of the season with Triple-A Oklahoma City. His first start, on September 6, was a complete-game victory over the Atlanta Braves. Before this Sunday start, Spinks had pitched five days earlier, working 5⅔ scoreless innings in relief of starter Wade Blasingame against the San Diego Padres. The Reds’ starter, seven-year veteran Jim Merritt, was struggling with a 1-11 record after enjoying a 20-win season and his only All-Star appearance in the previous season.

During pregame ceremonies, Joe Morgan, the Astros’ second baseman, was honored as the Most Popular Astro this season, picked in fan voting. Morgan, who was celebrating his 28th birthday, was rewarded with a trip to Acapulco for himself and his wife.

Spinks started strong, setting down Pete Rose and Dave Concepcion on groundouts, followed by the first of three strikeouts in the game by Reds first baseman Lee May. In the bottom half of the first, Roger Metzger and Cesar Cedeno both singled, but were stranded in scoring position. The Reds then started to put a damper on Morgan’s birthday and award celebration, scoring the game’s first run in the top of the second inning when Hal McRae singled home Tony Perez. Cincinnati padded its lead in the third when Johnny Bench delivered a three-run homer, his 25th round-tripper of the season, bringing home Rose and Perez.

Down four runs, the Astros threatened during the fourth inning when singles by Cedeno and Denis Menke, combined with a walk to Larry Howard, loaded the bases with two outs for Houston’s eighth-place hitter, John Mayberry. However, the hulking first baseman, who entered the game batting just .185, popped out to short. The Astros finally scored in the bottom of the sixth inning when Jimmy Wynn’s sacrifice fly brought home Cedeno. Spinks had settled down after Bench’s homer, keeping the Reds off the basepaths through the seventh inning. In the bottom of the seventh, after Howard doubled off shortstop Darrel Chaney’s glove and Mayberry struck out, Astros manager Harry Walker lifted Spinks for pinch-hitter Jesus Alou while Reds manager Sparky Anderson brought in Ed Sprague to replace Merritt. Alou singled, moving Howard to third. Metzger reached on an error by Reds second baseman Concepcion, the only error in the game; Howard scored the Astros’ second run and Alou reached third base. Morgan hit a sacrifice fly, then singles by Cedeno and Bob Watson tied the game, 4-4. Cedeno’s seventh-inning single was his fourth hit of the game. He was perfect, with the four hits and a walk.

In the eighth the Reds responded after two outs with a single by May and walk by Perez, but Bench flied to center field against reliever Jim Ray, ending the inning. In the bottom of the eighth, the Astros were scoreless. Both teams had runners in scoring position in the ninth inning; the Reds’ McRae doubled but pinch-runner Buddy Bradford was stranded, while the Astros loaded the bases with one out on a single by Metzger, a sacrifice, and two walks, one intentional. When Wynn flied to center field, Metzger tried to score, but Bradford’s throw nailed him to send the ballgame into extra innings.

The Reds went down in order in the top of the 10th while the Astros moved runners into scoring position again in the bottom of the inning. With two outs, Mayberry singled. Pinch-hitter Rich Chiles singled off the Reds’ Clay Carroll, advancing pinch-runner Derrel Thomas to third, but Metzger grounded to Concepcion to send the game into the 11th inning. Fred Gladding took the mound for the Astros after Ray pitched three scoreless innings. Gladding walked Bench and hit Bradford before getting Woody Woodward to ground out to third to quell the threat.

After pitching two scoreless innings, Clay Carroll returned to the mound for the bottom of the 11th.  On his first pitch, Joe Morgan delivered a game-ending home run, his 13th of the season, sending the crowd of 9,260 fans home happy. The win for Gladding evened his record at 4-4, while Carroll dropped to 9-4.1 The game-winning shot by Morgan was his last homer of the season, and his 13 blasts led the Astros. For the year, Morgan also tied Metzger for the NL lead with 11 triples and reached his personal best, to that point in his career, with 56 RBIs.

The day after the game Morgan was quoted as saying, “I said in May that if I led the team in home runs, we’ll finish fifth. I guarantee you that you can’t win if you don’t have home runs, despite what some people say.”2 Morgan’s words were nearly prophetic; the Astros finished fourth in the NL West – tied with the Reds.

The Giants defeated the Padres, 4-1, at Candlestick Park that afternoon, eliminating both the Astros and Reds from postseason play. Although Morgan was pleased with his performance during the season, he said he wouldn’t be surprised if he were traded over the winter. He explained: “We’ve got a ball club that should have won the pennant race or come close. And we didn’t. We’ve got to make some changes.”3

As measured by Wins Above Replacement (WAR), Morgan was the most valuable offensive player on the 1971 Astros, with the highest on-base plus slugging percentage among regulars (.757) and the most stolen bases (40). Only staff ace Don Wilson, with a 16-10 record and a 2.45 ERA over 268 innings, had a higher WAR (6.1) than Morgan (5.6). Morgan correctly predicted that changes to the Astros’ roster would be made. On November 29 the Astros traded him along with Ed Armbrister, Jack Billingham, Cesar Geronimo, and Denis Menke to Cincinnati for Tommy Helms, Lee May, and Jimmy Stewart. The trade gave the Reds the missing pieces they needed to become one of baseball’s dominant teams for the rest of the decade.

Houston traded Joe Morgan to Cincinnati in 1971. After he won two NL MVP Awards and two World Series with the Reds, he returned to help the Astros win their first division title in 1980. (Courtesy of Houston Astros Baseball Club).