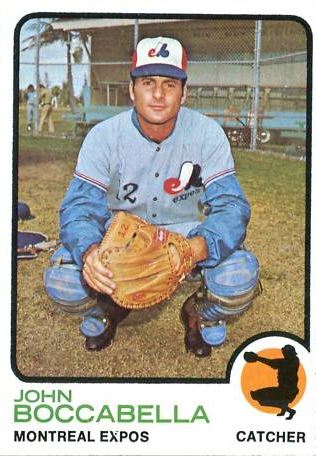 The contrast between the two teams could not have been starker. The mighty Pirates, one of the oldest franchises in baseball, were perched atop the NL East standings, while the last-place Expos were struggling to compete in what was only their second year of existence. A few weeks earlier, Pittsburgh had christened monolithic Three Rivers Stadium on the confluence of the Ohio, Allegheny, and Monongahela rivers. The Expos, meanwhile, toiled in quaint Jarry Park, an intimate venue that had fans seated close to the action, although it was barely up to major-league standards.

Even though the Expos were a dreadful 52-110 in their inaugural season, their bench boss, Gene Mauch, had boldly predicted that the team would win 70 in ’70. Montreal came into the game with a 57-76 record, 13½ games behind Pittsburgh, yet still within striking distance of Mauch’s goal. The Pirates, who were looking to return to the postseason for the first time since their World Series championship in 1960, had lost six of their last seven contests and watched their division lead dwindle to 1½ games over the Mets and two over the Cubs.

Rookie Carl Morton, the 45th overall pick in the 1968 National League expansion draft, got the start for Montreal.1 Morton had compiled a 15-10 record and 3.69 ERA, good enough to establish himself as the ace of Montreal’s beleaguered pitching staff. The Bucs sent 22-year-old Bob Moose to the hill. Despite sporting a solid 3.92 ERA, Moose had struggled in three previous starts against the Expos that season, surrendering a whopping 15 earned runs in 9⅔ innings pitched.

Moose’s difficulties against Montreal continued in the bottom of the first inning. After Rusty Staub drew a two-out walk, third baseman Bob Bailey doubled into the left-center-field gap. Staub, off and running with the 3-and-2 pitch, scored standing up to give the Expos a 1-0 lead.

Morton set down the first 11 batters he faced before 36-year-old Roberto Clemente stung a line-drive single up the middle with two outs in the fourth inning. It was the 2,700th hit of Clemente’s illustrious career.2 The next batter, Al Oliver, reached on a base hit, but Morton escaped the inning unscathed by getting Willie Stargell to pop up to first base.

The Pirates opened the top of the sixth with doubles by Clemente and Dave Cash, although they were unable to score when Cash lost his footing between third base and home plate and had to retreat to the bag. Mauch immediately went to the mound to talk to his young hurler. The Canadian Broadcasting Corporation, which was broadcasting the game to 4 million viewers in Canada, was about to achieve a sportscasting first.3 By outfitting Mauch with a wireless microphone, the CBC was able to record his conversation with Morton and replay it to an astonished television audience prior to the start of the next half-inning.4 “We’re gonna give them that run (Cash),” Mauch instructed. “Get this guy (Oliver) out, we got a place to put the big guy, put Stargell, and we’ll play for a double play. Don’t put yourself into a lot of trouble trying to protect one run, right? We’re gonna get some more runs.”

At first, it looked as if Mauch’s plan might come to fruition, as the Expos conceded the tying run on Oliver’s groundout and walked Stargell intentionally to setup the double play. Morton induced catcher Manny Sanguillen into hitting a groundball, but unfortunately for the Expos it was hit sharply into right field and Clemente scored to put the Pirates up 2-1. The inning quickly unraveled for Morton. Richie Hebner hit a checked-swing blooper that fell in front of Jim Fairey in left field to load the bases, and then Gene Alley hit a line drive to center field that dropped in front of a charging Boots Day, who slipped and fell on the damp grass; the ball rolled to the wall, allowing Alley to easily circle the bases for an inside-the-park grand slam that extended Pittsburgh’s lead to 6-1. Alley became only the sixth major leaguer in 10 years to hit an inside-the-park grand slam and the first Pirate to turn the trick since Bob Skinner on July 6, 1960.5

In the bottom of the sixth inning, Bailey picked up his second RBI of the night on a line drive to left field that brought in Marv Staehle. The next batter, first baseman Jim Gosger, narrowed the Pirates’ lead to 6-3 by hitting an opposite-field bloop double that landed just inside the left-field line to drive in Fairey, who had reached on an error.

Moose got the first out in the bottom of the eighth inning but then allowed the next two hitters to reach base, causing Pittsburgh manager Danny Murtaugh to give his young right-hander the hook. After Dave Giusti walked John Bateman to load the bases with two outs, Day came to the plate looking to redeem himself for the misplay that led to Alley’s inside-the-park grand slam. The Expos center fielder made up for his gaffe by sending a double into left-center field that plated Staub and Bailey and cut the deficit to a single run. The next batter, Bobby Wine, stroked a hanging curveball from Giusti up the middle for a groundball single that scored two more runs and put the Expos up 7-6.

Twenty-seven-year-old Mike Marshall took to the mound in the top of the ninth in search of his first save in an Expos uniform.6 He retired the first two Pittsburgh batters before Murtaugh sent slugger Bob Robertson to the plate to hit for the rookie Cash. With the Pirates down to their last strike, Robertson stunned the Jarry Park crowd with a line-drive home run to left field that tied the game, 7-7. It was his 21st home run of year, and 17th on the road, in only 310 at-bats.

Fairey and Bailey both drew walks in the bottom of the ninth inning off veteran lefty Joe Gibbon. With two on and two out, Bruce Dal Canton came in to face the light-hitting John Boccabella, who had entered the game at catcher in the top of the frame. After falling behind 2-and-0, Dal Canton came in with a high fastball that Boccabella crushed over the left-field wall for a three-run homer, powering the fledgling Expos to an unlikely 10-7 victory. It would turn out to be the only walk-off home run of Boccabella’s 12-year career.

Two weeks later, CBC Television continued its experimentation with cordless microphones in a game against the Mets at Jarry Park. Color commentator Don Drysdale, the recently retired Dodgers great, conducted a midgame interview with Mauch to discuss his managerial strategies that evening. When the New York writers learned of the CBC’s plans, they became incensed and demanded that a reporter be allowed in the dugout to conduct an interview with the Montreal manager during the game.7 Instead, TV monitors were installed in the press box so that the writers would have access to the conversation between Drysdale and the Little General.8 Reporters were also given an opportunity to pose questions to Mauch during the game via an intercom telephone line from the press box to the dugout.

The Expos went on to post 16 victories in September for their only winning month of the season. Three of those September wins were notched by Morton, who was voted the NL Rookie of the Year on the strength of his 18-11 record. Montreal’s 73 wins, a surprising 21-game improvement over their dismal 1969 campaign, exceeded Mauch’s prediction and served to prematurely raise the expectations of Canadian baseball fans. The following spring, his 81 in ’71 prognostication proved to be far too optimistic, and the team remained mired in mediocrity for much of the 1970s.9 It wasn’t until 1979 that the Expos finally enjoyed a winning season.

Although the Bucs fell into a first-place tie with the Mets on September 9, they bounced back to win 14 of their last 20 games and cruise to the NL East division title. However, their season ended abruptly when they were swept in the NLCS by a powerful young Cincinnati squad that had come to be known as the Big Red Machine. Despite their playoff disappointment, the Pirates had embarked on one of their most successful decades in franchise history, a thrilling run that saw them claim six division titles and two World Series championships in the 1970s.

In addition to the sources cited in the Notes, the author consulted Baseball-Reference.com and Retrosheet.org. Video of this game is available on the Internet Archive at archive.org/details/19700902PiratesAtMontrealExpos.

1 Morton was technically a rookie in 1970, but he had pitched 29⅓ innings for Montreal in 1969, including five starts.

4 A few confused viewers called CBC to ask how they were able record the conversation on the mound without there being a cord trailing behind Gene Mauch. Later in the broadcast, Expos play-by-play announcer Hal Kelly did his best to describe how wireless microphones worked.

6 Marshall went on to record 75 saves in his four seasons with Montreal. After he finished second in voting for the NL Cy Young Award in 1973, the Expos traded him to Los Angeles. He won the 1974 NL Cy Young Award with the Dodgers and finished his career with 188 saves.