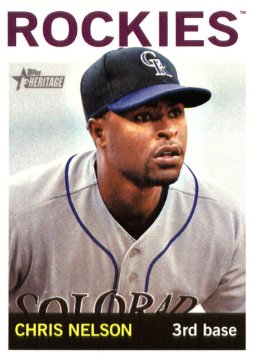 Baseball’s 100,000th regular-season game, played on September 6, 1963, between the Senators and Indians,2 was determined at that time by a Hall of Fame committee, and included games from the National Association, a league that began play in 1871 and predated the modern National League by five years.

However, by the time the 200,000th game rolled around, Major League Baseball had changed its mind – the new regular-season game count now began with the origin of the National League in 1876:

MLB has dated its beginnings to the first contest of the National League of Professional Base Ball Clubs, between Boston and Philadelphia, on April 22, 1876. In that game, Hall of Famer Jim O’Rourke registered the first base hit and his Boston Red Stockings won, 6-5, behind pitcher Joe Borden. An earlier league, the National Association (NA) of 1871-75, played 1,086 games over its five-year tenure, but those games are not counted in the current MLB games tabulation.3

So, a bit of controversy — and therefore players in that “other” 200,000th game (“include NA games, and the 200,000th game occurred on July 4, between the Cincinnati Reds and the St. Louis Cardinals”), the Reds and Cardinals missed out on participating in a historic milestone.4

Leading up to this milestone game, major-league players had accumulated “more than 260,000 home runs, more than 1.8 million runs, more than 3.5 million hits and more than 10 million outs, dating back to Game 1 in 1876.”5

Moreover, as noted, “In a statement released in August, SABR member John Thorn, MLB’s official historian, wrote: ‘Major League Baseball’s 200,000th game is an amazing milestone in world sports. No other sports league has mirrored the spirit of a nation for so long.’” Hence the great significance of the game.6

As for the game itself, the Astros jumped out to an early 2-0 lead, scoring single runs in each of the first two innings. The first run was scored by Jordan Schafer on J.D. Martinez’s sacrifice fly; the second when Brett Wallace drove an 0-and-1 pitch for a home run to deep right center field.

The Rockies countered with a two-run fourth inning. After Mark Ellis walked and Chris Nelson singled to left field, first baseman Jordan Pacheco hit a 3-and-1 pitch to deep left center field, a double that plated both Ellis and Nelson.

The game moved along without further score to the home half of the ninth, with the two teams having left only three runners on base from the fifth inning through the top of the ninth. Then the Astros generated a pair of two-out baserunners via a single and an intentional walk, only to see them left on base when pinch-hitter Matt Downs grounded weakly into a forceout at second base. Now the game went to extra innings.

In the top of the 11th, the Rockies had two baserunners, but were unable to score them; the Astros suffered the same fate in their half of both the 11th and the 12th, failing to score any of their four baserunners in these two innings.

Then, in the top of the 13th, the Rockies broke through. Shortstop Chris Nelson coaxed a bases-loaded walk from the Astros’ Jordan Lyles, then pinch-hitter Wilin Rosario plated an insurance run with a sacrifice fly to deep center field. The Astros could not counter, going out 1-2-3 in the bottom of the inning. Matt Reynolds earned his first victory of the season, while Rafael Betancourt earned his seventh save. Lyles took his eighth loss.

Some players recognized the significance of this game. Jason Hammel said, “I threw my hands up when I found that out in the fifth inning. … I was like, ‘Hey, that’s pretty cool. I’m part of history.’ … It’s a cool bit of information I can share with [3-week-old son] Beckett someday.” 7

And Chris Nelson said, “I had the walk for the winning RBI in the 200,000th game. … At least I’m in there [baseball history] for something. And it was a 13-inning thriller.”8

And so the major leagues passed another longevity milestone.

All things being equal, the 300,000th major-league game should occur in late September of 2052. Get your tickets now — plenty of good seats are still available.