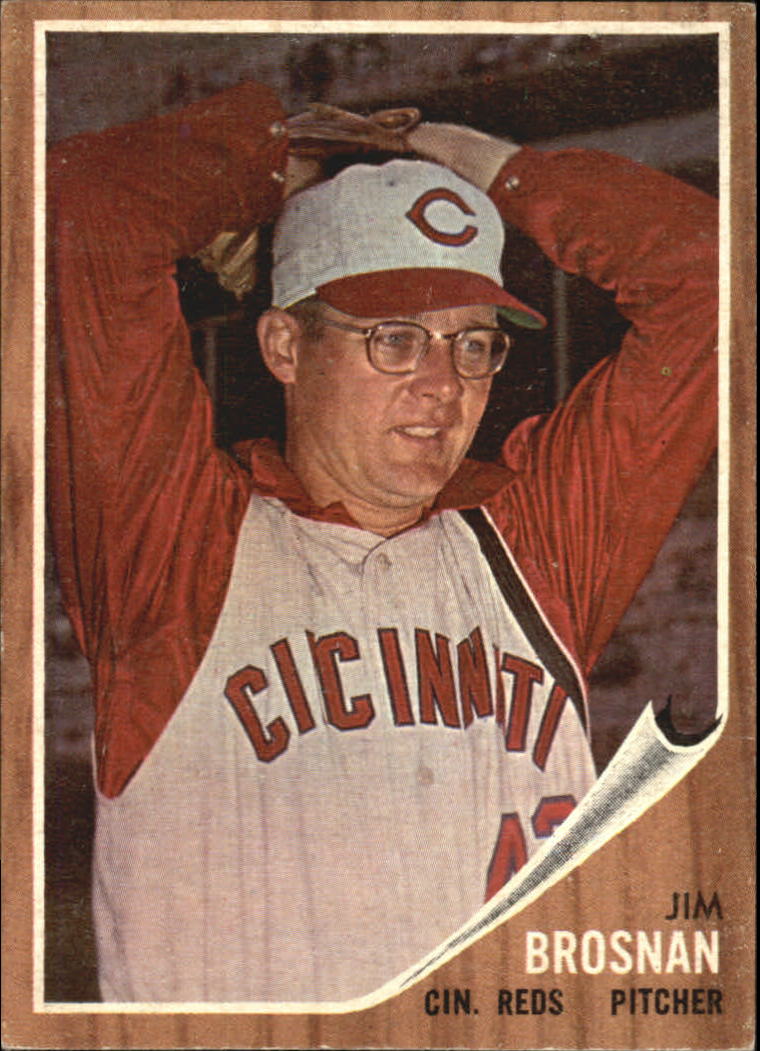 The 1961 Cincinnati Reds1 were a pre-season pick to finish sixth in the National League.2 Having finished 28 games of the pace in 19603, baseball pundits viewed them as only better than the Cubs and Phillies. While a club with undeniable batting prowess—think Frank Robinson, Vada Pinson, Gordy Coleman, Gene Freese, and pinch-hitter extraordinaire Jerry Lynch—their pitching, especially their starting pitching, was viewed as a bit suspect because they were going to have to rely initially on relative newcomers Jay Hook, Jim Maloney, and Jim O’Toole. Veteran starters Joey Jay and Bob Purkey would help shoulder the load. The Reds’ manager, Fred Hutchinson, a spirited and formidable pitcher in his day, had his pitching work cut out for him.

As the early season progressed, the Reds showed surprising strength, hanging in with the Dodgers and Giants, demonstrating dominance over the Braves and Pirates, and generally throttling the Phillies every time they played them (they would end the season series with the Phillies winning 19 of 22 games — over 20 percent of the season’s wins — a significant contribution to their pennant winning efforts).4

Only the lowly Cubs remained a mystery, bombing the Reds’ pitching at every opportunity. An example of this occurred in late June, when the Cubs swept a doubleheader at Wrigley, crushing Cincinnati under a barrage of 12 extra base hits, including five home runs.

In spite of their Cubs problem, by the All-Star break the Reds had fashioned a five-game lead over the Dodgers, thanks in part to winning three of four over the Dodgers in Los Angeles just prior to the break. As the summer wore on, the contenders dropped out one by one, with the Braves, Cardinals, Pirates, and Giants receding in the Reds’ rear view mirror.5

Cincinnati’s starting pitching had held up — O’Toole, who came into his own during this season, was having an outstanding year, and the veterans Jay and Purkey also had great seasons, with Jay winning 20 games for the first time.

And their hitting was formidable; Robinson was having an MVP season, and Lynch seemed to get a game-breaking hit every time he pinch-hit.6 Pinson, Coleman, and Freese also contributed mightily.

At this juncture it seems necessary to mention the Reds bullpen. Featuring the left-handed veteran Bill Henry (16 saves) and the right-handed Jim Brosnan7 (10 wins, 16 saves), the Reds had arguably the best bullpen in the National League.

Moreover, Brosnan was perhaps the most interesting of Reds players. Intelligent and bookish, he had written a diary of the 1959 season, The Long Season8, candidly describing his experiences during the season. While he was a professional baseball player, in The Long Season he comes across as having several of the same concerns of any family man of that time.

In his 1959 diary, Brosnan battled with management over his salary, and did not get along with his boss in St. Louis, led by the irascible manager Solly Hemus. He worried about his family when he was on the road, although not so much that he could not enjoy himself at various watering holes. He suffered professional setbacks (allowing a king-sized home run that traveled all the way out of Forbes Field on May 1 and then a terrible start against the Phillies on June 7), and ultimately had to switch jobs, via a trade to the Reds for Hal Jeffcoat at the deadline. But this job switch brought him into contact with a much better boss, Fred Hutchinson, and led to a revival of his professional fortunes. All in all, it was an eventful year for Brosnan, and he wrote about it in vivid, compelling fashion.9

As it happened, he was compiling a similar diary for the 1961 season, Pennant Race, so we are able to ponder his daily insights into the pennant race he and the Reds were involved in. And, just as he did with The Long Season, he wrote with candor about the joys, disappointments, and tensions of the race.

Finally, the Reds had progressed to the point late in the season where they were able to contemplate clinching the pennant — the first for the Reds since 1940. Entering the penultimate series of the season, they would play the Cubs, their 1961 nemesis, in a three-game set in Chicago, beginning on Tuesday afternoon, September 26.10 A win over the Cubs that day would clinch a tie for the pennant. The Dodgers and Pirates had a doubleheader scheduled for later in the day. A Reds win and a Dodgers loss would secure the pennant for the Reds.

“Bob Purkey’s luck continued to run bad. In the five innings he pitched, the Cubs scored three runs, none of them rightly earned, and two of them blatant gifts from the Red infield. Meanwhile the Cincinnati bats were virtually hitless…

John Edwards, who hadn’t hit a home run since the day he broke in against the Cubs back in (June)11, stroked one in the sixth inning, and Robinson hit a two-run homer in the seventh to tie the score. Despite the fact that the Cubs’ lineup was loaded with left-handed hitters, Hutch called me into pitch…

“My God, I could lose three games to these guys!” I thought.

For once, however, I knew I had good stuff. My slider was fast and sharp, the best I’d had all year. The Cubs went down in order.

With two out in our half of the eighth Pinson (singled). Lynch, who had promised (coach Pete) Whisenant, “Don’t worry, Pete, I’ll get one. Hit it on the fists or something,” ran the count to 2-2 … and Lynch swung … The ball sailed far over the right field bleachers, giving us a two run lead.

“You’re something else, Lynch,” I murmured to myself …

The more strikes I threw, the better I felt as the Cubs swung through, under, and over the slider. Three of the last four Cub batters struck out and little goose bumps broke out on the back of my neck, ran down my spine, and popped out my right arm.

“Nice going, big man,” said Hutch, gripping my hand firmly after the third out. “That should do it.”12

The Reds had clinched a tie for the pennant, and would secure it later in the day when the Pirates won the nightcap of their doubleheader 8-0 over the Dodgers.13

While the Reds would not win the World Series against the Yankees, Brosnan had completed arguably his finest major league season on a very high note. He finished 20th in the National League MVP voting, behind his teammate Frank Robinson.14 And the Reds had won their first pennant in 21 years — a wondrous thing.

11 Brosnan’s original text in Pennant Race incorrectly claims that Edwards’ first home run was in “July.” But that home run actually occurred on June 28, according to box scores available at Baseball-Reference.com. In the interest of clarity for modern readers, we have updated the passage to say “June” instead. Five sentences later, Brosnan’s original text says that Vada Pinson drew a walk. He singled instead. We have also updated this passage.