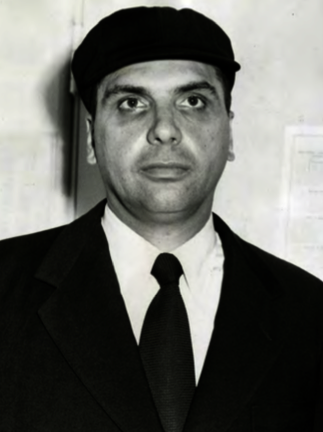 “The Greatest Rhubarb In The History Of Braves Field”

So said Boston Traveler sportswriter John Drohan in the September 28, 1951, edition of his newspaper, remarking upon the happenings at the previous day’s Braves-Dodgers tilt at the Wigwam.

Brooklyn’s Dodgers were struggling to retain the top spot in the senior circuit’s standings. Their advantage over the second-place New York Giants had evaporated from 13 games to 2½ games by the time they visited Boston for four contests, commencing with a September 25 twi-night doubleheader. The Braves were returning home after six straight road losses and in the throes of wrapping up another disappointing season. The Billy Southworth era had ended on a sad note on June 19 when the overwhelmed Braves skipper finally threw in the towel, and Jury Box hero Tommy Holmes was summoned to take the parent club’s reins from his novice managerial assignment with the Eastern League Hartford Chiefs.

The Braves swept the doubleheader. The first game featured Warren Spahn capturing his 22nd victory while wearing a teammate’s borrowed number-22 jersey for good luck. Now only a game ahead of the Giants, Brooklyn regrouped the following day and humbled the Braves, 15-5, behind big Don Newcombe.

With every game a “must win” for the Dodgers, tensions were high on September 27 when the Bums sent ace Preacher Roe to the mound to face rookie lefty Chet Nichols. Roe was seeking his 23rd win of the season while Nichols had a shot at capturing the National League ERA crown. Braves players were incensed over Jackie Robinson’s perceived “bush” steal of home the previous day after the Dodgers had already locked up a lopsided victory. Despite the drama associated with this contest, the ballpark was sparsely populated for the Thursday afternoon Ladies Day game, even with the addition of 321 female fans. The Boston Globe’s Gene Mack, Jr. later commented that it was a “crime that only 2,086 Bostonians turned out to witness probably the most exciting game played in the Hub this season.”

The hard-fought contest was tied 3-3 heading into the bottom of the eighth. Braves left-fielder Bob Addis led off with a single to center, followed by a Sam Jethroe single that sent Addis to third. Earl Torgeson bounced to Jackie Robinson at second and Robinson threw to Roy Campanella at the plate. Robinson’s throw was a bit outside, causing Campy to pivot to the right. This provided an opening for Addis to reach the plate with the eventual winning run in a spikes-first slide as the Dodgers catcher made a half-spin tag. Home-plate umpire Frank Dascoli signaled that Addis was safe.

Campanella vehemently protested the call. In doing so, he slammed down his mitt, resulting in an immediate heave-ho by Dascoli. The angry visitors then swarmed the arbiter. Coach Cookie Lavagetto was booted as well. Emotions failed to cool and the Dodgers continued to ride Dascoli from the first-base dugout. Out of patience, Dascoli ordered the entire Brooklyn bench to their internal dressing room, excepting manager Chuck Dressen and coach Jake Pitler. The layout of Braves Field required the players to cross past Dascoli toward the third-base dugout to enter the tunnel accessing the clubhouse. Future Boston Celtic and Basketball Hall of Famer Bill Sharman, a late-season call-up, was among the Dodgers exiled but not ejected. He would never officially appear in a major-league contest. John Gillooly of the Boston Record American described the eviction trek as a “pitiable procession; no doubt stingingly profane.”

Campanella’s ouster had a significant bearing on the game and, ultimately, Brooklyn’s drive for the pennant. Campy, who later in the year would be voted the NL Most Valuable Player, was replaced in the lineup by Rube Walker. In the top of the ninth, Pee Wee Reese doubled and advanced to third on a Robinson groundout. Deprived of Campanella’s clutch bat at this critical juncture, Dressen chose to pinch-hit for the weaker-hitting substitute backstop. To make the move, Dressen had to send his batboy, Stan Strull, to the distant clubhouse to retrieve sequestered utility infielder Wayne Terwilliger, delaying the game. Terwilliger grounded out to third and Nichols struck out Andy Pafko to secure the win. Only a half-game now separated the Dodgers and Giants. The Braves clinched fourth place, securing a few hundred dollars for each player, and freshman portsider Nichols captured the National League ERA title with a 2.88 average.

The Dodgers’ anger continued unabated after the game. The umpires’ room was closely situated between the players’ quarters beneath Braves Field’s stands, allowing the disgruntled Bums a further opportunity to complain. What followed would later be headlined in the Boston Herald as a “riot under [the] stands.”

Dascoli and his crew had retired to their dressing room and locked its door. An attendant claimed that Jackie Robinson kicked the door repeatedly, splintering its upper and lower panels, while “screaming unprintable words of indignation and resentment.” Campanella, now in civvies, was said to have been among others taking part on this incident. Braves Field grounds superintendent Al Oliver and six Boston patrolmen assigned to the Wigwam were summoned to the scene but arrived after order had been restored.

Reporters at the scene indicated that the battle had turned verbal behind the locked doors of the Dodgers’ and arbiters’ rooms. “Player – ‘You are a ___ ___ ___.’” “Umpire – ‘The same goes for you.’” “Player – ‘You can go to ___.’” “Umpire – ‘And that’s for you.’” Said a Braves player, “I’ve seen fist fights, but I’ve never seen anything like those guys pounding on that door. If they don’t get suspended, nobody will ever get suspended.”

When questioned, Robinson angrily denied the allegations. “Anybody who says I did it is a damned liar. … Whenever I’m in a crowd and something happens, right away it’s me.” Robinson couldn’t resist adding, “He [Dascoli] was run out of the International League he was so bad, and then they let him work up here. … He chokes up worse than the players.”

Preacher Roe admitted to knowing the guilty party but refused to identify the culprit. “But it wasn’t Jackie, I’ll take an oath on that.” Another Dodgers player said, “Quite a few of our boys either kicked or pounded it on their way to our dressing room.”

Dodgers coach Clyde Sukeforth issued damning statements not only against Dascoli but also Commissioner Ford Frick, then also the acting National League president. “Dascoli is a bad umpire, that’s all. No other umpire would have acted so hastily. … I don’t blame Dascoli, though. He is more to be pitied. He’s not big enough for so important an assignment. I lay the blame on Frick. He must know, as everybody else does, that Dascoli is incompetent. He never should have assigned him to a series as important as this.” Chuck Dressen added, “He’s just not competent, that’s all.” “We’ve had trouble with him all year – as far back as spring training.”

After Dascoli emerged from the dressing room, he offered his take on the matter. “Campanella didn’t touch Addis until his feet crossed the plate.” Robinson’s hurried throw was sufficiently off the mark to provide the opening to Addis. As to Campanella’s ouster, Dascoli waved him out of the game not because of language or physical contact. “He threw his glove. When they throw their glove, it’s automatic. It’s got to be. If you didn’t, the next time they’d throw the center field bleacher at you.”

The Braves supported Dascoli’s account. Addis, a former Brooklyn farmhand, unflinchingly claimed that he was safe. Manager Tommy Holmes stated, “He got in under him. I saw the whole play.” Many of the Braves felt that Brooklyn’s furious protestations were totally unjustified and that Campanella’s reaction was only a gesture to cover up his failed tag.

Boston Globe columnist Harold Kaese opined that most observers agreed with Dascoli’s decision. However, Kaese added that the umpire had the reputation of having “more notches in his right thumb than Wyatt Earp ever had on the butt of his six-shooter.” In the scribe’s opinion, the arbiter from Danielson, Connecticut, had always been too quick to eject players. “He is allergic to protests. Players say he has the biggest rabbit ears in the business.”

The day’s events were reported to Ford Frick. For such bad behavior, the national pastime’s top official decided to fine Robinson and Campanella $100 each and Roe $50. Frick said that “these fines are not for actions on the field, but for those in the runway on the way to the clubhouse.” Other loose-lipped participants in the melee escaped punishment.

The Braves weren’t through influencing the 1951 senior-circuit pennant race. They finished the season at home against the Giants. Despite their best efforts, the Tribe could not stop the New York juggernaut and lost both contests, setting the stage for the “Shot Heard ’Round the World.”

The author used various contemporary Boston newspaper accounts as noted above and The Sporting News of October 10, 1951.