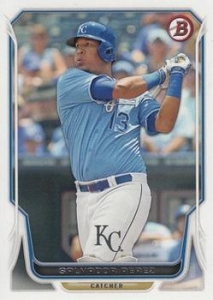 From 1976 to 1985, the Kansas City Royals were one of the American League’s best teams. In that 10-year span, they made the playoffs seven times, and finished second in the other three years. When Darryl Motley squeezed Andy Van Slyke’s fly to right to clinch the 1985 World Series title, Royals fans had no reason to believe that postseason baseball wouldn’t be almost a yearly occurrence. Much to the chagrin of the Royals faithful, it would be 29 years before the Royals again took the field in a postseason game. A 3-1 win over the White Sox clinched the postseason berth, and the Royals would host the wild-card Game against the Oakland Athletics.

Kansas City was abuzz as the Royals prepared to play their first postseason game in 29 years. Manager Ned Yost named James Shields as his starting pitcher. Shields had come to the Royals before the 2013 season along with Wade Davis in a trade with Tampa Bay and was considered the Royals’ staff ace.

Oakland manager Bob Melvin named Jon Lester as his starting pitcher. Lester had come to the A’s on the last day of the trading deadline in a deal with the Boston Red Sox. Lester had always been a Royals nemesis. In 13 starts against the Royals, he had allowed only 23 runs. He threw a no-hitter against the Royals in 2008, and had already beaten Kansas City three times in 2014.

A sellout crowd of 40,502 jammed Kauffman Stadium on an unseasonably warm 82-degree night for the much-anticipated game. Coco Crisp led off the game for the A’s with a line single to left. After Shields retired Sam Fuld and Josh Donaldson, Brandon Moss belted a home run into the right-field seats to give the A’s a 2-0 lead. The Royals came back in the bottom of the first when Alcides Escobar led off with an infield single. Nori Aoki forced Escobar at second and, with two out, stole second base. After Eric Hosmer walked, Billy Butler lined a single down the left-field line to score Aoki and cut the lead to 2-1.

The score was still 2-1 when the Royals came to bat in the bottom of the third inning. As the inning began, the A’s had a new catcher. Starting catcher Geovany Soto had injured his thumb and was replaced by Derek Norris. This would later prove to be a fateful change. The Royals had led the American League in stolen bases by a wide margin, and in 2014 Soto had thrown out 43 percent of runners attempting to steal. Norris had thrown out only 17 percent and had allowed 60 steals during the regular season.

Mike Moustakas led off the third with a line single to left field. Escobar sacrificed him to second, and a groundout by Aoki moved him to third. Lorenzo Cain ripped a double to left to score Moustakas, and Eric Hosmer looped a single to short left to score Cain and give the Royals a 3-2 lead.

Both teams went down in order in the fourth and fifth innings, and the Royals still held a 3-2 lead as the A’s came to bat in the top of the sixth. Ned Yost’s strategy all season was to try to get through the sixth inning with a lead and then turn it over to his vaunted HDH bullpen of Kelvin Herrera, Wade Davis, and Greg Holland.1

Yost’s normal plan ran into a bit of a snag. Sam Fuld led the sixth inning off with a single, then Shields walked Josh Donaldson. Yost headed to the mound to pull Shields and opted to go with 23-year-old rookie right-hander Yordano Ventura to get through the inning. Ventura had a fine year as a starter, but had relieved in only one game all season. The first man to face him was the dangerous Brandon Moss, who had already homered in the first inning. On a 2-and-0 pitch, Ventura came in with a low fastball, and Moss crushed a three-run homer to center field. A 3-2 lead had suddenly become a 5-3 deficit. Josh Reddick followed with a single and, after a wild pitch and a fly out, Yost replaced Ventura with Kelvin Herrera. Herrera got Stephen Vogt to foul out, but then three straight singles by Derek Norris, Eric Sogard, and Coco Crisp led to two more runs before Sam Fuld struck out to end the carnage. It was now 7-3, Oakland, and with Jon Lester on the mound, the Royals’ chances seemed pretty bleak.

The score remained 7-3 when the Royals came to bat in the bottom of the eighth inning, six outs away from elimination. Alcides Escobar led off the inning with a seeing-eye single up the middle. He stole second and advanced to third on a grounder to second by Aoki. Lorenzo Cain grounded a single up the middle to score Escobar and cut the A’s lead to 7-4. Cain stole second and Lester walked Eric Hosmer. With two on and one out, Bob Melvin brought in Luke Gregerson to pitch to Billy Butler. Butler lined a single to right to score Cain and send Hosmer to third. Yost brought in Terrance Gore to run for Butler.2 Gore immediately stole second. Gregerson then uncorked a wild pitch, allowing Hosmer to score, and sending Gore to third. That was all the Royals could score, but they had cut the lead to 7-6.

Greg Holland wiggled through the ninth unscathed and A’s closer Sean Doolittle was entrusted to protect the one-run lead in the bottom of the inning. Yost sent up veteran Josh Willingham to pinch-hit for Moustakas.3 Willingham dropped a single into right field. Yost sent in his other pinch-running specialist, Jarrod Dyson.4 Escobar sacrificed Dyson to second, and Dyson stole third, the Royals’ sixth stolen base of the game, and their fifth against beleaguered catcher Derek Norris. Nori Aoki lifted a fly to the warning track in right field, easily deep enough to score Dyson and tie the game.

Having already used his three best relievers, Yost turned to southpaw Brandon Finnegan to start the 10th.5 Finnegan held Oakland scoreless in the 10th and 11th innings. The Royals were also unable to score and it was still deadlocked entering the 12th.

Finnegan began by walking Josh Reddick. After a sacrifice by Jed Lowrie, Melvin called on Alberto Callaspo to pinch-hit for Nate Freiman. Yost countered by bringing in Jason Frasor from the bullpen. After a wild pitch moved Reddick to third, Alberto Callaspo poked a single to left to score Reddick and give the A’s the lead once again.

Down 8-7 in the bottom of the 12th, with one out. Hosmer picked on a high fastball and hit a drive to deep left-center. Sam Fuld and Jonny Gomes converged on the ball, but neither could snare it as the ball hit the top of the wall and bounced back toward the infield. By the time Gomes had corralled it, Hosmer had pulled into third with a triple. Christian Colon chopped one off the plate that Donaldson tried to barehand, but it went for an infield single and Hosmer scored the tying run. With two out and Salvador Perez at the plate, Colon took off for second. The A’s pitched out, but Norris dropped the ball before he could make a throw.6 The sellout crowd was on their feet as Jason Hammel faced Perez. On a 2-and-2 pitch, Perez reached for a low outside slider and grounded it down the third-base line just out of the reach of a diving Josh Donaldson. Colon scored and the Royals had a stunning 9-8 win.

Delirium broke loose at Kauffman Stadium. Many said it was the greatest game they had ever witnessed. Rany Jazayerli wrote: “Just before midnight, as September fell into October, I hugged my friends. I hugged complete strangers. I screamed until what was left of my voice was completely hoarse. I spontaneously invented a dance that would embarrass Elaine Benes. I had entered that state of joyous delirium that I’m told only sports can bring, but that I’d never experienced. This was the greatest baseball game I’d ever witnessed live.”7 Raul Ibanez, who closed out his career with the 2014 Royals, said, “I’m telling you. It’s the best game I’ve ever seen.” Royals third-base coach Mike Jirschele concurred: “There hasn’t been a game close to this tonight. The ups and downs in this game. And then to finish on top. You couldn’t draw it up any better.”8

The Royals would eventually lose the World Series in seven games, but made up for that disappointment in 2015 by winning the Series for their second world championship.9

1 The Royals had lost just four games all season that they led after the sixth inning, and only one that they led after the seventh. For the season Herrera sported a 1.41 ERA, Davis, 1.00, and Holland, 1.44. No team in history had ever had a bullpen with two relievers with a minimum of 60 appearances each having an ERA under 1.50, and the Royals had three. See Steve Gardner, “Royals Bullpen: ‘There’s No Better Weapon,” USA Today, October 15, 2014.

2 Gore had been called up to the majors in September for one reason, to pinch-run.

3 Willingham had been acquired from the Minnesota Twins in August to provide an experienced bat.

4 Dyson was often used as a pinch-runner. Just as fast as Gore, he had stolen 36 bases during the regular season in a part-time role. An in-depth study of Dyson’s stolen base appears at fangraphs.com/blogs/how-jarrod-dyson-stole-the-biggest-base-of-his-life/.

5 Just three months earlier, Finnegan had been pitching for Texas Christian University in the College World Series. The Royals had chosen him in the first round of the June free-agent draft and called him up to the big leagues in September. He had only seven major-league innings under his belt, although he had pitched well.

6 This was the Royals’ seventh stolen base of the game. The seven stolen bases were by seven different players: Aoki, Cain, Colon, Dyson, Escobar, Gordon, and Gore