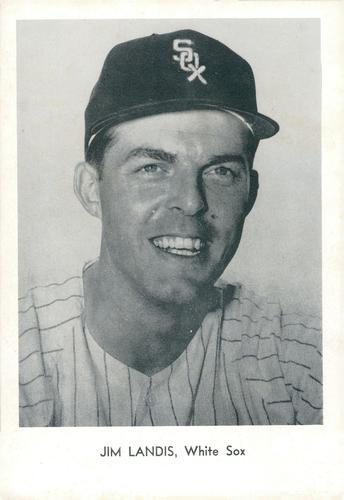 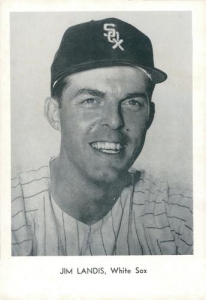 “There’s more of a feeling on this club that we’re going to win than there was even in ’59,” said veteran Jim Landis. “That ’59 club had plenty of confidence, don’t get me wrong, but this club has better pitching.”1

Landis, the last member of the 1959 pennant-winning White Sox still with the team, was speaking to reporters on September 5 after Chicago beat Cleveland 8-2 on a six-hit, 10-strikeout performance by Joel Horlen that broke a first-place tie with the Baltimore Orioles, who had fallen to the Los Angeles Angels.

The eight runs were an achievement for the White Sox, and not just because the Indians had arrived in Chicago with victories in 11 of their last 12 games. Seventh in the league in runs scored, the White Sox’ punchless lineup featured only one 20-home-run hitter, third baseman Pete Ward, and but one hitter within shouting distance of .300, right fielder Floyd Robinson at .294. At the very bottom of the official AL batting list were a trio of White Sox regulars – left fielder Dave Nicholson at .204, center fielder Landis at .199, and catcher J.C. Martin at .197. The acquisition on July 13 of first baseman Bill Skowron from Washington for first baseman Joe Cunningham and pitcher Frank Kreutzer had helped buoy the lineup. The veteran’s timely hitting, steady glove, and experience gained playing for eight pennant winners in New York and Los Angeles contributed to keeping the scrappy White Sox at or near the top of the standings in the heat of a blistering pennant race.

But the White Sox’ singular strength was pitching. Horlen, with an 11-8 won-lost record and an ERA of 2.18 after his outing against the Indians, was one of the AL’s best trio of starters along with 1963 AL Rookie of the Year Gary Peters, 16-7, 2.43, and Juan Pizarro, 17-7, 2.11. A strong bullpen was anchored by the ageless Hoyt Wilhelm, at 42 and in his 13th season, still one of the game’s premier relievers.

The first game of the September 6 twin bill with Cleveland demonstrated the White Sox’ all-or-nothing reliance on pitching and pluck and little else. While Chicago hitters struggled to come up with four hits off the Indians’ Jack Kralick, Peters had pitched perfect ball through 6⅓ innings only to lose 2-0 on a pair of runs in the ninth.

The second game pitted White Sox right-hander John Buzhardt (10-8) against Indians veteran Dick Donovan (7-7), who had spent six seasons (1955-60) with the White Sox. With Landis out with a leg injury made worse by a collision with an outfield wall two days before, Gene Stephens was inserted at center field, and utilityman Tommy McCraw in left gave Nicholson a rest.

With better baserunning, the Indians might have won the game in the second inning. After a double to right by slugging left fielder Leon Wagner, catcher Joe Azcue hit a grounder to the mound that caught Wagner between second and third. As Azcue chugged around first, Wagner was chased back to second by Ward, who flipped to second baseman Don Buford. As Buford tagged Wagner on one side of the bag, Azcue slid safely into the other. The next batter, Vic Davalillo, also bounced one to the mound. This time it was Azcue who was trapped off second, thrown out by Buzhardt on a fielder’s choice. Billy Moran followed with a double to center field, but Stephens’ peg to Martin caught Davalillo at the plate to end the inning. The Indians managed to score in the third, when Woodie Held and Tito Francona hit a pair of doubles to give Cleveland a 1-0 lead.

Floyd Robinson opened the White Sox’ half of the fourth with a single to right but was erased on Ward’s bouncer to Donovan, who tossed to Dick Howser at short to start a 1-6-3 double play. Skowron drove a pitch over the right-field wall for his 17th home run of the season, tying the game, 1-1.

The Indians struck back in the top of the fifth with a leadoff double by Held, who drew a wild pickoff throw from Martin that allowed him to take third. After a walk to Donovan, Francona flied to right field. Held tagged up and scored to put the Indians ahead, 2-1.

Buzhardt having been lifted for pinch-hitter Jeoff Long in the bottom of the fifth, White Sox skipper Al Lopez sent right-hander Eddie Fisher to the mound for Chicago in the sixth. Fisher pitched two scoreless innings before he, too, was removed for a pinch-hitter. Pitcher Gary Peters, a solid batsman with a .300 average and one homer in pinch-hitting duty, flied out to center field.

With the White Sox still behind a run, 41-year-old knuckleballer Hoyt Wilhelm, who had warmed up by striking out the final Cleveland batter in the opener, came in to pitch in the eighth, retiring the Indians in order.

It was the flying feet of Tommy McCraw that tied the game in the bottom of the eighth for Chicago. McCraw, collecting his third hit of the game, singled to right, stole second, and scored one out later on Robinson’s single to center. Robinson was gunned down by Azcue trying to steal second, and the White Sox and Indians entered the ninth inning tied, 2-2. With both Wilhelm and Donovan pitching a scoreless frame, the game proceeded into extra innings.

The Indians threatened in the 10th with a leadoff single to left by Moran, but Wilhelm got Held to hit into a 5-4-3 double play. Wilhelm walked Donovan, then threw a knuckler that catcher Martin couldn’t handle, allowing Donovan to advance to second. Francona grounded out to Buford to squelch the threat.

The Indians threatened again in the 11th, Dick Howser taking first on a base on balls, then dashing to second on Fred Whitfield’s sacrifice bunt to the mound. Martin let another knuckler from Wilhelm slip through his grasp, and Howser sprinted to third. Wagner, though, flied out to center and Wilhelm got Azcue swinging to allow the White Sox to escape the inning with the score still knotted.

Buford led off the bottom of the 11th with a single, Al Weis coming in to run for Buford. Weis stole second, only to be caught flat-footed when the next batter, Robinson, lined to Whitfield at first. Whitfield fired the ball to Howser, who tagged Weis for the double play.

Weis took Buford’s position at second as Wilhelm retired the Indians in order in the top of the 12th. In the bottom of the inning, Skowron led off with his fourth hit of the game before being pulled for a pinch-runner, Mike Hershberger. Stephens’ sacrifice bunt to the mound advanced Hershberger to second. Donovan issued his first pass of the game, intentionally, to Ron Hansen, but Martin struck out and Wilhelm flied out to center.

When the White Sox took the field for the 13th inning, Hershberger took Robinson’s place in right field, Robinson shifted to left, and McCraw moved in from left field to play first in place of Skowron. In the inning, Cleveland manager Birdie Tebbetts opted to stick with Donovan, allowing the pitcher to remain in the game. Wilhelm struck out Donovan looking, retiring the Tribe in order once again.

As Chicago came to bat in the bottom of the 13th, the Indians shuffled the team on the field. Max Alvis came in the play third, Held was shifted to left field in place of Wagner, and Chico Salmon took Francona’s spot in right. McCraw led off the inning, bunting safely for his fourth hit of the game. With Weis at the plate, McCraw again stole second, then advanced to third when Weis, too, beat out a bunt for a hit. Donovan intentionally walked Robinson to load the bases, bringing Ward to the plate. Ward, “in an aggressive mood”2 for having endured nine trips to the plate that afternoon without a hit, smacked Donovan’s second pitch deep into center field. As the ball settled into Davalillo’s glove, McCraw raced home with the winning run.

Wilhelm took the victory for the Sox. His six-inning stint in relief was his longest of the season. In holding the Indians scoreless, Wilhelm was touched for only two hits while striking out three. Donovan went the distance for Cleveland, hurling 12⅓ innings while yielding 16 hits, 15 of them singles, and only two walks, both intentional. Although the White Sox hit safely in every inning but two, Donovan, with the benefit of five double plays behind him, was seldom in serious trouble.

White Sox manager Al Lopez was content with his team’s effort that day. “Winning doubleheaders is one of the toughest things in baseball,” he remarked after the game. “Sure, we’re happy over the split. We’re still in first place.”3

Earlier that day, the Baltimore Orioles had defeated the Los Angeles Angels to tie Chicago again for first place. By pulling out the win in the overtime nightcap, however, the White Sox slipped just ahead of the Orioles, a half-game and one thin percentage point ahead in the standings.