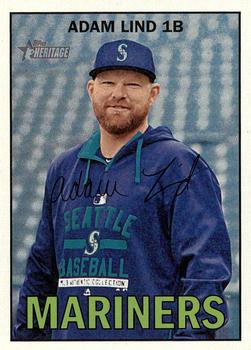 The Seattle Mariners finished the 2015 season with a record of 76-86, keeping alive the longest postseason drought in the major leagues. So for the 2016 campaign, Mariners ownership decided the team needed a change. And that change came with a new general manager: Jerry Dipoto.

The former Los Angeles Angels GM brought with him a new manager: Scott Servais, who had been assistant GM during his time with the Angels. The pair made many changes throughout the Mariners organization. They built a brand-new team around an existing core of veteran players like Felix Hernandez, Nelson Cruz, Robinson Cano, and Kyle Seager. Dipoto made more than 20 moves1during the 2016 season, seeking to bring some hope to Seattle.

By September 7, the Texas Rangers had ended the first-place hopes of any other team in the American League West Division. They had a solid lead over their division at 83-56, 8½ games ahead of second-place Houston. But the Mariners, at 70-68 and 4 games behind Houston, still had some hope of getting a spot in the wild-card race, despite the injuries that had sidelined starting pitchers Felix Hernandez and Nathan Karns for weeks.

On the 7th, the Mariners hosted the Rangers at Safeco Field. Left-hander Ariel Miranda of the Mariners (2-1) took the mound to start the game, and showed some early strength by striking out leadoff batter Delino DeShields. Ian Desmond and Carlos Beltran quickly went out on five pitches.

The Rangers’ starter, right-hander A.J. Griffin, was 7-3, having split his previous four decisions. The Mariners’ leadoff batter, Seth Smith, batting just .200 over his last 33 games, doubled to left. (Smith would finish the night with three hits and a walk.) Young Mariners shortstop Ketel Marte followed with a groundball single to the right side, and the Mariners led 1-0.

Robinson Cano kept the inning alive with a line-drive single to right field, and Marte stopped at second. Griffin struck out Nelson Cruz for the first out of the inning. But third baseman Kyle Seager singled to right, and the bases were loaded.

The next batter, first baseman Adam Lind, was batting just .156 over his last 12 games, and while he had 18 home runs so far in the season, hadn’t hit one since August 19. The first pitch from Griffin was a fastball strike. The second pitch was a high fastball, and Lind caught it all, smashing it to right-center for his 19th home run of the season and the fourth grand slam of his career. The next two batters made outs, and after the first inning the Mariners were up 5-0.

“I had a plan and it didn’t really go to plan,”Lind said after the game. “I was just kind of waiting for something soft. I just got the barrel there. I hit it right on the sweet spot, so I knew I would at least get a sac fly.”2

In the second inning, Miranda issued a leadoff walk to Adrian Beltre, then struck out the next three batters on 11 pitches.

Miranda allowed his first hit of the game, a leadoff single by Carlos Gomez,in the top of the third, but picked him off with Ryan Rua at bat, and retired the Rangers without a run.

In the bottom of the third, Lind did it again, smacking a home run to left field to start the inning, making the score 7-0. In the fourth Griffin allowed another home run, to Smith, making it 8-0 for the Mariners. Griffin was replaced by Nick Martinez in the fifth. Griffin became only the second Rangers pitcher to go four innings, allow eight runs and strike out seven batters, which is fairly uncommon. Indeed, the first was Aaron Sele, who started in an 18-6 loss to the Angels on June 13, 1998.

Rangers manager Jeff Banister was laconic after the game about his starter’s performance:

“Eight runs down early is a challenge. Not the night A.J. was looking for. Giving up the grand slam was the big one.”3

Miranda, returning for the sixth inning, started with a leadoff walk to Gomez. He was erased thanks to a double play with the next hitter Ryan Rua. But an error by shortstop Marte allowed Delino DeShields to reach first base, and Ian Desmond followed with a single. Then Carlos Beltran smacked his 27th home run of the season on an 84-mph splitter down the middle by Miranda.4The homer extended Beltran’s hitting streak to 10 games, during which he batted .439. The Seattle starter came back in the seventh, only to allow a leadoff walk to Rougned Odor and be quickly replaced by the reliever Nick Vincent, who retired the side on a double play and strikeout.

Miranda’s six-plus innings won manager Servais’s praise after the game. “That was probably as crisp and smooth as we’ve seen him work since he’s been here and against a really hot-hitting team,” Servais said.5

No more runs were scored during the game. The Mariners’ rookie closer, Edwin Diaz, pitched in the ninth inning, closing out the 8-3 victory.

Despite the encouraging offensive performance during the game, the Mariners did not reach the postseason in the end. They finished three games behind Toronto and Baltimore for a wild-card spot, and half a game behind the Detroit Tigers. The Rangers were swept by the Toronto Blue Jays in the American League Division Series. And the Mariners’ long postseason drought continued.

Besides the sources cited in the quotes, the author also consulted the following as well as Baseball Reference.com and Retrosheet.org: