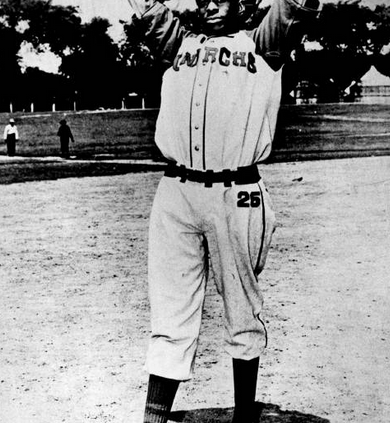 “I think I should get a word or two in edgewise about the 1942 Monarchs, who were the best team I ever played with. I do believe we could have given the New York Yankees a run for their money that year.” — Buck O’Neil1 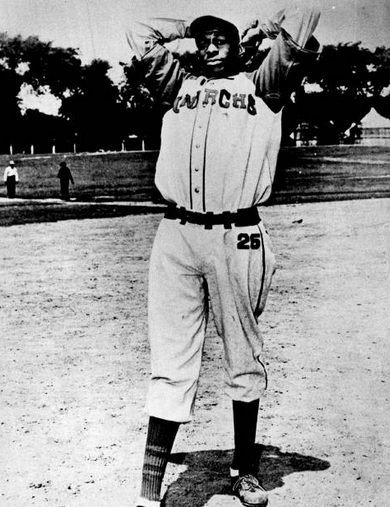 The Negro League World Series was reborn in 1942, the first such postseason matchup of the Negro League’s best teams since 1927. The Kansas City Monarchs won the Negro American League pennant, their fourth straight. The Homestead Grays, now mostly calling Washington their home instead of Homestead, Pennsylvania, had won their third straight Negro National League pennant and their fifth in six seasons. The series was a much-anticipated matchup in the continuing rivalry between two storied franchises of Negro League baseball. Game One would be played at Washington’s Griffith Stadium, the Grays’ home park.

The two teams had met three times during the season. The Grays and pitcher Roy Partlow defeated the Monarchs 2-1 in a 10-inning thriller before 26,113 at Griffith Stadium. Partlow later defeated the Monarchs again, 5-4 in 11 innings, in Pittsburgh. Another matchup saw the Grays pull out a 3-2 win before 20,000 at a drizzly Griffith Stadium.2 Those who avoided the rain that day could catch the game on WWDC radio, a novelty in the Negro Leagues that had begun earlier in the summer.3 Game One of the World Series was also broadcast by WWDC, allowing African Americans in the region captivated by their team and the rivalry to tune in.4 The Washington Post reported that two previous matchups of the clubs attracted over 48,000 spectators. A ticket to see the highly anticipated matchup could be purchased for $1.10, $1.35, or $1.65.5

The Post reported that in 10 appearances at Griffith Stadium that season (16 total games including doubleheaders), the Grays drew 102,690 patrons, an average of just over 10,000 per date.6 One person certainly capable of drawing crowds was the Monarchs’ starting pitcher on September 8, the legendary Satchel Paige, who had drawn over 68,000 fans to Griffith Stadium in his three previous appearances.7 Roy Welmaker, called the “crafty Grays lefthander” by Ric Roberts of the Baltimore Afro-American, took the Hill for the Grays.8 The umpires were John Craig, Ducky Kemp, and Scrip Lee.

Paige set down the first 10 batters in order. In the fourth inning, the Grays finally had a scoring opportunity against him. Sam Bankhead and Tom Easterling scorched singles to right. The legendary Grays catcher Josh Gibson came to the plate. Buck O’Neil, the Kansas City first baseman, remembered the friendly rivalry between the two icons. “In that game,” O’Neil recalled, “Satchel rode Josh mercilessly, telling him as he came to bat each time, ‘Look at you, you ain’t ready to hit. Come on up to the plate. Don’t be scared.’ But Josh also liked to ride Satchel. They liked to kid each other, and it was funny how they’d go back and forth.” Gibson swung, and O’Neil always remembered that crack of the bat. “I can still see that ball streaking across the dark blue sky. But we got a break in that Josh hit it to deep center field, and in Griffith Stadium center field was like the Grand Canyon.” It landed innocently in the glove of Willard Brown. “We all let out a big sigh of relief,” O’Neil said.9 Buck Leonard fouled out to catcher Joe Greene, ending the Grays’ only scoring opportunity of the day.

Both clubs went scoreless through the first five innings. Paige exited after five innings, having limited the Grays to two hits while striking out five and walking one.

Willie Simms struck out to open the sixth for the Monarchs. Newt Allen lined a single to center and moved to second on Ted Strong’s single to center. Brown grounded a double-play ball to second, where Matthew “Lick” Carlisle’s underhanded throw was dropped by shortstop Bankhead. Allen dashed home and scored as the throw went past Gibson to the backstop. Strong also tried to score on the miscue but was tagged out. The Monarchs were on the board, 1-0.

Side-arm thrower Jack Matchett replaced Paige and threw the final four innings. The 1-0 deficit was much larger in the minds of the Grays, who “curled up and bust” from that time on, in the words of the Washington Post.10 The Monarchs added three more runs in the seventh. With two out Jesse Williams singled to right. Matchett singled to left and Vic Harris seemed to be in slow motion getting to the ball as Williams raced to third. The runners executed a double steal with Matchett taking second and Williams sprinting home as the return throw was “3 feet short of the plate.”11 Simms nubbed a slow roller toward Jud Wilson at third but the veteran couldn’t hold on to it and by the time it was retrieved Matchett had scored from second. Allen doubled home Simms, and while Strong struck out to end the inning, the Monarchs had put three more on the board and led 4-0.

Matchett was unhittable in the final four frames, retiring the side in order in every inning. In the eighth, the Grays’ Carlisle booted a grounder that put Brown on first. Greene slammed a double to right to score Brown. O’Neil tripled to the right-field wall to score Greene (the Monarchs’ only earned run at that point) and increased the Monarchs’ lead to 6-0.

In the ninth the Monarchs punched two more runs on the board. Allen pounded his third hit, a single to right. He was forced at second on Strong’s grounder. Brown slammed a deep drive “to the coffin corner in deep center”12 and Strong scored. Greene singled to score Brown, putting the icing on the cake for the dominating 8-0 win. The huge Griffith Stadium crowd “sat aghast,”13 watching their stars commit six errors.14

The picture of Josh Gibson in the Baltimore Afro-American told the story well with the headline “Dejected by Defeat” as the legend sat at his locker “looking forlorn and dejected.”15 The series would continue to be a dejected affair for the Grays, who were swept in four games. The Grays did win Game Four in Kansas City, but the game was officially thrown out over their use of illegal players. The series also dragged out over the entire month as the teams sought to earn extra money between games with exhibition contests in smaller venues. “It might seem odd,” O’Neil said decades later, “playing between games of the World Series, but that’s the way it was done. World Series or not, there were a lot of folks in those towns who’d pay to see us play.”16

In the games that counted, however, the one constant was the presence of Paige, who pitched in each of them, and led the Monarchs to the Negro League title.