This article was written by Mel Marmer

Named to the 1964 National League All-Star Game roster as a reserve outfielder, Johnny Callison wound up as the game’s hero, hitting a dramatic walk-off three-run homer with two outs in the ninth inning to give the NL a 7-4 victory. 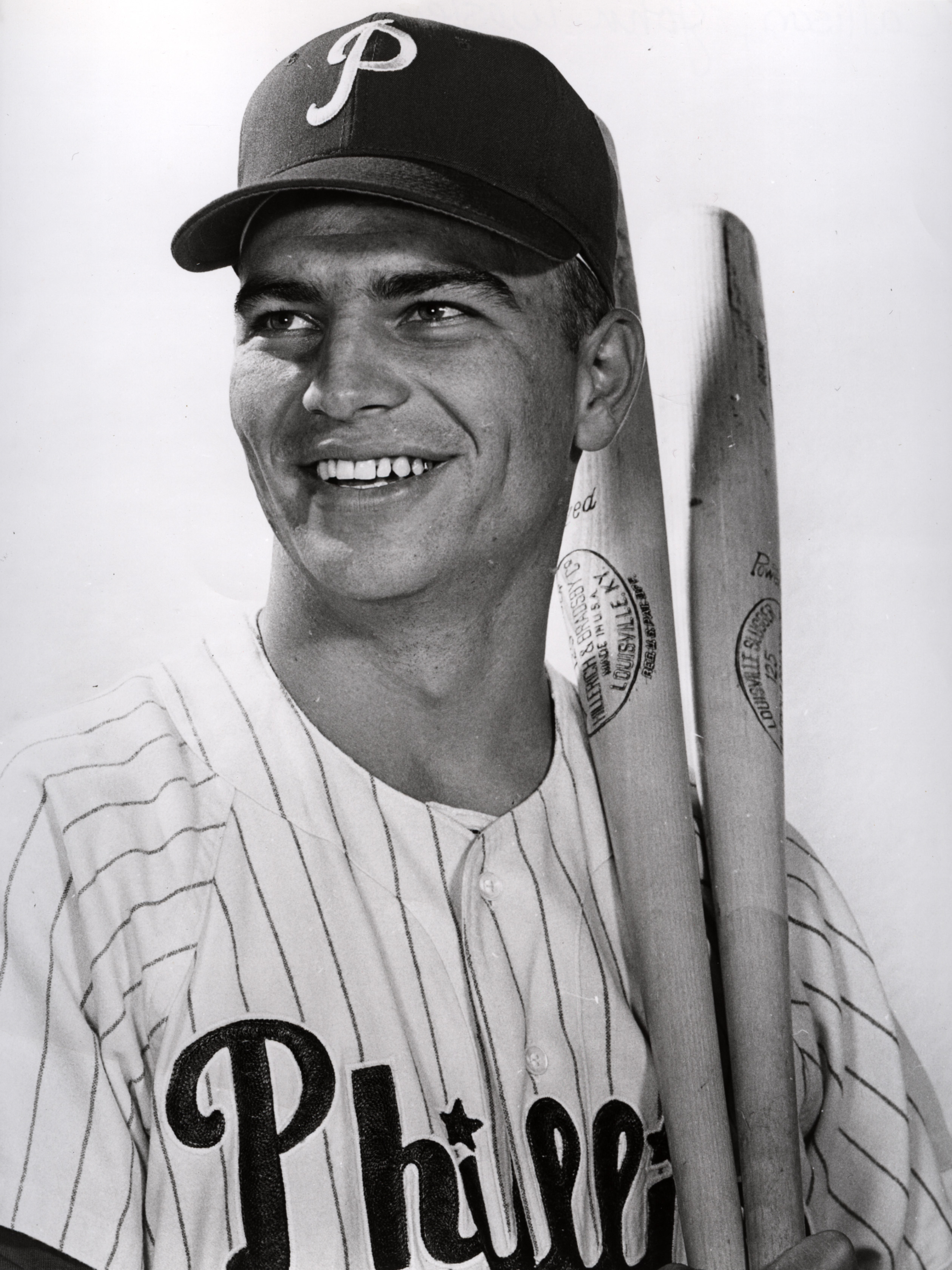 Named to the 1964 National League All-Star Game roster as a reserve outfielder, Johnny Callison wound up as the game’s hero, hitting a dramatic walk-off three-run homer with two outs in the ninth inning to give the NL a 7-4 victory.

The 35th midsummer classic was played on Tuesday, July 7, at Shea Stadium in Queens, New York, the home of the New York Mets. The managers were Walt Alston of the Los Angeles Dodgers for the National League and Al Lopez of the Chicago White Sox for the American League.

The players, managers, and coaches selected the All-Star starters in those years and the managers named the reserves and the pitchers. Though the Phillies were in first place, no Philadelphia players were picked as starters. Callison and pitchers Jim Bunning and Chris Short were added by Alston. Callison felt that his teammate Richie Allen (later called Dick Allen) should have been named the starting third baseman, but the Cardinals’ Ken Boyer got the nod, and the Cubs’ Ron Santo finished second in the balloting.

Callison joined NL starting outfielders Roberto Clemente, Billy Williams, and Willie Mays, and reserves Curt Flood, Hank Aaron, and Willie Stargell. Callison had prior All-Star experience— he had been named a reserve outfielder and saw action as a pinch-hitter in both 1962 All-Star contests. He singled in the first game, won by the NL, 3-1, on July 10, and drew a walk in the second game, won by the AL, 9-4, on July 30. (From 1959 to 1962 there were two All-Star Games each season, a move made to bolster the players’ pension fund.)

The starting pitchers for the 1964 contest were Dean Chance of the Los Angeles Angels and Don Drysdale of the Los Angeles Dodgers. Before a crowd of 50,850, the American League scored in the top of the first inning on a single by Harmon Killebrew. Dean Chance allowed just two hits in four innings. Jim Bunning replaced Drysdale in the top of the fourth inning, and John Wyatt replaced Chance in the bottom of the inning. Wyatt allowed two runs on home runs by Billy Williams and Boyer, and it was 2-1, National League. The NL added another run in the bottom of the fourth on a double by Dick Groat.

The American League scored two runs off Short in the sixth on a triple by Brooks Robinson, tying the score at 3-3. The AL scored another run in the seventh on a sacrifice fly by Jim Fregosi to make it 4-3.

Pitcher Dick “The Monster” Radatz came into the game for the American League in the bottom of the seventh inning. He struck out Bill White and Leo Cardenas on called third strikes, and got Callison to hit a fly ball to deep center field. It stayed in the park and was caught, but Radatz thought he’d better throw Callison high heat if he faced him again.

The National League came to bat in the bottom of the ninth inning still trailing 4-3 and Radatz was still pitching. Willie Mays led off and battled Radatz to an 11-pitch base on balls. Radatz thought he had Mays struck out on a 2-and-2 pitch, but the pitch was called a ball. Radatz was upset with the call and walked Mays, who then stole second base. Orlando Cepeda singled, and Mays scored on a throwing error by first baseman Joe Pepitone to tie the score at 4-4. Ken Boyer hit a pop fly for the first out. Radatz walked Johnny Edwards intentionally. Hank Aaron pinch-hit for second baseman Ron Hunt and struck out for the second out.

Johnny Callison was up next. He had borrowed a lighter bat from Billy Williams so he could speed up his swing. Radatz remembered that Callison earlier hit his low pitch to deep center field, where Mickey Mantle had to make a nice catch on it near the wall. So Radatz started Callison off with a high fastball. Callison figured Radatz might start him off that way, and thought that if it was close to a strike, he’d swing. He guessed correctly and deposited the ball into the right-field stands for a 7-4 NL victory.

The Phillies never made it to the World Series in ’64; nor did Callison in his career. This was the finest moment of his career. Callison was named to one more All-Star Game in 1965. Selected as a reserve, he did not play in the NL’s 6-5 victory.

MEL MARMER lives in Philadelphia, Pennsylvania and Piegaro, Italy with Vickie Schafer Aspinwall and their two dogs, Thatcher and Eli. Mel has two daughters and two grandsons. He is an alumnus of the University of The Arts, Philadelphia, with a degree in Graphic Design. He writes poetry, and short stories. He enjoys literature, history, and baseball, and gets (mostly) down with the Phillies.