This article was written by David Vincent

Bob Davids (1926–2002), a career federal-government employee, never played professional baseball. His impact on the game, however, has been deep and lasting, as in 1971 he founded the Society for American Baseball Research. SABR has exerted a powerful influence over how baseball is quantified and discussed, and its existence is a logical extension of Davids’s love for baseball as well as of his chosen career path. 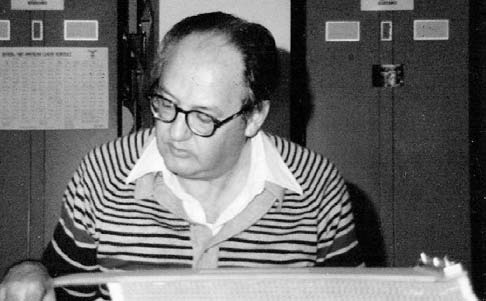 Leonard Davids was born in Iowa in 1926. He acquired the nickname “Bob” early in life and later used the name “L. Robert Davids.” He was a star pitcher on his high-school baseball team and began studying baseball history in 1939. Davids moved to San Diego in 1943, where he attended prep school and worked in an aircraft factory. He enlisted in the U.S. Army Air Force in 1944 and flew as a gunner in the same aircraft type he had helped build. During his two years overseas he took two baseball publications with him, including the 1945 Baseball Register.

After leaving the military, Davids enrolled at the University of Missouri, where he earned a bachelor’s degree in journalism and a master’s degree in history. Later, he earned a PhD in international relations from Georgetown University.

Davids began his thirty-year federal civilian career in Washington with the Department of Defense in 1951, transferring to the Atomic Energy Commission in 1958. In 1968, he received a Congressional Fellowship and spent the next year working with Congress. He traveled as part of a delegation in 1969 for ceremonies commemorating the hundredth anniversary of the first professional baseball team. After his fellowship ended, he worked for various agencies that grew from the AEC. Davids, 55, retired from federal service in 1981.

Roll Call, the Capitol Hill newspaper, published under David’s byline many articles on Congressional history, between 1960 and 1975, on Congressional history. Around the same time, he wrote many baseball articles for The Sporting News (between 1951 and 1965), including a number of full-page features. In the mid-1960s, The Sporting News reduced its coverage of baseball in order to expand its coverage of other sports, and Davids lost his outlet for historical articles. This led him to create his own publication, Baseball Briefs, a monthly newsletter he started in 1971.

On Davids’s forty-fifth birthday, March 19, 1971, he mailed approximately thirty-five invitations to a meeting in Cooperstown. The addressees included persons interested in baseball history and statistical research. Davids called them “statistorians.” On August 10, 1971, sixteen people established SABR at a meeting at the Hall of Fame Library. Davids was elected the first president, an office he held three separate times. In addition, he served as a member of SABR’s board of directors in two separate terms.

Davids’s expectation for SABR was that it would be “a cozy research group with its own publications.” He ran the organization from his home in northwest Washington, D.C., for ten years. He invited articles for SABR’s publications and welcomed presentations on a wide range of topics.

For many years, Davids spent hours at a time doing research at the Library of Congress. He also took semiannual research trips to the Hall of Fame Library. At SABR meetings, Davids was famous for his “warm-up quizzes,” which took unusual and humorous looks at the game. The epitome of the baseball researcher, Davids was also a member of the Professional Football Researchers Association and the International Boxing Research Organization.

In 1985, the SABR board of directors established the Bob Davids Award, which is considered the society’s highest honor. Davids died in 2002 and is buried at Arlington National Cemetery.

“Renaissance man” is a term that has gone out of vogue. Bob Davids was a Renaissance man, interested in baseball, boxing, football, politics, Congress, the presidency, longevity, and coin and stamp collecting. He often tied these topics together in his articles.

He was a kind person and generous with his time and knowledge to everyone he came in contact with. SABR has enriched the lives of many people through the friendships made, the events attended, and the lessons learned. Bob Davids’s legacy lives on in the organization he founded and in the many people whose lives he enhanced.