This article was published in the Spring 2014 Baseball Research Journal 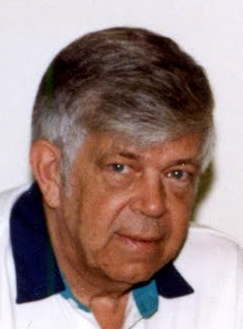 Much of what we know about the history of baseball uniforms we owe to Marc Okkonen (b. 1933). In his meticulous research, Okkonen exhaustively cataloged major league uniforms dating back to 1900, which he turned into a ground breaking book, Baseball Uniforms of the 20th Century: The Official Major League Baseball Guide. We now have a record of the uniform worn by every team, both home and road, for each year since 1900. Okkonen’s inquiry required tracking down the colors for early twentieth century uniforms, a task made considerably more difficult by the lack of color photographs.

Born and raised in Muskegon, Michigan, Okkonen graduated from Muskegon High school in 1951. Over the years he maintained a strong connection to his hometown, publishing several booklets on its history. A publications consultant, freelance artist, and writer professionally, Okkonen waited until later in life to get his college degree, graduating from the University of Michigan–Dearborn in 1970. As a long time Tigers fan, Okkonen had a special interest in the various Detroit baseball stadiums that stood at Michigan and Trumbull Avenues, the only twentieth century location at which the Tigers played until the coming of Comerica Park.

In 1984 when his Tigers won a World Championship, seeing Bernard Malamud’s novel The Natural get turned into a movie helped catalyze Okkonen’s interest in investigating baseball uniforms. “I knew some of them were wrong. I think that was the spark that sent me on my research,” Okkonen told Marty Appel.

Okkonen’s investigations took him to a sports library in Los Angeles, the Baseball Hall of Fame in Cooperstown, New York, and the Library of Congress in Washington, DC. To facilitate his work he moved to upstate New York for a time to be closer to the Hall. Okkonen’s artistic ability vividly enhanced his findings. He envisioned a two-dimensional faceless manikin on which to illustrate each uniform: standing, left hand on hip, right hand holding the bat a couple inches above the knob and slung over the shoulder. This pose allowed the entire uniform to be highlighted and compared to others, from the cap to the socks.

Because of the high cost of production for a book with numerous color photos and images, it took longer than he hoped to find a publisher. While Okkonen searched for a publisher, he worked with several teams on anniversary-type projects that included his uniform research. Finally, in 1991, the fruits of his efforts were rewarded, and Okkonen’s masterpiece was released by the Sterling Publishing company. Two years later he published a revised, paperback edition.

Okkonen also authored the first book on the Federal League, an achievement and resource that stands the test of time with a matchless collection of photographs, ballpark information and drawings, and front office and roster information. Similarly, Okkonen produced a series of books titled Baseball Memories that incorporates a comprehensive and distinctive collection of photographs and illustrations in conjunction with well-researched text to chronicle various decades in the twentieth century. Likewise, Okkonen applied his distinctive style to Tiger legend Ty Cobb in The Ty Cobb Scrapbook: An Illustrated Chronology of Significant Dates in the 24-Year Career of the Fabled Georgia Peach—Over 800 Games From 1905–1928. Okkonen also created 2000 Cups of Coffee, which contains images of players whose major league careers lasted for ten or fewer games during the 1900–1949 era. For his home state, Okkonen put together another pictorial and overview gem, Minor League Baseball Towns of Michigan: Adrian to Ypsilanti, the teams & the ballparks of the Wolverine State from the 1880s to the present.

By turning his artistic eye to baseball and pursuing his passion, Marc Okkonen left baseball researchers with a singular legacy. He created several books that captured baseball’s eras and leagues, enhanced and made indispensable by the numerous photos and illustrations he unearthed. But most importantly, Okkonen’s research delivered a comprehensive and visually appealing illustration of baseball uniforms from the twentieth century.