This article was published in the The National Pastime: Baseball in the Sunshine State (Miami, 2016)

A poetic ode to spring training in the Sunshine State. 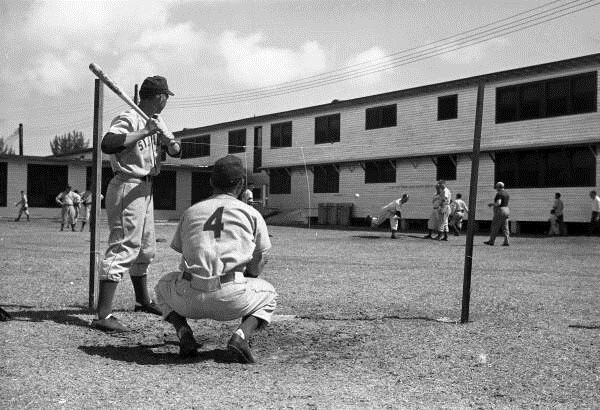 When I was a boy, 16 years old,
And the majors had 16 teams;
Mention of Florida brought refreshing thoughts,
Along with pennant dreams.

The time was 1960,
But those vibes came every spring
For sports fans spread across the land
When baseball ruled as king.

Romanticism fed my thoughts
Of carefree sites of joy;
Amid sunshine, beaches, rejuvenation and hope,
Few problems could annoy.

Optimism seemed to fill those weeks,
As news of each camp spread;
Folks eagerly awaited reporters’ critiques
And news of what skippers said.

People were drawn to The Sporting News
And to radio interviews
For subtle facts about each team
And for emerging clues.

Twelve teams toiled under Florida’s sun,
Datelines became well-known;
Places where prospects took their tests
And where much hype was sown.

The Tigers roamed in Lakeland,
Fort Myers was the Pirates’ haunt;
Yanks and Cards trained in St. Pete,
Which had two parks to flaunt.

Clearwater enjoyed its Phillies (as in baseball, not cigars),
Tampa welcomed a bunch of Reds (but not the Commie kind!)
Orlando hosted the Senators in pre-Disney days …
To tourists, roaming everywhere, all the world seemed fine.

The A’s and Dodgers were based near beaches — Vero and West Palm;
Baseball held on to center stage
With great scenery as its balm.

Cool nights in late season were distant thoughts
As the players ran their sprints;
Aching muscles produced by hours of drills
Made stars and rookies wince.

Old guys prayed for one more good year,
While traded ones adjusted;
Most reveled in their new, fresh start
With few men yet disgusted.

Disappointments would come in the months ahead
But, for now, the birds were singing;
As pitchers nibbled around home plate
And hitters kept on swinging.

Soon the teams would head up North
To settle pennant races;
Prepared for the summer, players made those trips—
Florida had put them through their paces!

FRANCIS KINLAW, a member of SABR since 1983, has contributed to 16 convention publications. He resides in Greensboro, North Carolina, and writes extensively about baseball, football, and college basketball. When the North Carolina Tar Heels won the NCAA basketball championship in March of 1957, he was certain that a World Series victory by “his” Detroit Tigers would follow later that year. He was to learn, however, that one utopian dream per year was his limit.