This article was published in the The National Pastime: Baseball in the North Star State (Minnesota, 2012)

A poetic tribute to the late Harmon Killebrew. 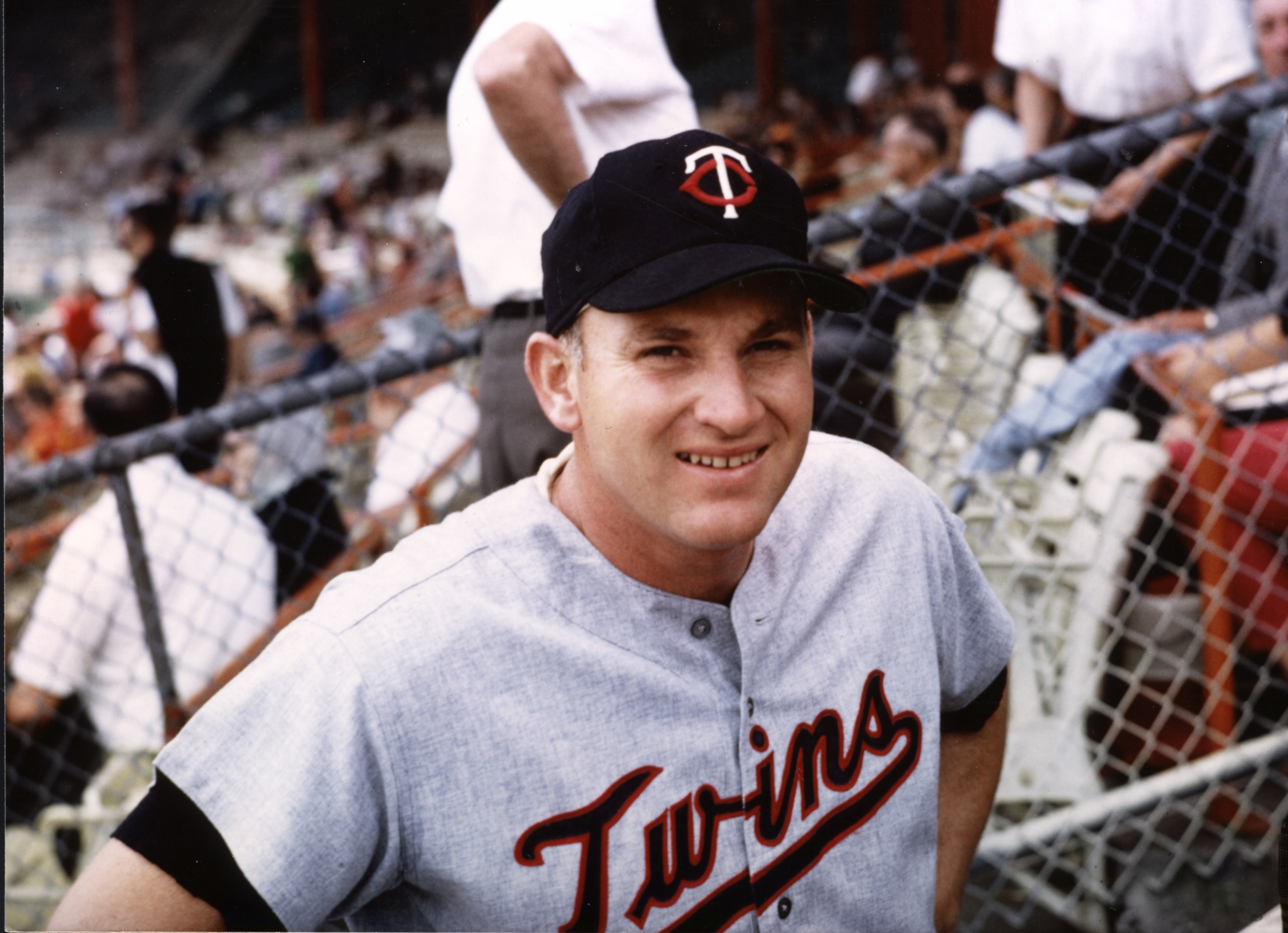 Harmon Killebrew died today,
Another on a list of boyhood heroes gone;
Passing years deprive us of the joys of our youth
And of icons who made it special.

Wasn’t it only last month that a “Bonus Baby” was born…
This quiet son of Idaho, bringing excitement to staid Washington?
A diamond star from “The Gem State,” lifting spirits and his struggling team,
Enlivening the City of Power in the era of Ike.

It was he who sparked the imagination of a Southern kid
Who in backyard games dreamed of playing for the Senators;
Not for the Yankees with all their stars,
But for the lowly Nats, with their emerging slugger.

Wasn’t it only last week that this man with the solid physique
And a simple yet distinctive stance and swing,
Pounded a triple to the deep recesses of Yankee Stadium’s outfield
That would become ingrained in the mind of a soldier on his way to Vietnam?

No, that blow occurred back on Easter Sunday in ’68
When the future Hall of Famer was in his prime;
When he was hitting towering fly balls and home runs
With humility in the face of success which invited arrogance.

Wasn’t it only yesterday that the statistics of this genuine star
Confirmed his exalted status among the sport’s best?
If there were a Mount Rushmore for the sluggers of his time,
His face would be chiseled in stone more firm than his arms.

The Reaper claims even the strong and the great,
Legends are removed from the scenes of their glory;
Physical features are taken, no matter how imposing,
But spirits and impressions and respect are left behind!

“The Killer” lives now in memory with a number “3” on his back
Like the immortal Bambino—though with much less flair;
As time marches on, as notable moments float into the past,
These traits we remember:

FRANCIS KINLAW has contributed to twelve SABR convention publications and written extensively about baseball, football, and college basketball. He has attended 16 SABR conventions, that number matching the number of doubles hit by Harmon Killebrew during the Twins’ pennant-winning season of 1965. A member of SABR since 1983, he resides in Greensboro, North Carolina.