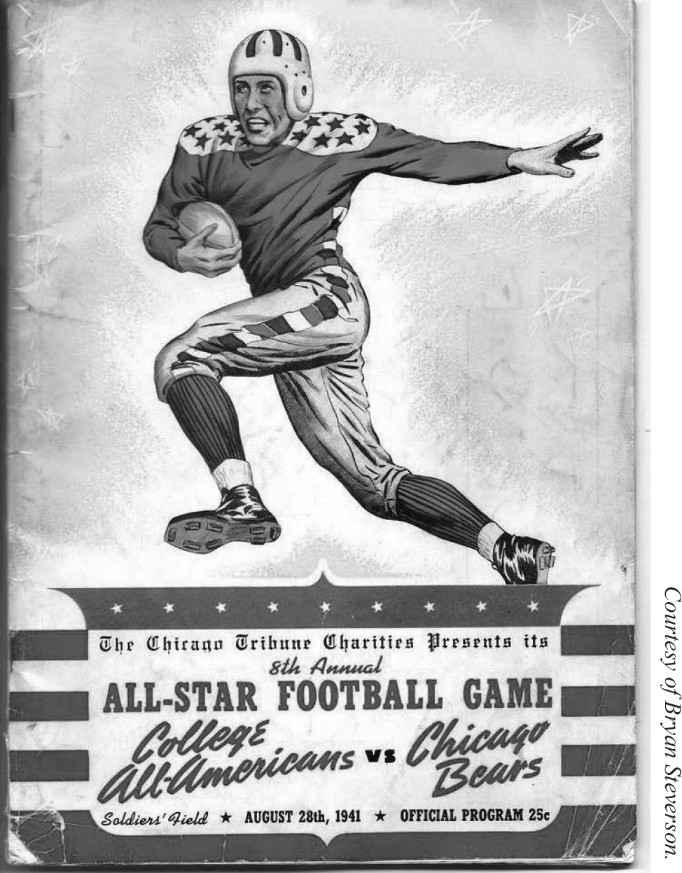 “There but for the grace of God” is an expression used when someone avoids a very serious situation, possibly life-threatening, and gives credit to the Almighty.1 In the life of Jack Roosevelt Robinson, this thankfulness applied on December 7, 1941.

After a disappointing 1940 football season in which the UCLA Bruins won only one game, and against the advice of coaches and family, the 22-year-old Robinson withdrew from the university in the spring of 1941. One semester short of graduating, he was given an “honorable dismissal.”2

Upon leaving UCLA, Robinson, after also starring for the Bruins in basketball, track, and baseball, became the subject of high praise from the press. As UCLA’s first four-sport letterman, a columnist labeled him as “the greatest colored athlete of all time,” comparing him to such great Black athletes “as Jesse Owens, Paul Robeson, Jack Johnson, and Joe Lewis.” Some even compared him to Red Grange, football’s famous “Galloping Ghost,” and the outstanding Native American athlete Jim Thorpe.3

After UCLA, Robinson went to work for the National Youth Administration as an assistant athletic director.4 The camp was in Atascadero, California, halfway between Los Angeles and San Francisco. He played baseball and counseled troubled youths. The youngsters craved attention and the understanding and discipline Robinson could instill. For Robinson, it was a satisfying experience.5 The NYA was a New Deal program that closed in 1943.6

On August 28 Robinson played in the eighth annual College All-Star Game, against the NFL champion Chicago Bears at Soldier Field in Chicago. In addition to a national television audience, the game was witnessed by more than 98,000 spectators. Halfback Tom Harmon from the University of Michigan (father of future UCLA quarterback and actor Mark Harmon) received the most votes, over 1.4 million, in a nationwide poll with fellow halfback Robinson receiving more than 750,000 votes.7 As the All-Stars lost to the Bears, 37-13, Robinson caught a 36-yard pass from Boston College’s Charlie O’Rourke for a touchdown8 and Robinson became the first Black player to score a touchdown in the annual game. Bears defensive end Dick Plasman gave the former UCLA running back high praise, describing Robinson as “the fastest man I’ve ever seen in uniform, and further, the only time I was worried about the game was when Robinson was in there.”9

During this time, Robinson’s mother, Mallie, was facing financial difficult times, and he felt a need to help. The youngest of five children, Jackie was especially close to his mother. He joined the professional Los Angeles Bulldogs of the Pacific Coast Professional Football League. The Bulldogs were an integrated team as were the league’s Hollywood Bears, who had Robinson’s former UCLA Black teammates, All-American halfback Kenny Washington and end Woody Strode, on their roster. Soon Robinson was signed by the Honolulu Bears of the semipro Hawaii Senior Football League. Joining him on the island team was his close friend and Pasadena Junior College and UCLA teammate Ray Bartlett. Both men worked construction jobs during the day and earned $100 a game playing for the Bears.10

By early December, Robinson was homesick and wanted to leave Hawaii. On Friday, December 5, the star halfback said farewell to Bartlett and others as he boarded the passenger liner Lurline for the trip back home. Two days later, on Sunday, December 7, while the ship was en route to San Francisco, the Japanese attacked the Pearl Harbor military base. Robinson was playing cards with other men on the ship at the time. To their surprise, the ship’s crew had been directed to paint all of its windows black. Very soon thereafter, the captain ordered everyone up on deck, giving them the news of the attack. The United States became enmeshed in World War II.

The Lurline moved carefully and stealthily through the night of December 7, sailing in and out of what would have been its regular sea lane. Robinson remained on emotional edge until the California coastline came into view.11

Homesick and realizing semipro football and construction jobs had a limited future, Robinson sought another job.12 He found employment at Lockheed Aircraft in Los Angeles, then on March 23, 1943, was drafted into the US Army.13

Regarding his return, Robinson said he, in fact, had two bookings to leave Hawaii. One was the early December booking, which he accepted, and the other was on January 2. Homesickness prompted his selection of the December 5 date. He could arrive in California in time to sign up to play once again with the Bulldogs.14

What would have happened had Robinson chosen the January 2 departure from Hawaii? The December attack on Pearl Harbor took more than 2,400 American military and civilian lives. Another 1,000 were wounded.15 What would Robinson’s fate have been on that horrific Sunday? Is it possible he could have been one of the casualties?

As for his December 5 departure, what if Japanese submarines lurking off the coast had sunk the Lurline thinking it was a troop transport? What would baseball and the nation have lost?

Some, including sports journalist and author, Howard Cosell, consider Robinson the greatest American athlete of all time.16 Some historians, among them Doris Kearns Goodwin,17 George Will,18 David Halberstam,19 Tom Brokaw,20 and Ken Burns,21 have called Robinson one of the greatest Americans of the twentieth century.

In an interview with television host Larry King, Dr. Martin Luther King described Robinson, not himself, as “the founder of the modern civil rights movement.”22

Jackie Robinson was a change agent in American history.

There but for the grace of God, the nation on December 7, 1941, almost lost a role model and true national hero.

BRYAN STEVERSON is a baseball fan dating back to the Class-B Piedmont League of the late 1940s. He is the author of three books: Amazing Baseball Heroes, Inspirational Negro League Stories (2011); Baseball, A Special Gift from God (2014); and Baseball’s Brotherhood Team (2018), and has contributed to other edited works on the game. He is a 1964 engineering graduate from Virginia Tech with postgraduate studies at the University of Minnesota and Cal Poly Pomona. A retired chief metallurgist in a Fortune 500 corporation, Bryan and his wife, Barbara, have five children and nine grandchildren. They currently reside in Venice, Florida, spring-training home of the Atlanta Braves.

1 “The Free Dictionary by Farlex,” idioms.thefreedictio-nary.com/There+but+for+the+grace+of+God.

21 Kenny Mayne interview with Ken Burns, April 2016, prior to the premiere of the PBS documentary Burns produced on Jackie Robinson. kenburns.com/films/jackie-robinson/.