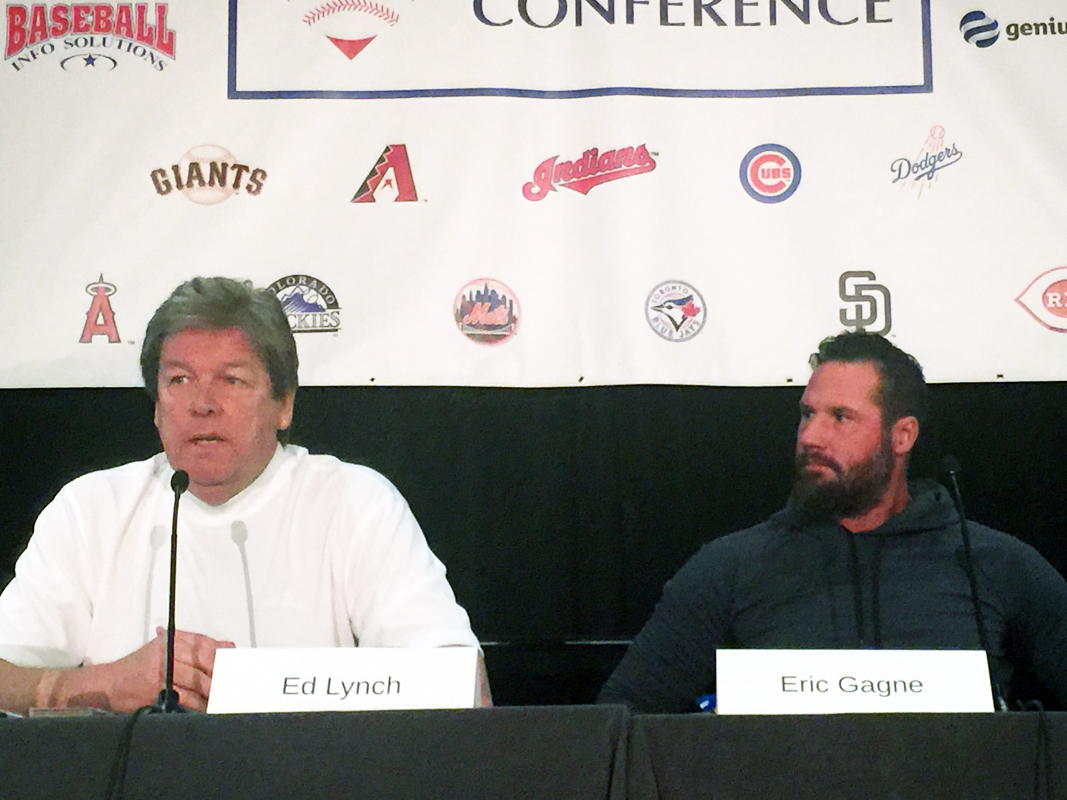 At the 2018 SABR Analytics Conference, a former Cy Young Award winner shared his side of the story in a memorable duel with baseball’s all-time home run champion and a pitcher-turned-executive talked about using analytics on the mound.

The SABR Analytics Pitching Panel on March 11, 2018, in Phoenix included Eric Gagné, the 2003 National League Cy Young Award winner with the Los Angeles Dodgers and now a coach in the Texas Rangers organization; and Ed Lynch, a former reliever with the New York Mets and later Chicago Cubs general manager and a Toronto Blue Jays scout. The panel was moderated by veteran sports writer and columnist Barry M. Bloom.

ON ALLOWING A HOME RUN TO BARRY BONDS IN 2004

ON USING ANALYTICS AS A PITCHER 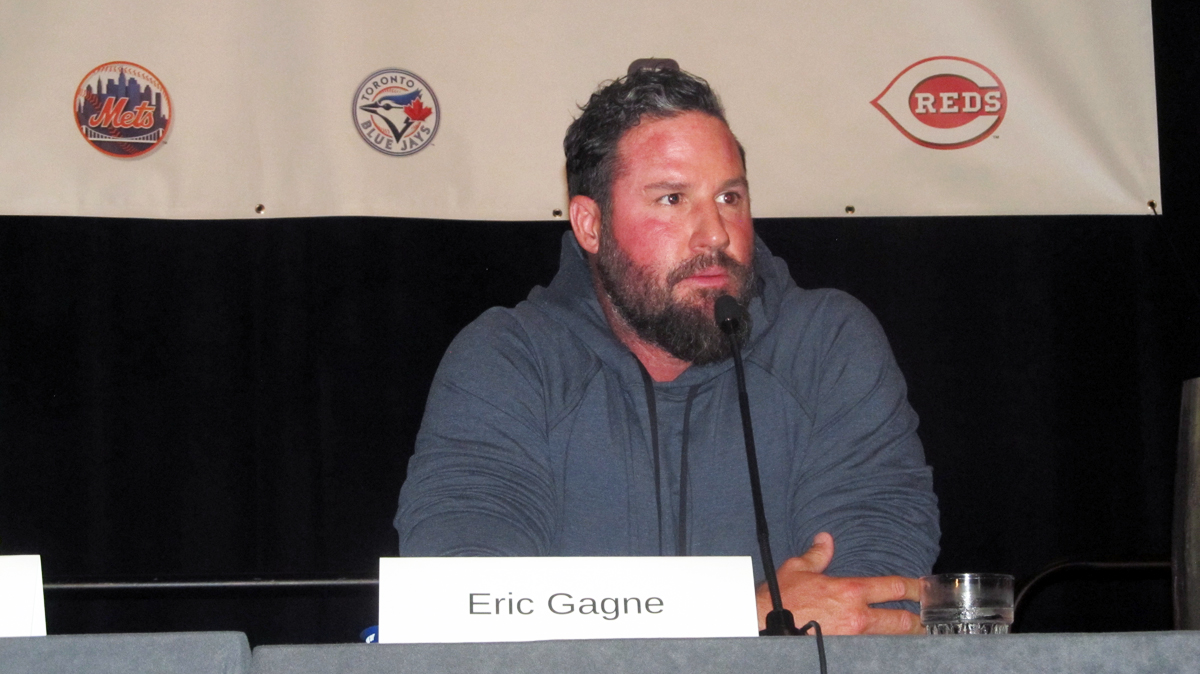 ON THE NECESSITY OF CLOSERS

ON PITCHERS’ APPROACH AND GAMEPLANS