The Training Pitchers panel at the 2019 SABR Analytics Conference, presented by MLB and KinaTrax, focused on how the evolution of innings demands has changed how pitchers train.

The panel on March 9, 2019, featured Dr. Steven Cadavid of KinaTrax, Seth Daniels of Rapsodo, Eno Sarris of The Athletic, and Scott Radinsky, former MLB pitcher and coach. It was moderated by Arizona Diamondbacks broadcaster Steve Berthiaume. 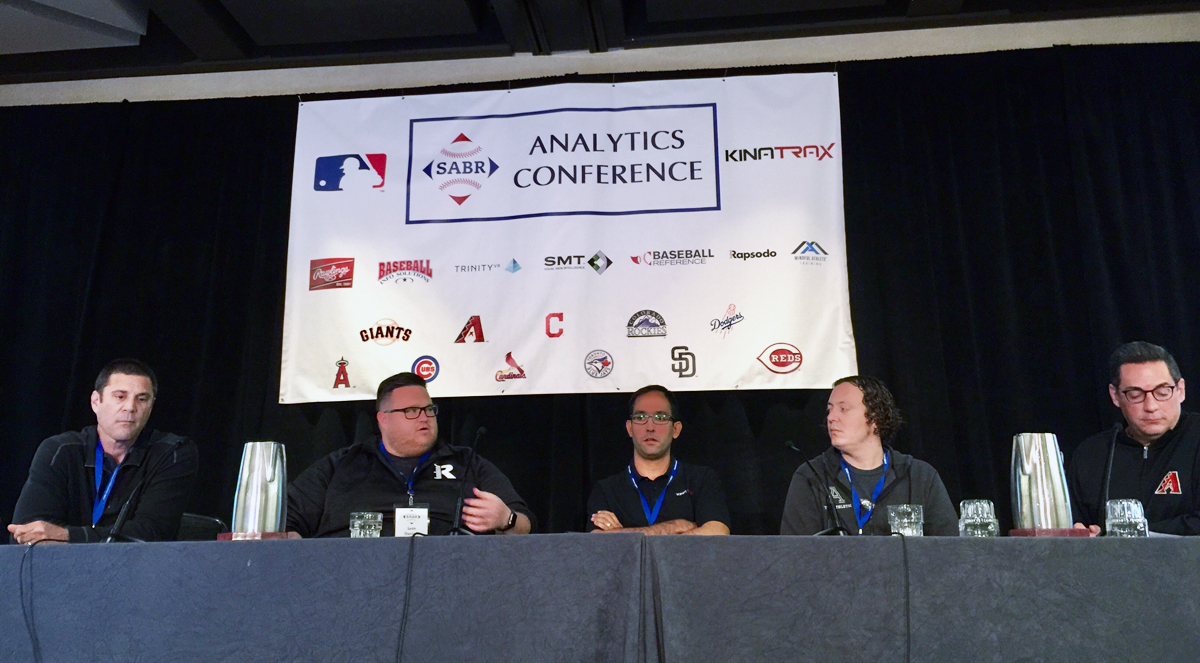 ON VETERAN PITCHERS’ OPENNESS TO ‘THE OPENER’:

ON CHANGING PITCHER ROLES AND HOW IT AFFECTS THEIR REPERTOIRES:

ON USING TECHNOLOGY AS A PITCHING COACH: 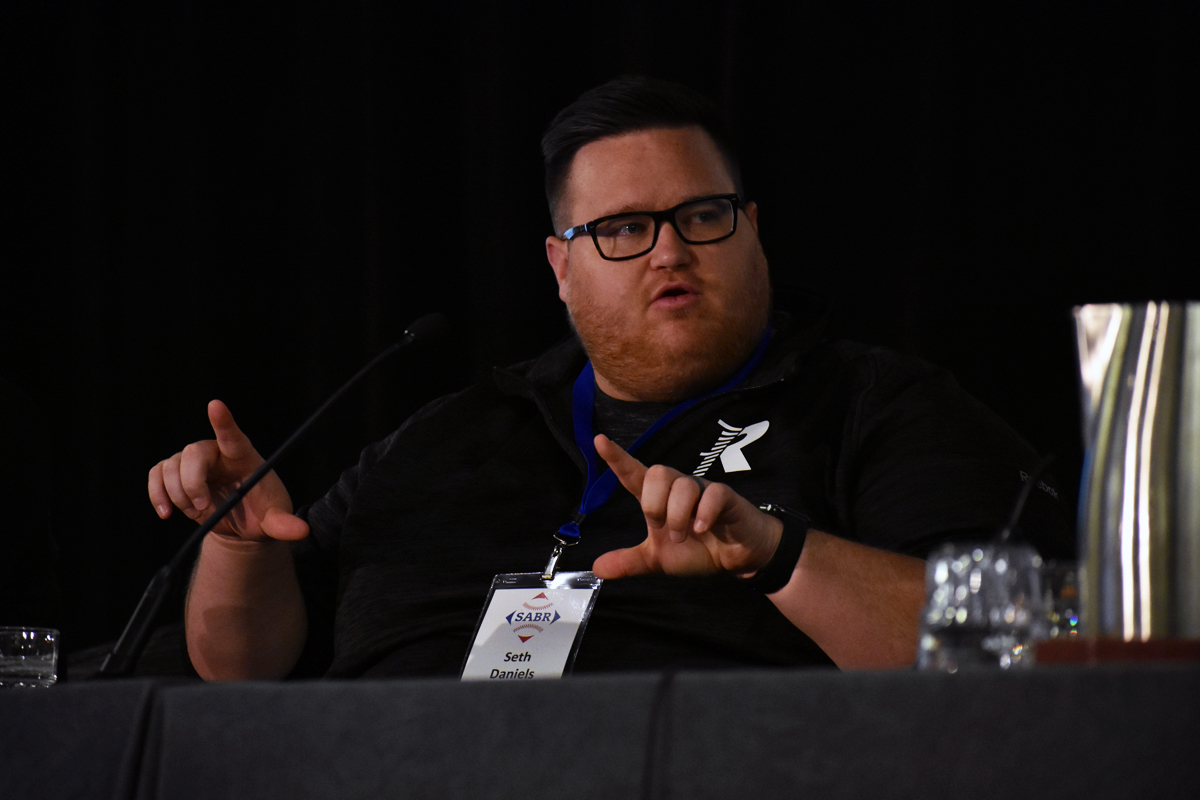 ON TECHNOLOGY’S ROLE IN CREATING NEW ROLES FOR PITCHERS:

ON PLAYERS BUYING THEIR OWN RAPSODO DEVICES: