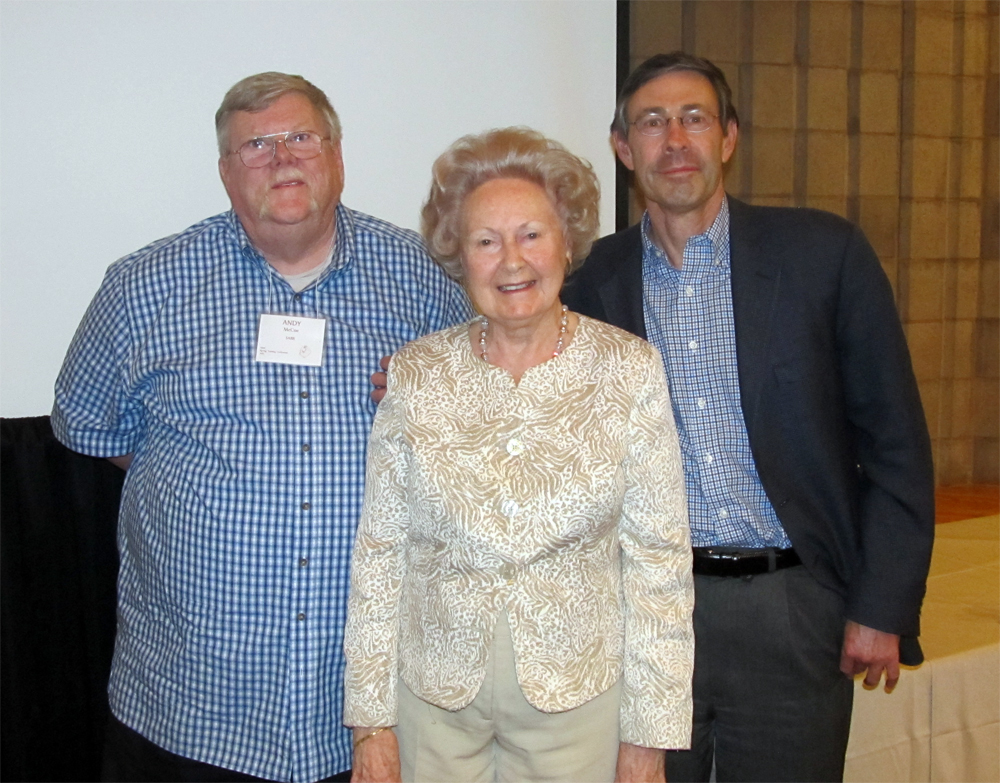 “It’s an honor to stand up here because I can see so many previous winners in the audience,” said McCue, a past SABR President, who noted the attendance of Rob Fitts (2013), Lee Lowenfish (2008), David Block (2006), Charles Alexander (2003), and Lyle Spatz (2011) — who, along with McCue, is the only other winner of both the Seymour Medal and the Bob Davids Award, SABR’s highest honor.

The Seymour Medal honors the best book of baseball history or biography published during the preceding calendar year. McCue’s Mover & Shaker was published by the University of Nebraska Press.

A highlight of the 22nd annual NINE Conference was keynote speaker Terry Cannon, a SABR member and founder of the Baseball Reliquary, a Southern California-based nonprofit organization that recently launched the Institute for Baseball Studies at Whittier College.

On Wednesday, March 11, Lowenfish chaired a special session on baseball scouts and player development that included panelists Roland Hemond of the Arizona Diamondbacks, Marty Lurie of the San Francisco Giants, and Don Welke of the San Diego Padres.

Research presentations at the NINE Conference included “Pat Gillick and his ‘Many Rivers’ by Dan Levitt; “Baseball Cinema Challeges the Hollywood Blacklist” by Ron Briley; “The Media and Dick Allen” by Mitchell Nathanson; “A Lady Sporting Editor: Ina Eloise Young” by Donna Halper; and “Hugh Fullerton, the Black Sox Scandal, and the Ethical Impulse in Sports Writing” by Steve Klein.